Think groceries were costly in 2015? Expect higher prices in 2016 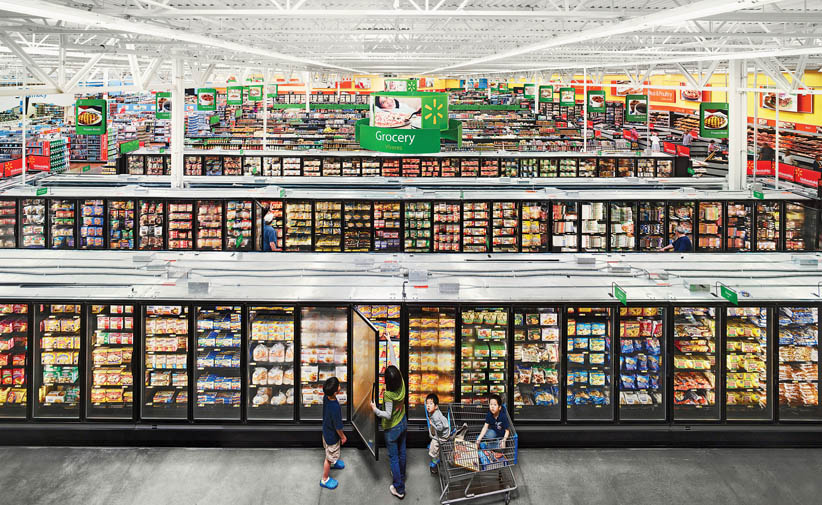 TORONTO – If a trip to the grocery store seems expensive now, just wait till 2016.

Executives from grocery chains have warned there’s no immediate relief in sight from increased food costs and a sinking loonie that have led to higher prices, and researchers suggest consumers will have to deal with more sticker shock in the year ahead.

The University of Guelph’s Food Institute estimates the average Canadian household spent an additional $325 on food this year. On top of that, consumers should expect an additional annual increase of about $345 in 2016.

Since 81 per cent of all vegetables and fruit consumed in Canada are imported, they are highly vulnerable to currency fluctuations. They are pegged to increase in price by four to 4.5 per cent in the new year.

“It means that essentially families will have to spend more on these two items without many options, unfortunately,” says Sylvain Charlebois, lead author of the university’s sixth annual Food Price Report.

The study does note that meteorologists are calling for El Nino to be a “significant factor” in 2016, causing more rain in produce-producing parts of the U.S.

“We are expecting El Nino to have a positive impact on water scarcity in many areas in North America and in particular California, so agricultural output could increase,” said Charlebois.

“But it won’t offset the inflationary effects of the dollar.”

Meat prices, which rose five per cent last year, are expected to increase up to another 4.5 per cent in 2016; fish and seafood could rise by up to three per cent; and dairy, eggs and grains could see a two per cent increase.

“We continue to have strong inflation in fresh (foods), although it has been moderating over the course of the year. It’s really the second year of strong fresh-food inflation,” said Weston while recapping the company’s third quarter results.

“It’s really, really hard to predict inflation, so we try and be conservative in our own planning…. We didn’t expect quite the level of inflation that we have right now to sustain all the way through the year, so it’s hard to say for sure what’s going to happen in 2016.”

In summarizing his company’s fourth quarter earnings, Metro Inc., president Eric La Fleche signalled to investors that higher food costs will inevitably be passed onto consumers, as much as competition allows.

“While remaining very competitive in a competitive environment, we’re successful in passing some inflation. I think we did a good job overall to do that, and judging by the margins we’re delivering, I think it’s something that’s a fact. So hopefully, we can continue to do that.”

Given that the UN’s Food and Agriculture Organization has declared 2016 the International Year of the Pulses — which is important to Canada as one of the world’s largest growers of pulses (lentils, chickpeas, beans, dry peas) — Charlebois expects there to be more emphasis on cheaper protein alternatives.

“There’s all kinds of reasons why we should be using and enjoying our pulses more. They’re affordable, they’re nutritious, they have a great source of protein, they have a low environmental footprint,” Stewart said.

Consumers can also make an effort to reduce food waste, which is estimated to be far more costly than food inflation.

A report last year by Provision Coalition, an advocacy group for the food and beverage industry, used Statistics Canada data and other research to estimate that the average household wastes about $1,500 worth of food a year.

“I think becoming more savvy about our food and not wasting it is important as well, so … we make good use of those grocery dollars.”

Some other tips from Stewart for dealing with increased food costs:

— Rather than buying strawberries in winter when the price is higher and quality is lower, stick to seasonal pears, oranges, grapefruits and pomegranates.

— Frozen and canned produce can be great alternatives when a particular fruit or vegetable spikes in price.

— Choose less expensive cuts of meat that can be stewed, marinated, braised or prepared in the slow cooker.

— Cut down on fancy coffee, pop, candy, cookies and salty snacks and spend that money on more healthy calories.