This Halloween, paint your pumpkin teal

The new Halloween trend isn't a fashion choice, but a signal to children with allergies that your treats are safe for them 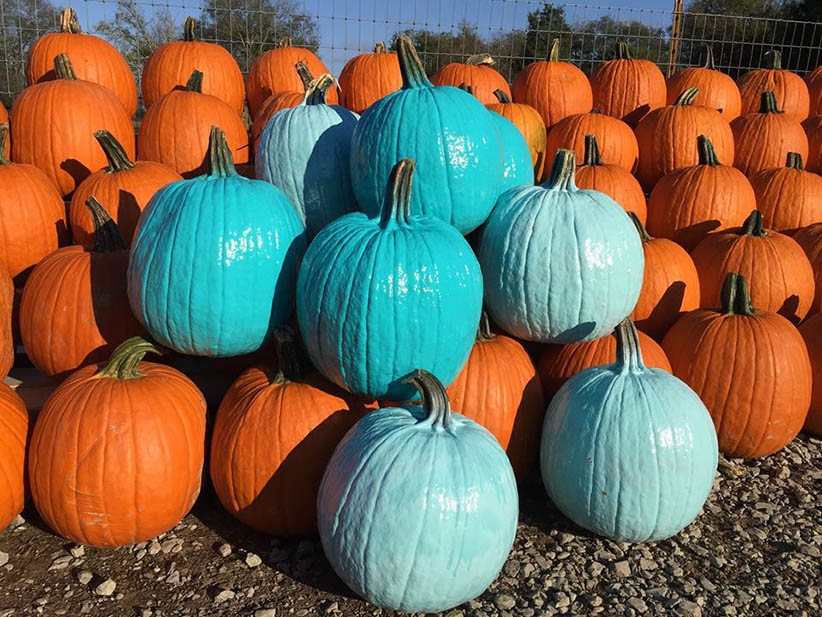 This Halloween, seven-year-old Christian Di Criscio will transform into Optimus Prime. “I have the whole suit,” he chirps. “The legs look like metal. There’s these big fireboxes on the chest, and I have a really cool mask.” He will also wear one piece of equipment that is not part of his costume: a waist belt containing an auto-injector, for emergency relief if he encounters one of his food allergens.

Approximately 300,000 Canadian children have food allergies and, for many of them, Halloween, especially trick-or-treating, gets tricky. Christian spends the first half of the evening collecting candy and the second half handing it out to his neighbours in Montreal. His parents then replace it with treats free of wheat, dairy, eggs, tree nuts and peanuts (and shellfish, though that doesn’t come up much on Halloween). That is why some Canadians are pledging to offer non-food treats, such as glow bracelets, bouncy balls, stickers, pencils and sunglasses. To identify their houses, they will paint their pumpkins teal, the colour of food-allergy awareness.

“With no cure on the horizon, it’s a quick way to include everyone,” says Beatrice Povolo, director of Food Allergy Canada, which is promoting the Teal Pumpkin Project in Canada this year for the first time. While Food Allergy Canada hasn’t recorded a surge in allergic reactions around Halloween, Povolo says reactions are hard to track, because parents must report them to the organization, and the abundance of candy circulating for the occasion means “we have to be a little more vigilant.”

The Teal Pumpkin Project began with a group of parents in Texas and was launched as a national campaign last year by Food Allergy Research and Education (FARE), a non-profit organization in the U.S. Neighbours signal their participation in the project by signing on beforehand. With more than 100,000 Americans taking the pledge this year, Povolo is hoping Canadians, too, will embrace teal as the new orange.

Christian’s own parents will paint their pumpkin teal, as they did last year after hearing about the project through FARE. “I bought a can of spray paint and just sprayed it down,” says Carla Di Silva, Christian’s mother. “I also found some of our Mr. Potato Head accessories and popped them in the pumpkin.” She says hosting a teal pumpkin will make children such as Christian light up like jack-o’-lanterns. “It’s knowing that someone thought of them and did something special,” she says.

In the day-to-day course of birthday parties and barbecues, recitals and other events, food allergies can garner stigma. As Di Silva describes, “the other kids think you’re not part of the group. You can’t enjoy this, because you’re not like us. Think about what that does to a child.” Christian, who is at risk of an anaphylactic reaction, sits at his own lunch table at school to avoid cross-contamination.

The Teal Pumpkin Project in Canada could also make life easier for parents. Traditionally, Di Silva has had to replace each piece of candy Christian collects by taking him shopping, reading and re-reading labels, even calling manufacturers, to determine if something that’s safe. “Seven years of research has identified some treats he can have,” she says. Christian supplies some details: “I can have lollipops, a lot of Enjoy Life chocolate bars, a bit of Ring Pops.”

Offering non-food treats could help include children with different religious or health-related diets, as well. And, to the benefit of everyone’s sanity, less sugar would mean children who are less hyper. “If you’ve ever tried to put a child to bed on Halloween night after they’ve sampled all the candy,” explains Di Silva, “it’s no small feat.”