Tiny country, big people: Why the Dutch tower over us all 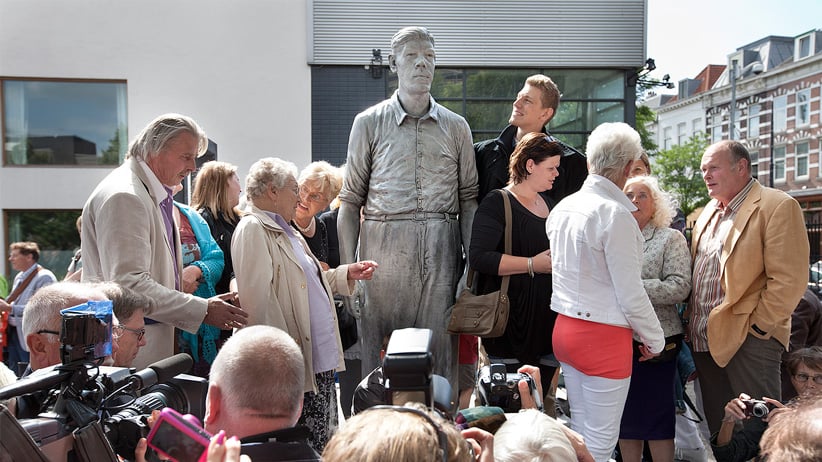 If height is any measure of health and happiness, then the Dutch should be the envy of the world. The average man from the Netherlands stands over six feet tall and the average woman about five foot seven, which makes them the tallest people on the planet. It’s happened almost without notice. As recently as the 1970s, the British satirist Alan Coren was still joking that all Dutch fell into two distinct body types: “the small, corpulent, red-faced Edams and the thinner, paler, larger Goudas.” But by then—as the balding, ruddy-cheeked Coren was surely aware—the Goudas had clearly prevailed.

So clearly that Dutch stature has become a field of scientific enquiry. People from the Netherlands were among the shortest in Europe just a couple of centuries ago, notes Gert Stulp, a population health expert at the London School of Hygiene and Tropical Medicine. Then, seemingly out of nowhere, they sprouted nearly eight inches to their present-day averages, outpacing their neighbours in Scandinavia, Germany and lands of plenty like Canada and the United States.

How a tiny country became a land of big people in stunningly short order remains, at best, a partially solved mystery. Stulp, himself a six-foot-seven Dutchman, nods to accepted wisdom that Holland’s dairy-heavy diet played a key part, along with universal health care and the Netherlands’ low levels of social inequality. But these factors alone can’t explain the relative speed with which the Dutch have grown, he says, given that other Europeans share many of the same social and dietary benefits. 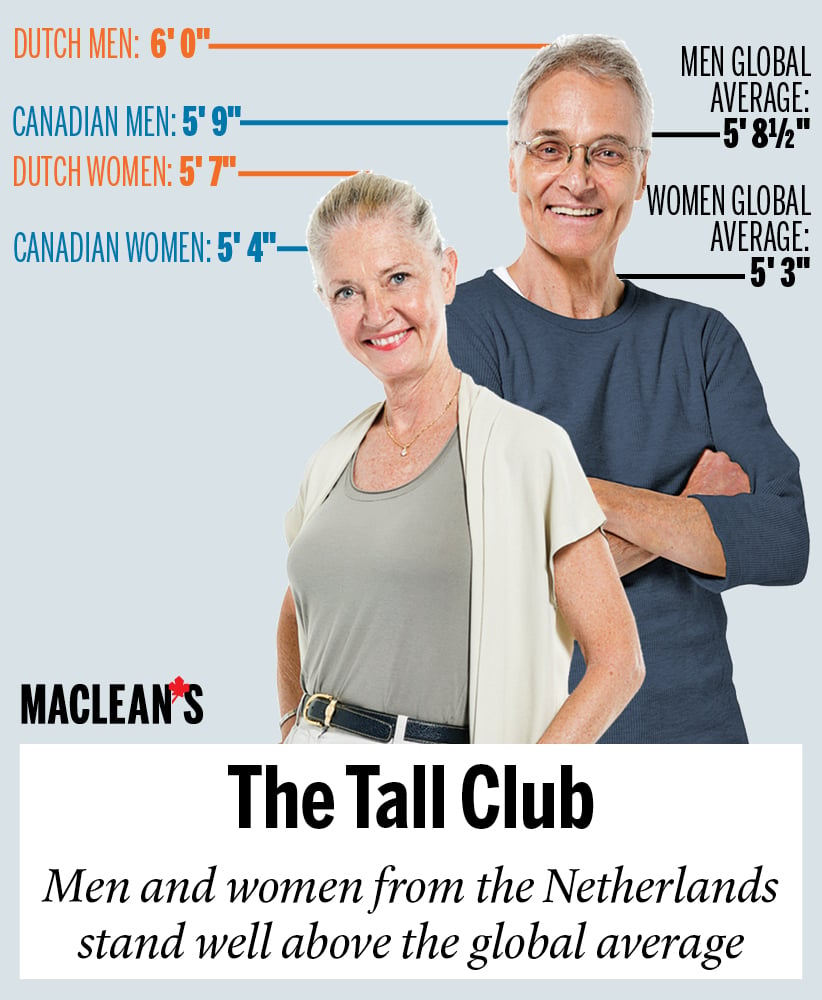 The results, drawn from a database of 94,500 people who lived in the northern Netherlands between 1935 and 1967, suggest a tidy explanation: Goudas are attracted to other Goudas and have more kids once they find a partner. Stulp warns against such oversimplification, but believes his study does suggest a natural-selection link to the Dutch height phenomenon. “There seems to be some evidence in mate choice in this,” he says. “There is talk of it, anecdotally, in the Netherlands, and it’s fairly consistent for Western populations—taller men seem to be somewhat favoured, if you ask women.”

Whether the preference is stronger among the Dutch than other countries is a subject for further study. But there is circumstantial evidence of mutual affinity among tall people, says Margaret Van Westen, co-founder of Sea 2 Sky Peaks, the Vancouver chapter of Tall Clubs International (TCI). Her group organizes local events for female members who are five foot 10 and taller and men six foot two and taller—many of whom attend TCI’s annual convention in places like Las Vegas and Washington, D.C. The organization, founded in 1938, boasts on its website that members have met their spouses at its gatherings.

Van Westen, a child of Dutch fruit farmers who settled in B.C.’s Okanagan Valley in the 1950s, says the size of people from Holland was a long-standing family joke. “We used to say that we could harvest fruit without ladders,” says Van Westen, who is six foot one and has a brother who stands six foot seven. Her visits to Holland, where all her male cousins stand between six foot four and six foot eight, have borne out the stereotype. “It’s like going to a Tall Club convention. You get to look people in the eye. You don’t have to bend down to listen.”

That tall people would develop a preference for each other might make sense in a society like the Netherlands, where height has become a quietly celebrated national trait. But Van Westen wonders whether it will last as immigration transforms Holland into something more closely resembling the “salad bowl of nationalities” seen in Canada. “It might seem more natural over there,” she says, “but their pool of selection is changing.” For a country that uses every square inch of its limited territory, that might not be such a bad thing. Unlike its people, Holland isn’t getting any bigger, and one needs the space to stretch one’s limbs.