To my birth mother: ‘I’m not searching for who I want to be anymore—I’m discovering who I am’

‘Thank you for your love and bravery,’ Charmaine Traynor-Ruitenberg writes to the woman who gave her up for adoption 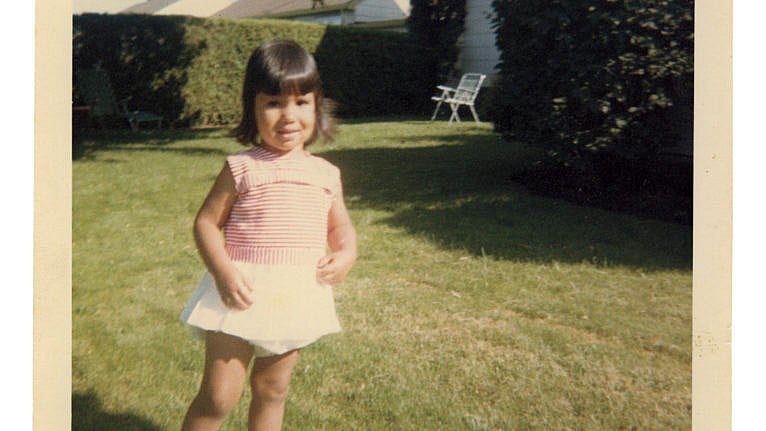 I had chosen my outfit with great care, but when I arrived at Yorkdale Shopping Centre in Toronto, I realized I didn’t know who I should be. I searched clothing store after clothing store, frantically scanning the hangers for the person I wanted you to meet, for something that would make you like me. In the end, I changed from the shorts I was wearing to a pair of sensible-looking brown pants that I bought.

I thought I’d be at our meeting place first and was startled to see a brown-skinned woman sitting on the bench near the subway entrance. The vivid colours of commuters blurred into the background, and I finally understood the phrase, “It felt like time stopped.” I instinctively recognized you as my birth mother. “I knew you would be beautiful,” you announced, looking up at me.

That was about 15 years ago. We had been writing to each other for a year after I initiated contact through the Children’s Aid Society. You called me your “40-year-old secret,” and asked that I mail my letters to your sister-in-law to protect your privacy.

At the mall, you suggested we go for a cold drink. I was full of questions and carefully guarded resentment. Like many adopted children, I felt abandoned and also had feelings unique to being a brown child raised in a white family in predominantly white towns. When I was young, I wondered why my skin colour was different from the kids around me. One day, my adoptive father sat me down to explain that my “original” parents were from the West Indies. I ran down to the basement to look at our globe, and when I saw “West Indies” written over a series of islands, I finally understood the reason for the names and taunts and the constant question, “Where are you from?” As I grew older, that elation turned into a search for how I wanted to be perceived.

MORE: To my dad, an art restorer: ‘You have operated a one-man hospital mending shattered souls’

At Yorkdale, you explained that you were from Trinidad. Your grandparents on both sides had roots in South Asia, and my birth father was of Portuguese descent from Guyana. You came from a strict Christian family, and there was huge social stigma attached to being pregnant and unmarried—“It was a matter of respectability.” You were sent to a home for unwed mothers, and your relatives knew nothing about this except for a couple of aunts who were sworn to secrecy. My birth father didn’t acknowledge me, and you never wanted to see him again. I wanted to ask more about him, but decided to save my questions for another time. Since then, we’ve stayed in touch and met in person a few times.

There’s a beautiful synchronicity in where I reunited with you and where I joined my new family after a year and a half in foster care. My adoptive parents had never driven into Toronto, and they asked the Children’s Aid worker if they could meet me outside the downtown core. The social worker suggested Yorkdale.

Thank you for your love and bravery in agreeing to meet me after all those decades of silence. I’m not searching for who I want to be anymore—I’m discovering who I am.

This article appears in print in the February 2022 issue of Maclean’s magazine with the headline, “To my birth mother.” Subscribe to the monthly print magazine here.

FILED UNDER: Before you go Editor's Picks Family Life parenting