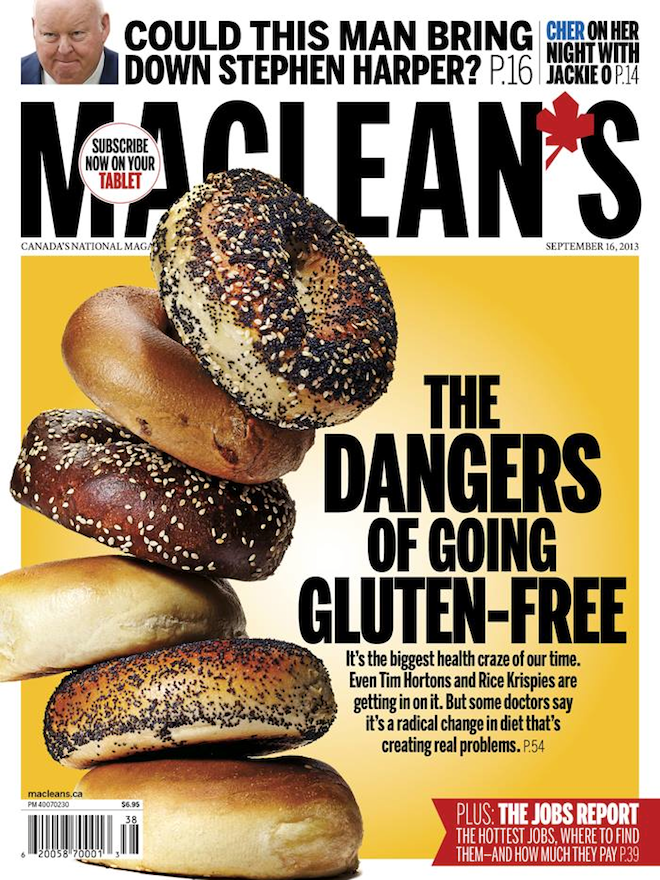 Gluten-free products are a $90-million enterprise in Canada alone, and the sector is expected to grow at least 10 per cent each year through to 2018—an astounding feat for what is primarily a food-based category.

As Cathy Gulli explains in this week’s cover story, manufacturers are geting the message. Kellogg’s revamped its Rice Krispies recipe, first concocted in 1927, by removing barley malt (the source of gluten in the original) from its gluten-free version so it could advertise as a cereal “that’s easy for kids to digest.” Campbell Company of Canada claims to be the “first mainstream brand” to feature a gluten-free symbol on its soups and chilies. Tim Hortons hailed the introduction of a gluten-free menu item in mid-July—a chewy coconut macaroon drizzled with milk chocolate—as nothing short of a “defining moment in our Canadian dining history.”

In the video below, Cathy Gulli explains why the explanation for the recent explosion in demand is a spectacular mix of real medical concerns, changing views on what accounts for a healthy diet, savvy marketing and celebrity influence: