Wake up, everyone: Breakfast is back. And it’s booming.

Breakfast used to be a status symbol, before it was boring. It's time to recognize its importance, especially to the workday. 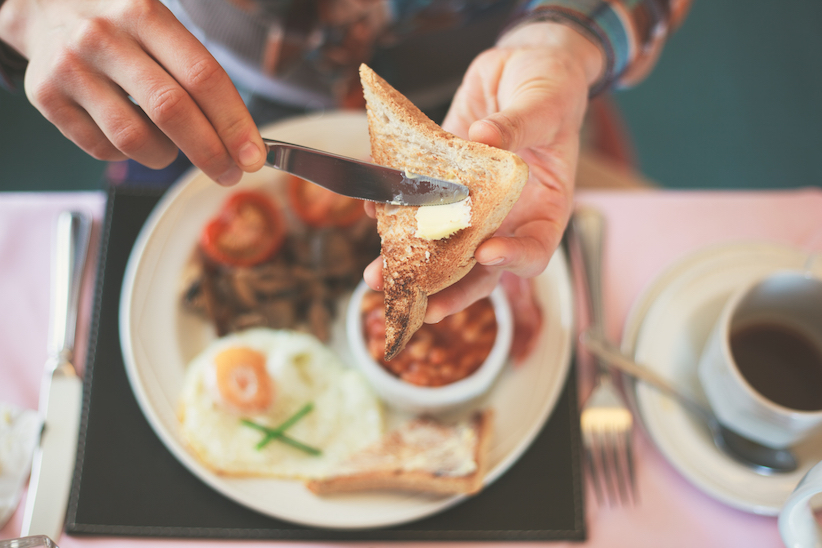 Morning rituals, as discussed by Winnie the Pooh and Piglet:

“When you wake up in the morning, Pooh,” said Piglet at last, “what’s the first thing you say to yourself?”

“What’s for breakfast?” said Pooh. “What do you say, Piglet?”

Quite so. Breakfast, once considered the most boring and forgettable of meals, has lately been the cause of considerable excitement, particularly in financial circles. And it’s evidence of significant transformations in our social habits and eating routines.

This week McDonald’s Corp. announced fourth-quarter sales and earnings far exceeding expectations, with same-store sales in the U.S. up 5.7 per cent. The most significant factor for this was the introduction of all-day breakfast in October. “All-day breakfast positions us to regain the market share we have given up in recent years,” CEO Steve Easterbrook boasted in a conference call.

McDonald’s Canada doesn’t sell Egg McMuffins past 11 a.m. While Tim Hortons extended its breakfast menu hours to noon several years ago, it’s still impossible to order a Bagel BELT in the afternoon. This seems likely to change, given the recent U.S. results. More broadly, the entire concept of breakfast appears to be returning to its more traditional, meat-and-egg-centric roots.

In her 2013 book Breakfast: A History, author Heather Arndt Anderson notes that throughout the Middle Ages, breakfast was considered indulgent and uncivilized. Peasants, children and the elderly may have required morning sustenance; everyone else held out until lunch as proof of their better breeding. It was Queen Elizabeth I’s habit of rising early to attend to the affairs of state that boosted the reputation of the morning meal and paved the way for what’s now considered a traditional English breakfast of bacon, eggs and other calorific delights. Anderson also notes that during the Industrial Revolution London labourers would often purchase a morning “bap,” sausage and egg wrapped in bread, from street vendors to sustain them for the day. A filling breakfast was both a necessity and a status symbol.

Morning helpings of meat and eggs went out of fashion during the clean living trend of the mid-1800s. Not unlike today’s organic food craze, clean living found virtue in a healthy lifestyle attained through avoiding meat, fat, alcohol, caffeine, tobacco and other tempting vices. It was into this social movement that enterprising brothers John and Will Kellogg promoted their invention of toasted grain, ready-to-eat cereals for breakfast. “Contrary to modern marketing themes, it was the quest for health−not convenience−that drove the invention of breakfast cereal,” writes Anderson. “Bacon and eggs, pancakes with syrup, and hot coffee were now considered as ‘injurious’ to one’s health as masturbation.”

The austere triumvirate of cereal, toast and juice ruled over breakfast throughout most of the 20th century. It proved particularly attractive for busy families, since children could prepare it themselves. But sugar and other additives eventually robbed cereal of its healthful reputation. And it got boring. A decade ago breakfast was the meal Canadians were most likely to skip. Since 2010 Canadian sales of cold cereal have fallen nearly 18 per cent, with no bottom in sight. Toast has similarly suffered, over gluten concerns. Yet it’s now lunch that’s more likely to go uneaten. One big reason for these divergent trends is the renaissance of the traditional breakfast.

The return of eggs to nutritional respectability, the unstoppable popularity of bacon and the convenience of drive-through food have all contributed to the massive popularity of hand-held, take-out breakfasts. In Canada, consumption of hot breakfast sandwiches grew from 360 million in 2011 to more than 500 million in 2015. “Canadians can’t seem to get enough restaurant breakfast meals,” says Robert Carter, executive director of food service at market research firm NPD Group Canada. “Breakfast is driving the restaurant business right now.” It’s become the most important meal of the day, and for an entirely new reason.

Beyond its financial implication, the 21st-century breakfast of bacon, sausage or egg in a portable configuration is a modern echo of the substantial, protein-rich breakfasts popular long before cereal elbowed its way onto the morning table. It has the nutritional heft to keep you feeling full longer, which explains why lunch is getting skipped so often these days. And it’s more convenient than making toast at home. If there’s a downside to the soaring popularity of hot breakfast sandwiches, it’s that they’re probably reducing time spent around the family table perusing cereal boxes and planning the day. But who’s to argue with the aroma and overall deliciousness of bacon and eggs, especially when someone else is doing the cooking? Breakfast has finally reclaimed its proper place of honour and significance in the workday. Have another rasher.