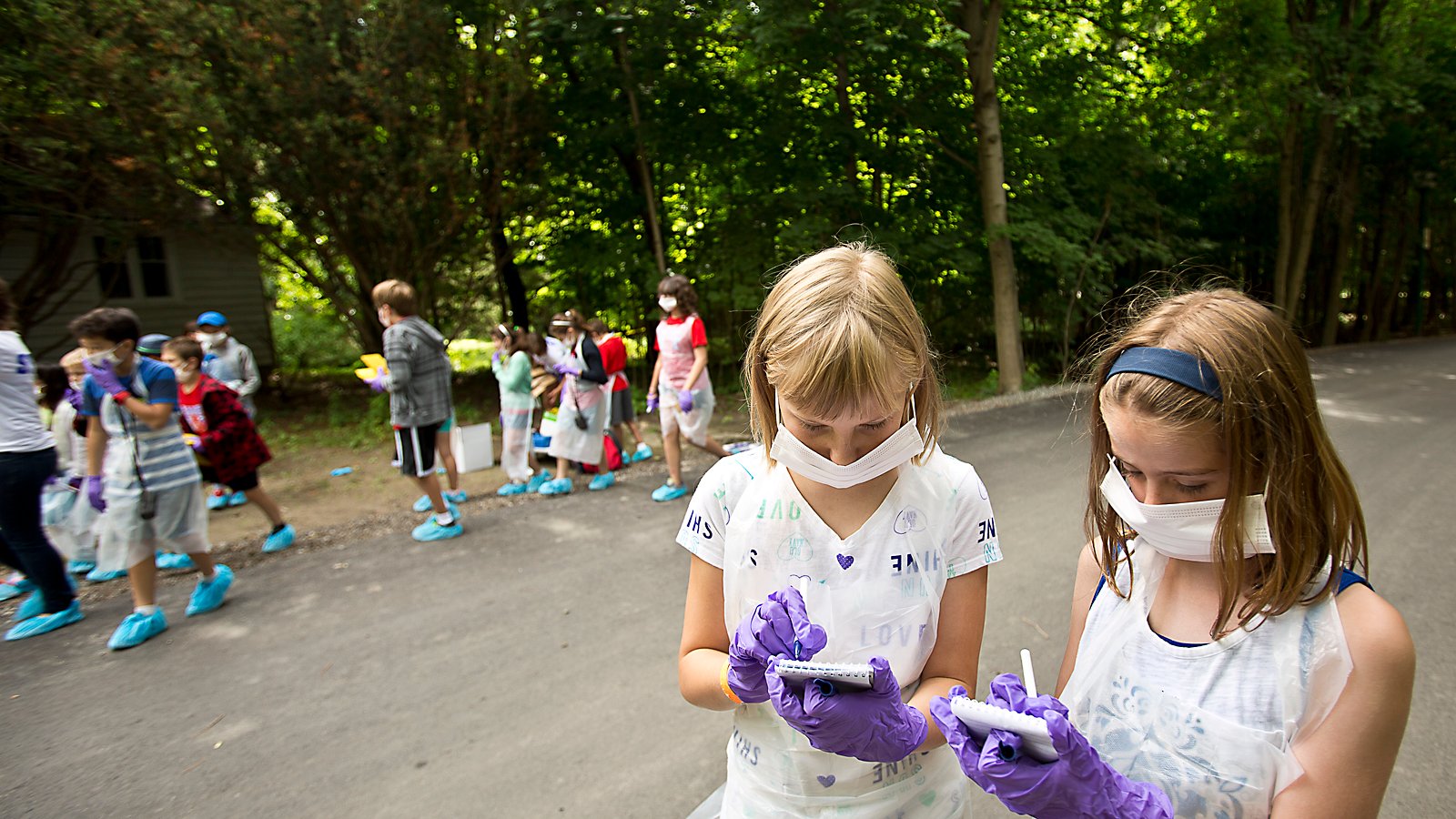 Since she was nine, Monica Lamacchia has wanted to be a detective. “It started when I watched the TV show Forensic Files with my mom. I like how they get all these clues and figure out the scenario,” says Lamacchia, now 11, and going into Grade 6 at St. Francis of Assisi school in Mississauga, Ont. “My mom’s a bookkeeper, but she secretly wants to be a detective, too.” So when Lamacchia read online that the University of Toronto was offering a one-week forensics day camp for kids her age, she talked her parents into letting her go.

She was one of 21 kids who turned up at the Mississauga site last week for their initiation into the forensics world. Over the week, counsellors Tori Berezowski and Daniella Stoewner, both forensic anthropology students at the U of T, covered everything from bullet identification to DNA extraction. Campers learned to dust for fingerprints and collect evidence, and they worked to solve a case.

Forensics camp started in 2008, with only one session. There are now four, with camps for kids age nine to 11, and 10 to 13. It’s a sign of what some people call the CSI effect—“a huge peak in enrolments, the development of courses, and forensic science programs,” says Tracy Rogers, director of the U of T’s forensic science program, who helped develop and now oversees the summer camp. She was also the head forensic anthropologist on the Robert Pickton and Tim Bosma cases.

Some of the kids last week had a personal interest in solving crimes. Michael D’Onofrio’s grandparents’ home in Mississauga was robbed two years ago. “The robber left a muddy boot print on the rug,” says D’Onofrio, 9. Not surprisingly, he was keen to learn about footprint evidence. The campers all knew that no two people have the same fingerprints. Footprints, they discovered, can also provide important evidence. They learned to identify wear marks and to look for signs a person might have stepped on gum or a nail.

Except for being quieted down occasionally—Stoewner calling out “Whodunit?” and the kids answering in unison, “The butler!”—the campers were like forensic scientists in training. “Documenting the scene is essential. Once you move something, it never goes back to the way it was,” Stoewner told the group. Berezowksi warned that if they crossed anything out in their notes about the crime scene, they had to initial the change. “Otherwise, a judge might dismiss it,” she explained.

Mid-week the campers were assigned a fictitious case at a crime-scene house used by forensics students and Toronto police, involving the disappearance of a mutt. They met suspects on video, but when they remarked that a suspect looked guilty, Stoewner cautioned them. “Forensic scientists do not make assumptions. They analyze evidence,” she said.

Every camper had a responsibility. Anthony Marchetta, 10, was evidence officer. “What the other kids have to do and sometimes don’t do is bag the evidence, seal it and write down the placard number. I expect more,” he said. Marchetta used to dream about becoming a neurosurgeon. “Now, for sure, I want to be a pathologist,” he said.

At one point, Rogers took the campers to her laboratory in the university’s new Terrence Donnelly Health Sciences Complex, where they saw human bones, X-rays of skulls and a structured-light 3D scanner, a device for identifying object shapes. At another, the kids spread out in a line in the yard of the crime-scene house and used prods to test the ground to locate a clandestine gravesite.

Growing up in Dundas, Ont., in the ’70s, Rogers had never heard of forensics. She discovered the field when, as an undergrad, she developed a fascination with the human skeleton. Out in the field, she tries not to think about what might have happened to the people whose graves she excavates. “I can’t do anything for those people now. What I can do is bring closure for the families,” she says. Working with university students—and, in summer, the young campers—is the joyful part of her job. “Kids learn like sponges,” she says, “if you explain it in a way they can understand.”

Anthony Marchetta hopes that when he starts Grade 6 in the fall, his teacher will ask what he did this summer. “This is the first thing I’ll mention.”