From 2016: Children as young as age five are getting their own debit and credit cards. Will it make them financially savvy? 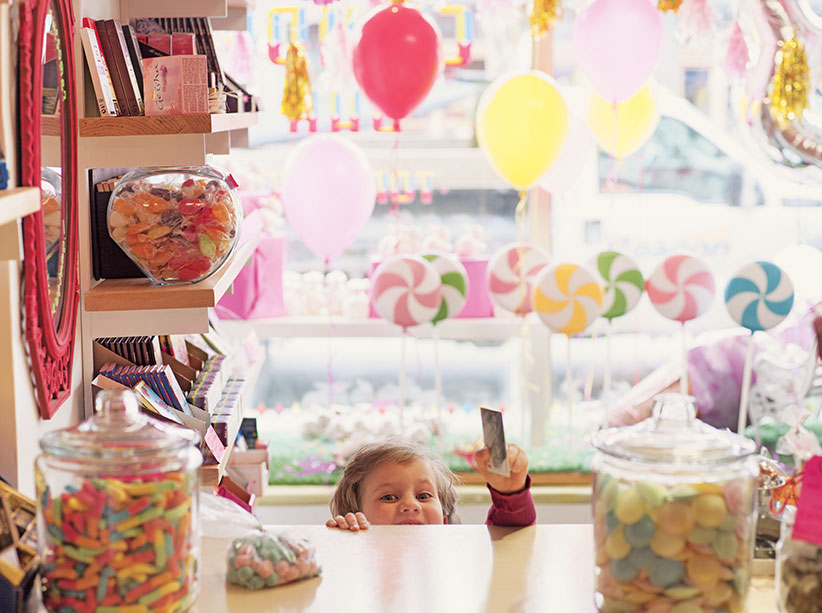 Call them the “electronic wallet” generation, or the “swipe” kids, because no longer is the allowance debate about whether or not to pay their children to do chores. The conversation now surrounds getting children as young as five their own debit cards.

“It’s a personal decision,” says Shirley Malloy*, an associate vice-president at Toronto-Dominion Bank. “But there are definitely benefits for children or pre-teens to having their own debit card. First, it reflects our current reality around technology. It’s also a learning opportunity.” Malloy says parents can set a daily limit, so they take an active role in their children’s spending and saving habits, rather than just hand out cash once a week. “You can teach your child to be independent, to protect passwords, to think before they spend, and to pay themselves first.”

Proponents of the plastic allowance say a first debit card is a modern passage into adulthood. It allows parents to easily transfer allowances into their children’s accounts whenever they want; kids can access the money with the swipe of a card. They don’t view it as a passport to profligacy. Some parents simply find it safer than young kids carrying cash. In fact, the e-allowance route, as opposed to handing cash to kids, who will rarely keep receipts for what they purchase, has its advantages, they argue.

Tracy Devine Ruiz was a trend setter when she allowed her kids to have their own debit cards at age eight or nine. They’re now 16 and 18. “They had their allowance automatically deposited,” she recalls. “Any gifts or work money was deposited there as well.” Ruiz’s kids use the Royal Bank of Canada’s RBC Leo’s Young Savers account, which is plugged as “a great way” for children “to get started in savings and everyday banking.” The picture on the website shows a girl of around five or six relaxing with her grandfather, and there is an email transfer option (at $1 a pop) “to pay your friends back.”

Related: The collapse of parenting

Ruiz believes the experience made her children more responsible with money. She set no daily or weekly limits. “It was their account.” Nor was giving them debit cards the start of a life of financial indulgence. Her 18-year-old son, who works part-time, has to pay $75 a month in rent to live at home. That money is automatically deposited into a TFSA for his future use, but he doesn’t know that. (Let’s hope he’s not an avid Maclean’s reader.) In fact, she says, getting the kids started young on automated banking has turned them into “cheapy cheaps, like their mom.”

My own daughter has had a bank card for almost a year. She’s 12. She has a daily limit of $25, and a weekly limit of $100. If she wants to use more than her daily limit, she needs to see a teller. She has used her bank card at Starbucks, Freshii, and to buy hair elastics at the drugstore. She’s never spent close to her daily limit; nor has she lost her card or forgotten her PIN. She does not get an allowance, and she’s never asked. At present, there’s $122 in this account, tied to her debit card, and each week the funds are topped up to that amount. (She has a savings acount too, which is untouchable, and thanks to the money kids rake in from birthdays these days, that balance is in the thousands.)

I had to explain to my daughter how a bank card works, that there needs to be money in my account for my purchase to be approved. Thanks to all those talks, she understands now that money is not infinite. In fact, Malloy says that “often we don’t talk enough about money with our children.”

Banks have certainly made the conversation easier, and more pressing. TD has a Family Allowance App, which aims to teach children how to set targets and be rewarded. Scotiabank has a Getting There Savings Program for minors that allows them to collect points toward movies, and CIBC offers an Advantage for Youth account that, with parental consent, can be accessed by kids online, by phone and via the Interac network.

Related: A new era of transparency between parents and their kids

The flip side of the convenience: Allowance day is now every day. While a 2012 survey sponsored by the American Institute of CPAs found that the average allowance in the U.S. works out to $65 a month, or $780 a year, many parents I know seem to have done away with allowances altogether; instead they give their kids a debit card and transfer money whenever the child asks. “For parents it’s easy. They don’t have to go to a bank machine to get out money to give out,” says Malloy.

The U.K. appears to have led the plastic-for-kids trend. The app goHenry was launched in 2008 by a group of parents who wanted to help their kids “learn about money in a safe environment.” It has now collaborated with Visa to offer a prepaid credit card, marketed for kids aged eight and up. A similar app, called Osper, has teamed up with Mastercard.

Then again, the U.K. is also where Lloyds, the venerable bank, got in trouble with parents after it began mailings to children between 11 and 16, upgrading children’s accounts from cash-machine-only cards to ones with Visa options, which let them purchase goods over the Internet without their parents’ knowledge. One 15-year-old, who must have thought he’d hit the jackpot, bought 200 cigarettes, Viagra, and a fake ID card, all online. His father was less than pleased, and the story was all over the British press.

In Canada, at least for now, prepaid credit cards notwithstanding, online banking for kids seems safer. If you’re under 12, as with most banks, the account is a joint one held with a parent or guardian. “Parents have a lot of control,” says Malloy. “You can take off the tapping option, so they need to swipe and know their own PIN number.” Malloy thinks a debit card is also a good way of starting conversations around what is affordable and not—“and not just for the child, but for the entire family.”

“It’s not how I grew up and it’s not how my friends grew up,” admits Carly, a lawyer based in Calgary, who declined to use her last name. All three of her kids, aged 14, 12 and five, have debit cards. She checks their bank accounts almost daily and if she sees something “off” she’ll ask about it. “They will never write cheques like we do,” she says matter of factly. “Everything is going to online banking.” Responsibility for an account can teach longer-term planning, she says. She finds her children have become more money savvy, as it gives them pride when they see their accounts grow. “Likewise,” she says, “they feel embarrassed when their accounts are low.” Her 14-year-old spends way more time comparison shopping than she does.

But talk of debit cards for children raises a broader question: are they just turning our children into dutiful consumers? My daughter’s debit card looks like my black Visa card. And already her wallet contains two prepaid Mastercards, one with President’s Choice Financial, for $50, and another one called the Ideal Choice, worth $200. Both were gifts for her birthday. Do debit cards and credit cards in a kid’s wallet—prepaid or not—simply start a lifelong plastic habit?

Sheila Walkington, the CFO of Money Coaches Canada, is not opposed to the idea in principle. “Kids getting debit cards is a reality—this is our current way of getting money,” she says. But she is adamant that when it comes to allowances, kids need consistency. “The one thing we always say about allowance is they need to get it the same time or day.” Parents nowadays, she notes, often don’t use cash themselves, and they tend to replenish kids’ accounts when they remember, or have time. So kids don’t necessarily learn how to make money last all week, she says.

Responsible spending and saving aren’t the only lessons to be learned from allowances, suggests an article by Mona Ismaeil on the website MuslimMoms.ca. Her prescription for allowances includes teaching kids to regularly set aside a portion of the allowance for “offerings,” or money for charity—“a very important concept in Islam.” Given that charitable donations in Canada are in decline, it’s a habit that may be worth trying to cultivate early in life.

Not every parent has jumped on the e-allowance bandwagon. Jenni Bolton, co-founder of CentsibleStudents.ca, has a 12- and 15-year-old, neither of whom has any plastic. “I’m still a traditionalist,” she says. “We as adults have lost cash interactions, and I think it’s more tangible for children to see real money and understand that two toonies and a loonie make five dollars.”

Rubina Medhaq, a family finance adviser for PC Financial, would agree. She says there is no emotional connection with a piece of plastic. She also suggests it may be a class issue: in certain parts of certain cities, getting your child a debit card is just the norm, while in less affluent neighbourhoods, this wouldn’t even be a discussion. An oft-cited formula for allowances—a dollar for every year of the child’s life per week—is simply not affordable for everyone. As for those who do pay their kids for chores, or just give them an allowance, she favours cash. “The only way I can explain it is that you teach your children about physical education, but if they’re just dancing around with a video game it’s not the same thing as going outside and getting fresh air.”