How to parent a ‘struggling’ child 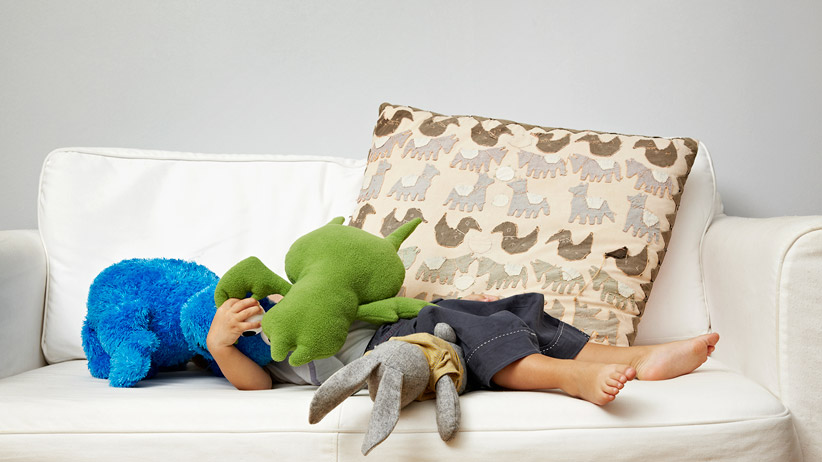 In 2003, author Ann Douglas found herself in a devastating position for which her own bestselling series of parenting books had not prepared her. Her son Erik, then 12, had been diagnosed with oppositional defiant disorder, a condition Douglas describes as “extreme stubbornness”; now his grade-school principal was asking Douglas to school him at home. Meanwhile, there was Scott, then 14, who had attention deficit hyperactivity disorder; six-year-old Ian, who was eventually diagnosed with Asperger’s syndrome; and Julie, a severely depressed 15-year-old who had overdosed on Tylenol two years earlier. “We spent the night in intensive care, me holding the baby-blue vomit basin up to her mouth as the activated charcoal worked its magic, soaking up the toxins in her stomach,” her mother writes. Later, Julie would accompany her mom to counselling appointments in a T-shirt that read “My problem is YOU.”

At times, Douglas felt paralyzed with fear and exhaustion. She turned to food as an instant source of energy and a replacement for much-needed sleep. In a few years, she piled on a full 100 lb. of excess body weight. She and her husband sought marital therapy to help them through a difficult time.

Douglas writes movingly about all of it in her new book, Parenting Through the Storm: How to Handle the Highs, the Lows and Everything in Between, aimed at parents of children with psychological and mental problems. The crisis with Julie reminded Douglas of the helplessness she felt as a brand-new mother—only, this time, there weren’t classes to tell her how to keep her teenage daughter safe from herself. Her new book, she hopes, will help parents find answers faster, and let them know they’re not alone. “Having a child who is struggling does not mean you are a bad parent. You can be the most passionate, committed parent on the planet and still have a child who is struggling,” she said from her home in Peterborough, Ont.

At the top of her list of advice is to seek a diagnosis. If you suspect your child is emotionally troubled (for instance, she’s cutting herself or throwing over-the-top tantrums), contact a counsellor or a doctor or someone at the school. “A diagnosis doesn’t deﬁne your child,” Douglas says. “It simply provides you with access to support, and allows you to zero in on parenting strategies that are most likely to bring out your child’s strength.”

A “time out” used on an emotionally unstable child may backfire horribly. “Some kids will completely freak out or totally rebel if you try to force them to take a time out. A better strategy is to take a ‘time with.’ You sit with your child and prevent him from hurting himself or others. He is slowly able to regulate his own emotions by tapping into your calming presence.” 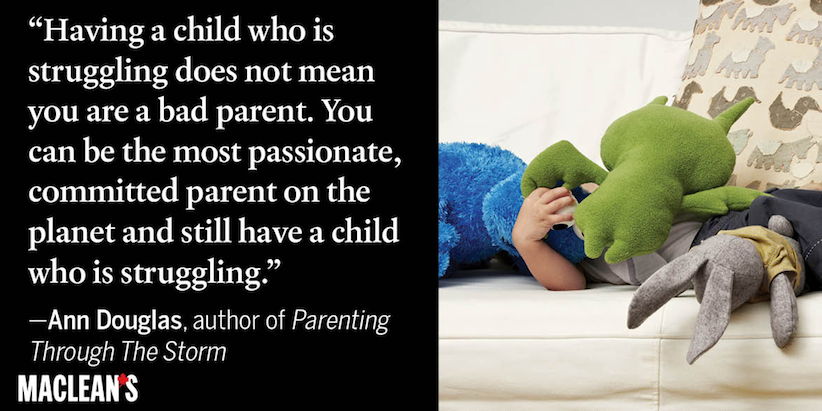 Your own mental and physical health will be vital in helping your child, she says: “You do need to be your top priority, because, without you, your child will be lost.” Douglas’s big regret is not taking better care of herself. “I was doing the best I could in a very difficult situation—and feeling like I was a bad parent only made things harder.” In recent years, she’s delved into books such as Kristen Neff’s Self-Compassion: A Healthier Way of Relating to Yourself.

Parent support groups help, she says, as does therapy. In a new treatment called acceptance and commitment therapy, parents are encouraged to express to a therapist their negative feelings toward their children. “Suppressing negative thoughts only causes the thoughts to become more intense,” Douglas explains in the book. She didn’t try the therapy, but she used an informal version. “I had a couple of other friends who had children who had struggled. [I’d] pour my heart out in an email message—and wake up to an encouraging message in the morning. It’s really hard when we’re constrained by secrecy,” she says.

Her family has overcome the worst of the storm, she says. Her daughter, Julie, is an award-winning photographer; Scott works in the computer industry; 16-year-old Ian is an auto-mechanics apprentice; and Erik is en route to becoming a chartered professional accountant.