Why a Saskatchewan town is policing bedtime

A newly enforced curfew in La Ronge, Sask., aims to stop youth vandalism. But will it work? 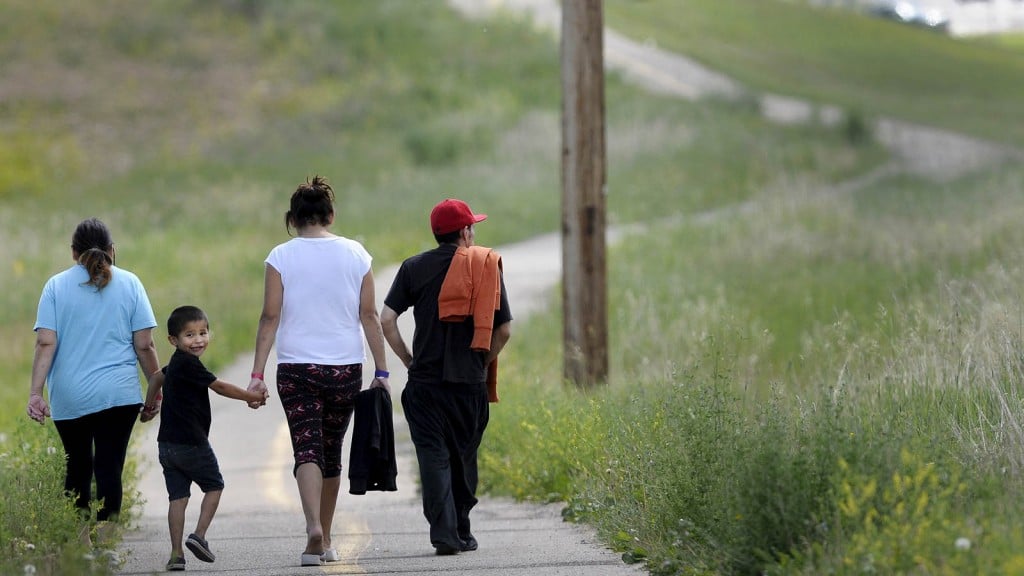 Couch capsized, mirror splintered, computer screen busted and kitchen pointlessly pillaged as if by Tasmanian devils that weren’t actually hungry. This is one of about a dozen crime scenes photographed by victims and police in the past two weeks in La Ronge, Sask., which is why the town, as of Saturday, has enforced an 11 p.m. curfew for minors.

“It kind of sucks, but I’m going to obey it,” says Faith Dussion, a 16-year-old in La Ronge. For residents under 18 like her, parents can be fined $50 to $100 if their children are caught in public between the hours of 11 p.m. and 6 a.m. without a parent, guardian or other adult with permission (except for teenagers walking home from work, midnight mass or other approved function). Although this municipal bylaw has technically been effective since 2005, the town only began enforcing it this weekend after a series of devastating house and car break-ins during late November, which led to charges against a 15-year-old and two 13-year-olds. 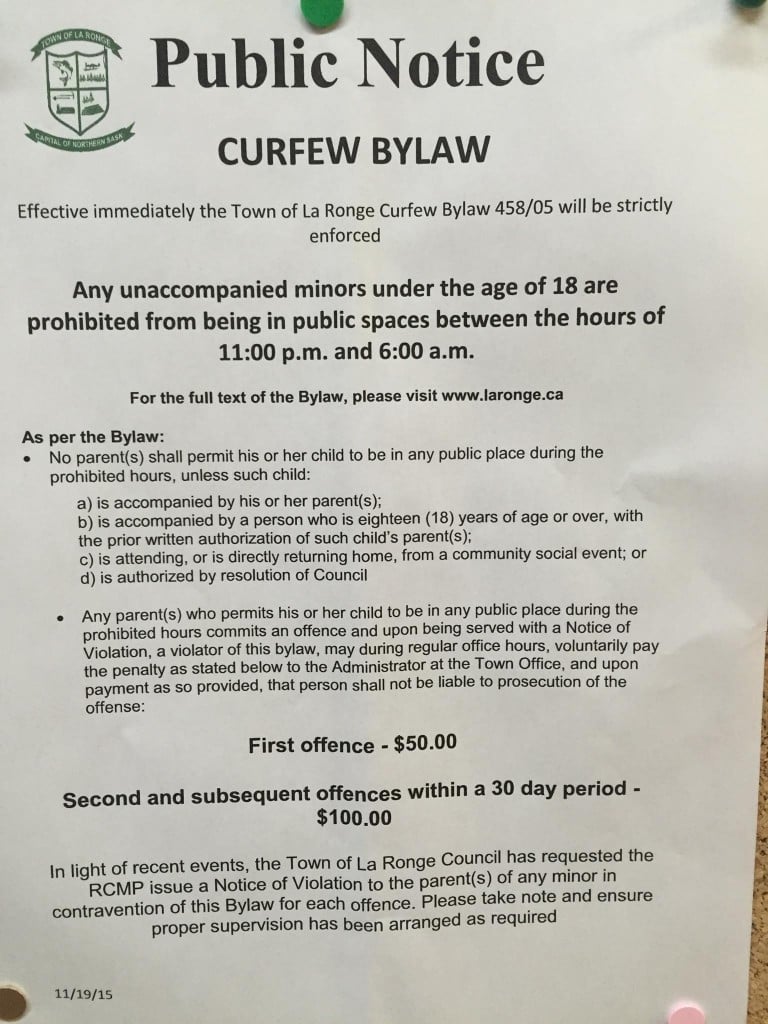 La Ronge is a region of about 6,000 people, with an airport that services many of the surrounding First Nations reserves, along with a gold mine, government offices and two high schools. With some locals worried about the safety of their streets and lake front, the municipality hopes a curfew could deter potential home invaders.

“I know this is not the end-all be-all,” says La Ronge Mayor Thomas Sierzycki, noting plans to create a special task force on youth safety. Yet, he says, it will identify parents who need support and prevent random acts of vandalism. Faith herself, while walking with her friends in the park at night, has seen kids her age break into cars, drink on the streets and start fights. “Horrific fights,” she says, “and some will say, ‘hey, let’s go thrash up that car.’ ”

Though youth crime has spiked in recent weeks, it isn’t new. Resident April Chiefcalf describes how her neighbour’s house was invaded five years ago by kids as young as six. “They even killed the goldfish,” she says. Her children are now too old for the curfew to apply, but other parents aren’t keen on it. Edward Young, a father of two teenagers, says they would be unnecessarily penalized for walking home a few blocks from a friend’s house at 1 a.m. “Sure, I feel very sorry for what happened to people’s houses. They destroyed everything in sight, yeah. But I don’t think everyone should be punished for a few bad apples.”

Related: The real reason crime is falling so fast

Sierzycki says the curfew will not only help parents in the long run but also give the RCMP another tool to keep young people off the streets at night. Cities including Slave Lake and Red Deer, Alta., as well as Chicago and Detroit, have broken out curfew bylaws with mixed success, while the mayor of Thompson, Man., dropped his curfew proposal in 2009 to avoid a costly court date with two mothers and a 17-year-old boy, who argued the enforcement would be unconstitutional. Sierzycki says it does not infringe on rights and won’t punish the kids who aren’t committing vandalism. The mayor himself was 17 when La Ronge first temporarily implemented the bylaw in 2005. “What was the direct impact on our social life? It didn’t have one,” he says.

However, some say the curfew won’t have a direct impact on vandalism either. “They’re already doing things that are counter-culture,” says Gary Direnfeld, a social worker who works with parents of teens. “Why would they think through a curfew anymore than they think through the decision to break a window?” The most common time of day for minors to commit crimes are in the after-school hours, while less than 20 per cent of crimes, even among 16- and 17-year-olds, are committed between midnight and 6 a.m., according to the most recent Statistics Canada data. Direnfeld also predicts the curfew will erode parent-child relationships by punishing parents for their children’s actions. “The only way to build trust is to let teens self-regulate,” he says. “You can’t hand someone a cup of trust.”

The most important effort, Direnfeld says, is to offer young people compelling activities. Sierzycki describes the local arena, sports fields, Girl Guide and Boy Scout troops, and archery and dance classes at the town’s high schools. “If you want to be busy here, you will be,” he says, “but engagement starts at the family level, and the curfew encourages parents to be more involved with their kids.” Sierzycki himself has a nine-week-old son, who he plans to give a similar curfew in the future. “He’s far too young to be on the streets just yet. But he’ll have a curfew when he is.”