Why curling rocks: A culture of support for its mothers 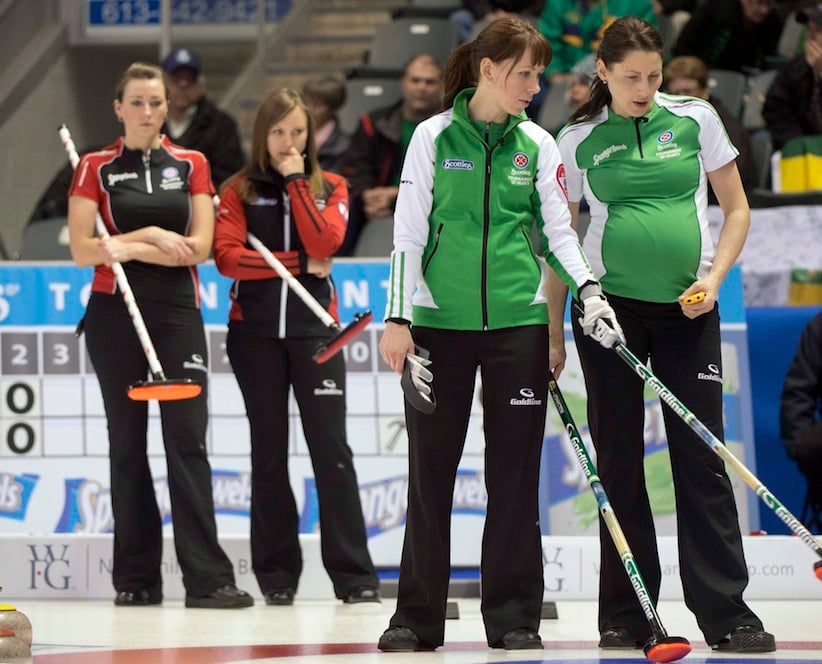 To an outsider, the flash controversy over breastfeeding access at the Scotties national curling tournament this week must have been baffling: Why did organizers have to be exposed in the media before being forced to create a private on-site space for nursing mothers?

To longtime curler and mother of four Kara Johnston, there’s another baffling aspect: Why would this organizational flub happen in a sport that’s typically so accommodating for expecting and new mothers?

Organizers at the event in Grande Prairie, Alta., moved quickly Thursday after the Winnipeg Free Press’ Melissa Martin reported that due to the championship venue’s cramped confines and a longstanding prohibition on children backstage, competitors had to breastfeed at a player’s lounge a block away, or in the facility’s parking lot. On the sixth day of competition, the arena curtained off a small area in the volunteers’ lounge for nursing moms.

“Once we were aware there were complaints, we jumped on it,” Curling Canada spokesman Al Cameron told The Canadian Press.

Johnston says that’s the reaction from the curling community to mothers’ concerns that she’s used to—rather than leaving them to feed infants in a chilly parking lot, or in the stands.

It is, after all, a sport unlike others. In curling, you can play with a sizeable baby bump, and you can return to it shortly after becoming a mother. The culture, she says, has built itself up to support the requirements borne out by that opportunity.

When Johnston made her Scotties debut for Team Saskatchewan in 2013, she was 34 weeks pregnant with a child—the third little one to spend infancy in granite clubs across Canada, and be nursed during the competitive season.

In 2006, the Lloydminster-based curler returned to the rink two weeks after her first daughter was born, as her team’s third. After she threw a rock, her mother would knock on the glass and hand her the infant, and Johnston would rush off to the waiting area to quickly nurse in time to be ready for skip rock.

Johnston’s mother was nicknamed Team Nana, she recalls. In years of competing, she never got tut-tutted, and could always find a welcoming and private space to nurse. “People often asked if you were more comfortable,” she says.

“For lots of us, the best time to curl is when you are on maternity leave because you have one less obligation, or at least not a 9-to-5 one.” 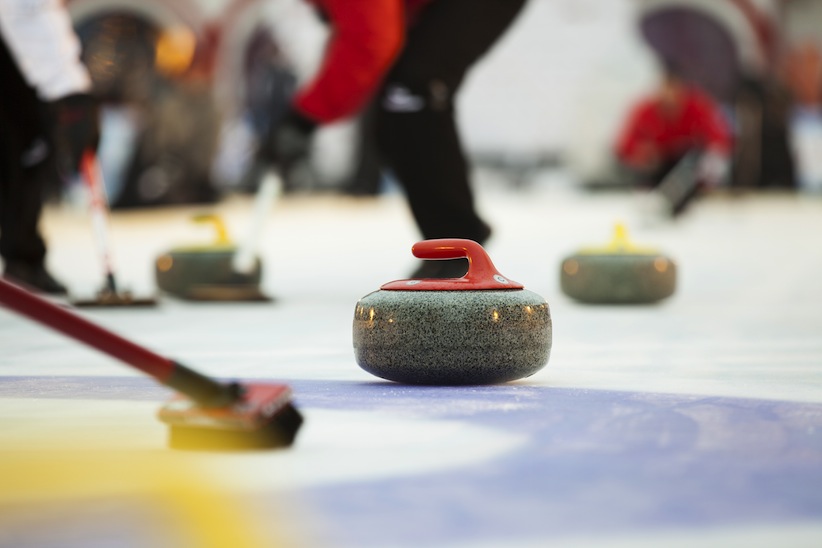 A curling stone sits on the ice. (Shutterstock)

Johnston wasn’t the first to curler to take umbrage at the breastfeeding situation; Team Nova Scotia curlers this week had to use the parking lot or shuttle to and from a nearby curling club, and were justifiably frustrated. And she was by no means a trailblazer: At the 2010 Winter Games, Canadian alternate Kristie Moore became the first Winter Olympian to participate while well into her second trimester. In 2006, bronze-winner Glenys Bakker brought her five-month-old daughter to Turin, and nursed her during the fifth-end break at Olympic trials in Halifax. Even the legendary Sandra Schmirler nursed privately at the 1998 Olympics in Nagano, and Johnston recalls Team Canada skip Jennifer Jones getting some uninterrupted feeding time in a dressing room at the 2013 Scotties.

Johnston has also played for the national fastball team while pregnant and as a nursing mother, and says that wasn’t nearly as accommodating a culture. There were fewer mothers, and the stands or parked cars were too often the place to nurse between innings, she says.

As money and Own the Podium culture have become bigger parts of the game, Johnston, now 39, worries that some teams are more likely to pass over older players or those with kids at home (or at the rink). She hopes that doesn’t take hold, because of what motherhood can bring to the cerebral, strategy-driven game. “Instantly, you have perspective. Winning or losing a game isn’t the end of the world,” Johnston says.

The welcoming of mothers into Canada’s other cherished winter sport was reinforced with the quick contrition and reaction at the Scotties this week. And organizers of next month’s world championships in Swift Current, Sask., were quick to stress that mothers will have private space if they need to nurse. Not just because it’s 2016—but because it’s curling.