Why we should all be tree-huggers

Infographic: More trees on your block could improve your health as much as a $20,000 increase in income

The benefits of urban foliage have long been known: Improved air quality, reduced cooling and heating costs, and a pleasant view are just a few. And now, a paper published in Scientific Reports suggests we can add improved health to the list. Using Toronto as its subject, researchers found that people living in neighbourhoods with a higher density of trees on their streets report a significantly higher health perception and fewer cardio-metabolic conditions. In fact, the health improvements of 10 more trees on a city block were comparable to an increase in annual income of $10,000, or being seven years younger. Add just one more tree, bringing the number to 11, and cardio-metabolic conditions are decreased in ways comparable to a $20,000 boost in personal income.

The study was conducted in Toronto, which has tree coverage of about 27 per cent. If you’re looking for a Canadian city with more urban forest, though, head to the coasts. Both the Greater Vancouver Area and Halifax boast tree coverage of more than 40 per cent. Halifax alone has 58 million trees—that’s about 130 trees per person. 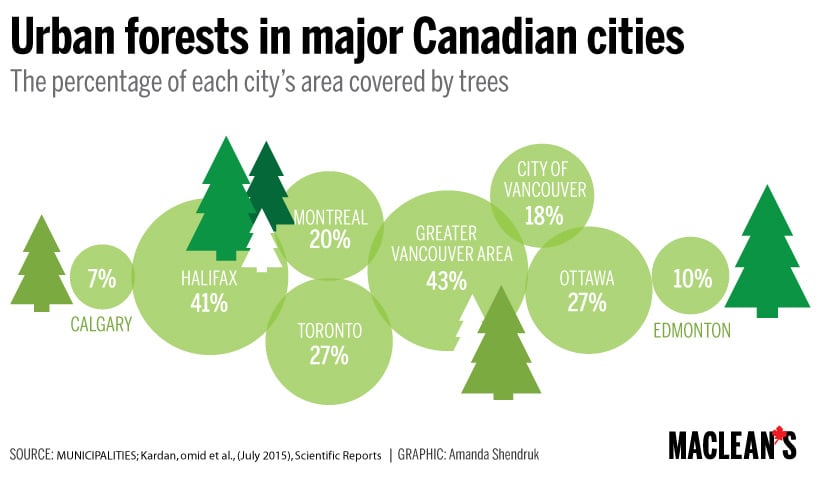