Chilhood camping trips sparked his interest in flying. He was a natural pilot who dreamed of becoming a firebomber. 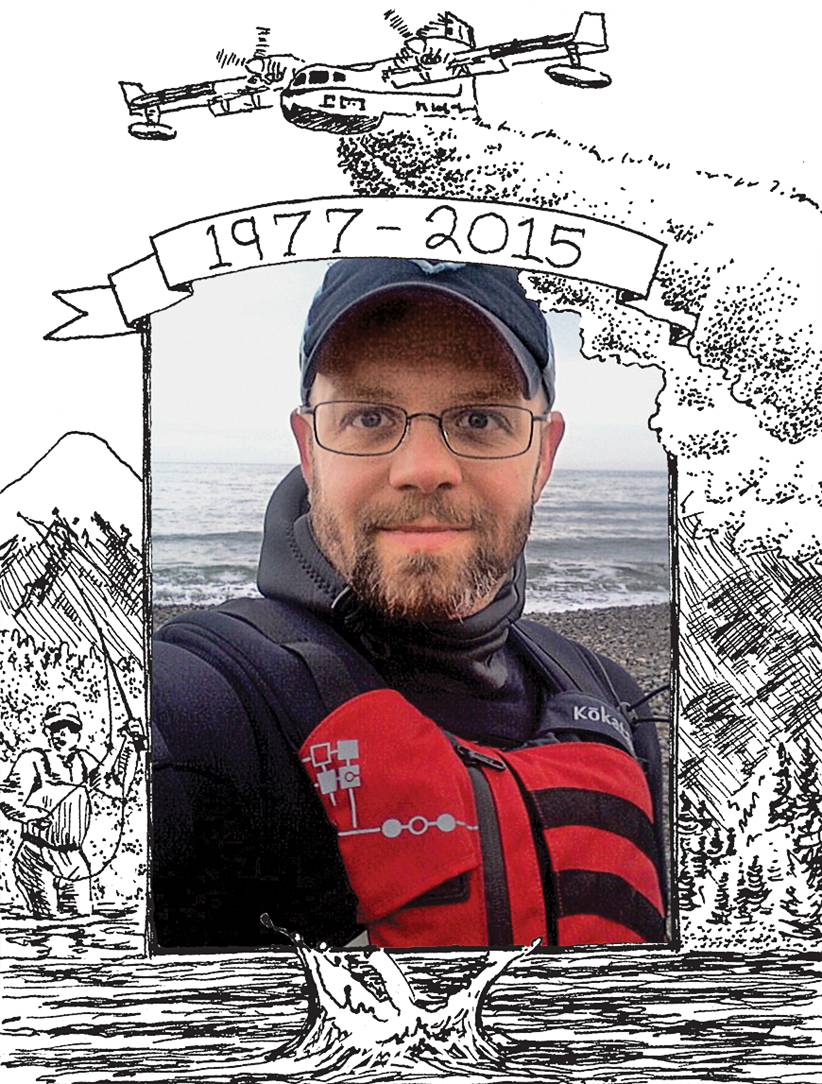 William Alexander Garvie Hilts was born on Feb. 22, 1977, in London, Ont., to Stewart, who taught agriculture and conservation at the University of Guelph, and Maria, a nurse. Will was the couple’s first child, followed by Matthew in 1980 and Katherine in 1984.

As the kids grew up in Guelph, the Hilts took them on five long camping trips across Canada; three to the West Coast, two to the East Coast. On the first trip, they were in the Alberta badlands and Stewart wanted to take his sons on a helicopter ride. “Will didn’t want to go, at first. He was afraid,” says Maria. Finally, he hopped aboard and, for years after, mused about becoming a helicopter pilot.

When they were young, their grandfather took Will and Matthew fishing at a small pond near Woodstock, Ont. From that moment on, both boys were hooked on fishing. On one family trip to Newfoundland, the boys saw men fly-fishing. When the trip continued down to Maine, Will and Matthew convinced their dad to get them cheap fly-fishing gear. Will and Matthew begged their parents to stop their van any time they came across a stream.

Will was 17 when the family took their final family camping trip together. They were driving through Northern B.C. on the way to Alaska, when “we drove by a forest fire,” says Stewart, “and you could see the water bombers at work. We think that’s when Will originally decided what he wanted to be.” Not just a pilot, but a fire-bomber. “I think he was also inspired by his grandfather, who was in the RCAF during the war,” adds Stewart. Will had his grandfather’s uniform and hat as important mementos.

Will didn’t reveal his aspiration until Grade 13. After graduation, he went to Thunder Bay’s Confederation College to study aviation. A natural athlete, he proved to be a natural pilot, as well. He got his first job with Kenora Air Service. Then, in 2001, he landed a job with Harbour Air in Prince Rupert, B.C., flying float planes into remote Native communities on Haida Gwaii. “The Pacific Northwest and Alaska are considered to be the most difficult flying in the world,” says Will’s friend and fellow pilot, Bradley Blois. “You are landing seaplanes on ocean swells.” But, he says, “Will was an awesome pilot. I don’t remember ever seeing him bounce a landing.”

Flying into remote Native communities influenced Will’s liberal political bent. Stewart recalls his son sending him a photo of the huge quantity of soft drinks and chips being flown into reserves, and lamenting “how terrible that was.” With arms and legs covered in tattoos, a bald head and a stocky build, Will could look intimidating, says Blois. “But it didn’t fool anybody who knew him. He was very intelligent. He read everything—history, lots of politics. He had a keen interest in the Native people.”

And, says Blois, “He had a soft heart,” especially for children. When Blois was flying for four- and five-month stretches in the Antarctic, Will helped to look after Blois’s family. Blois had a strict rule about candy with his son Devaughn, now 7. But when he returned from the Antarctic, Devaughn confessed that Will had bought him a giant bag of candy, adding, “Don’t tell Daddy.”

Will’s sister, Katherine, saw little of her brother once he started flying. Will only met her son, Jaxson, a few times when Jaxson was an infant 4½ years ago. But, she says, “he always found a way to spoil my son. Every Christmas, it would be a surprise to see what package would arrive at our doorstep.”

Bush flying was great, but, “from Day 1,” says Blois, “Will was focused on one thing: He said, ‘Someday, I am going to work for Conair. Someday, I am going to fly fire-bombers.’ ” Conair Aviation is Canada’s largest aerial firefighting operator. To fly for them, Will had first to go to Thunder Bay-based Wasaya Airways in 2010 and acquire experience on “heavy iron”—bigger twin-engine planes. Will was attracted to fire-bombing, not for the better pay, says Blois, but for the adventure and romanticism. “You are protecting forests, you are protecting assets and communities. That was a big factor.”

On May 22, Will was piloting a single-seat Air Tractor 802, also called a Fire Boss, as part of a squadron firebombing a 40-sq.-km wildfire near Cold Lake, Alta. For reasons unknown, his plane crashed in a forested area around 5:20 p.m. Rescuers recovered his body later that night. He was 38.