Where Rider green may turn to gold 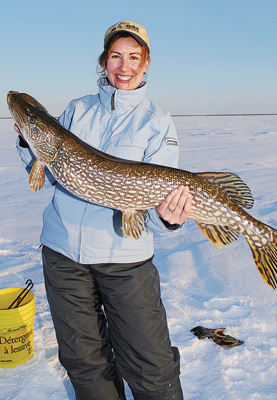 2010 IIHF WORLD JUNIOR HOCKEY CHAMPIONSHIP/REGINA AND SASKATOON
(Dec. 26 to Jan. 5) Hockey fans won’t want to miss any of the action when Canada tries to win its sixth straight World Junior Championship crown. This year, Hockey Canada announced players will forgo their traditional red and white jerseys during some of the games in exchange for green ones, in honour of the CFL’s Saskatchewan Roughriders and the province. So pull on your Team Canada jersey—be it red and white or green—paint your face, and prepare to cheer on the future stars of the NHL.

SASKATOON BLUES FESTIVAL (Feb. 25 to 28)
The eighth annual Saskatoon Blues Festival will feature two main stages, as well as a musicians’ swap (a huge garage sale of used instruments) and guitar, boogie piano and harmonica workshops. The Hilton Garden Acoustic Room is a more intimate venue, while the Odeon Electric Blues Room is plugged in and always a party. Highlights include Paul Oscher, who gained fame as Muddy Waters’ harmonica player, and slide guitarist Sonny Landreth, whom Eric Clapton described as “the most underestimated musician on the planet.”

DICKENS VILLAGE FESTIVAL/CARLYLE (Dec. 4 to 5)
For two days every winter, the streets of Carlyle in southeastern Saskatchewan become a stage. Locals don authentic period clothing to partake in a traditional English high tea or sell crafts and food from charming wooden carts. Enjoy a dusk parade, the making of old-fashioned Christmas decorations, and listen to carolers and fiddlers fill the crisp night air with music from another era. This year marks the seventh anniversary of the festival, modelled after a similar Victorian Christmas celebration in Garrison, N.D.

ICE FISHING (until mid-March)
By late December, the ice on most lakes is usually thick enough to support vehicles, allowing winter anglers a chance to try their luck at snagging some of the 65 freshwater species—including walleye, northern pike, perch, whitefish, burbot and trout—lurking in Saskatchewan’s lakes. Tobin Lake is said to be where the biggest walleye can be found. Other popular spots include Lake Diefenbaker, Rafferty Reservoir and any of the bodies of water along the Churchill River System.