Wordplay: Welcome the belfie and the drunken stupor

Lean In to the top new words and phrases in 2013 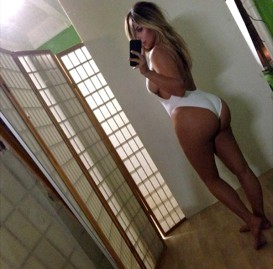 Belfie: The obsession with the selfie knew no bounds—variants included shots at funerals or while driving. For celebs, the butt selfie was the go-to pose. After Kim Kardashian showed off her post-baby derriere, her partner, Kanye West, tweeted,“Heading home now.”

Double Irish with a Dutch sandwich: It sounds like a high-calorie coffee-shop offering, rather than a devilishly complicated scheme favoured by Starbucks, Apple, Amazon and others to funnel profits in and out of nations to avoid taxes.

Drunken stupor: As Toronto Mayor Rob Ford finally admitted to using crack cocaine, his excuse—that he was drunk—resulted in parents having to explain to confused children the difference between being inebriated and stoned, and how someone could be both at the same time.

Great Kate Wait: British reporter Paul Harrison, referring to the month he and fellow royal watchers spent camped outside of St. Mary’s Hospital in London, waiting for Kate to go into labour.

Kamikaze caucus: During the U.S. government shutdown, these Republican political zealots were willing to blow up the economy in their quest to defund Obamacare.

Lean in: The title of Facebook COO Sheryl Sandberg’s book, which became this year’s overused (some say stereotyped) catchphrase for working women.