Paul Wells: If you want to believe in goofy faux-science theories—from the flat earth to cupping—it's pretty easy nowadays to find a like-minded friend 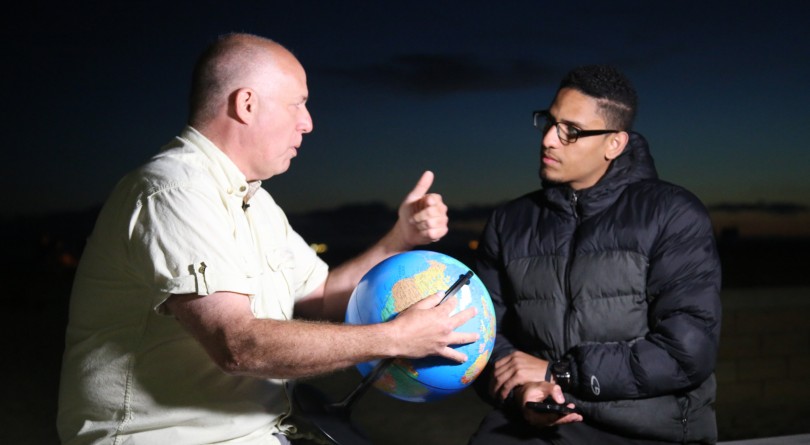 And now we are left to ponder the recent outbreak of flat-earthers. The rule in my Big Book of Columnists’ Clichés is that you need three examples before you can write a trend story, and I only have two, but I want to beat the rush. So here we go.

The other day Patrick Lagacé, the formidable columnist for Montreal’s La Presse, shared with his readers the tale of a teaching assistant at the Université du Québec à Trois-Rivières. Which apparently has a satellite campus in Vaudreuil. One hundred and seventy kilometres from Trois-Rivieres. Anyway, this TA in the MBA program was regaling Lagacé with some of the ideas she likes to discuss with her students. It was indeed one of her students who’d approached Lagacé about the teacher’s… ideas. “I quote: the earth is flat, vaccines are there to control us, Buzz Aldrin (the second man to set foot on the moon) admitted that humans never went there, GMOs and cell phones were created to control the birth rate, do your own research on unicorns, Darwin got it all wrong, Einstein wasn’t who you think he was and the sign of Satan is hidden in the Starbucks logo.”

So Lagacé invited the TA to drop by his newsroom, and she confirmed it all. These are not merely things she believes, but things she enjoys discussing with her students. And where did she get these ideas? “Do your research,” she told Lagacé by way of explanation. “I’ve done mine.”

That would have been hilarious enough if it had been an isolated case. Unfortunately the same day Lagacé’s column appeared, the deputy mayor of Gatineau, just across the river from Ottawa, was in Le Droit challenging the vast round-earth conspiracy.

This same Gatineau councillor, Nathalie Lemieux, had already been in the paper challenging the existence of Islamophobia while, I’d argue, indulging in some of it as she spoke. Actual quote: “Those people do lots of bad things, with their trucks and all that, and it’s normal to be afraid of them.” She apologized for those earlier remarks, but was then revealed to have spent some time on Facebook blowing open this whole round-earth conspiracy.

READ MORE: As a scientist, ‘flat earthers’ ought to be my enemy. Here’s why I listen, instead.

“Who decided that the Earth is round, and why should we believe it?” she asked. “The first question to ask,” she wrote, “is now that people realize that it’s possible that the Earth is flat, why do they want to hide the explanations that prove it.” And, just like the MBA teaching assistant from UQTR’s satellite campus, Lemieux had congratulated herself for having the wherewithal to dig deep on these revelations. She prefers to do her own research, she said.

I’m tempted to say there’s probably some logical connection between flat-earthism and xenophobia: I mean, if outsiders come over here in too great a number, it would then be at least theoretically possible that they could push the rest of us off the planet’s edge. And you can never be too careful.

But I worry, I do, that Mme Lemieux and the unnamed TA are not aberrations of this modern world, but manifestations of more widespread problems. It’s hard to be confident that the world, as it goes along, is going to be producing fewer people who grossly misunderstand just about everything.

It would be tempting, for instance, to do what has too often been a very Maclean’s thing and make great significance of the fact that the deputy mayor and the teaching assistant are both Quebecers. From there it’s a short leap to ascribing their fantasies to a post-Catholic mysticism of the sort that gave rise to the Solar Temple Cult and other more or less nefarious New Age-isms. The problem with that theory is that you really don’t have to go to Quebec to find goofy faux-science theorems.

There was the case of the Queen’s University instructor who urged her kinesiology students to question Big Vaccine. There is the Hollywood star/entrepreneur, of whom I’m generally fond, who thinks stones in your vagina might be helpful. There’s the Prime Minister of a medium-prominent G7 country who thinks he can do some good by affixing hot suction cups to his naked flesh. And there’s the party that aspires to replace the cup-sucking PM but that refuses to explain—and I’ve asked—how it managed to produce and distribute an ad accusing “a foreign entity” of taking “control of our borders.”

On the narrower question of the earth’s flatness or otherwise, well, I’ve done my own research and I’m here to tell you the flat earthers are on the march. Presumably right to the edge. Here’s Boston Celtics Star Kyrie Irving, who theoretically should be able to detect the planet’s curvature with every jump shot, admitting that he can’t decide. Here’s a flat earther convention, featuring a guy who’s made 800 videos on the matter. Normally I’d say he’s found adherents around the world, but I’d better not.

And how do people come to believe in the flat earth, the cupping, the anti-vax, the rock-filled privates? Well, how do they come to believe anything? They are told about them, they catch wind, they spot something interesting on YouTube or Facebook. We all do. And then we weigh the evidence and decide what’s credible and what isn’t.

But it’s not that easy to make those decisions, is it, as life gets more complicated. You’re taught that banks know how to protect money, and then the banking system collapses. You’re taught that air flight is the safest method of travel, and then planes become projectiles. You’re taught Iraq has weapons of mass destruction, and then that it doesn’t. And if you’re not highly literate… or if you have only limited time in a busy life to learn stuff… or you’ve never learned the critical-thinking skills that allow most of us to assay sound truths against tinny claims… or even if you have learned those skills but it’s still hard sometimes to find the truth…

… well, then sometimes you find yourself believing things that other people find comical.

In an excellent book about conspiracy theories several years ago, Jonathan Kay (who’s a controversial figure, but it was a hell of a book) noted that just about all the hardcore plot mavens use language very similar to what the Gatineau deputy mayor and the Vaudreuil teaching assistant used. They’re all proud of doing their own research. “Do your own research,” one of Kay’s sources tells him, “and the conclusion cannot be avoided: The events of, and since, 9/11/2001 were and are the actions of a global coup d’état.”

What do we suppose constitutes their research? Did the deputy mayor of Gatineau design and launch sounding rockets? Did she replicate Eratosthenes’ work with shadows in Cyrene and Alexandria to check for signs of curvature? Or did she spend a few long nights on Google between binges of cat videos and episodes of America’s Scariest Muslim Trucks?

I can only guess, but I think you and I both know what goblins lurk on the net these days, cheerfully explaining their theories about vaccines and NASA and the Starbucks logo and the foreign entities taking over our borders. And the most glorious thing about it all is that these people can now find one another. And confirm their mutual suspicions. And crowdfund. I’d be a little surprised if the Gatineau councillor and the Vaudreuil teaching assistant weren’t Facebook friends. It’s good to keep in touch.