Inside the fight to understand the science of male violence 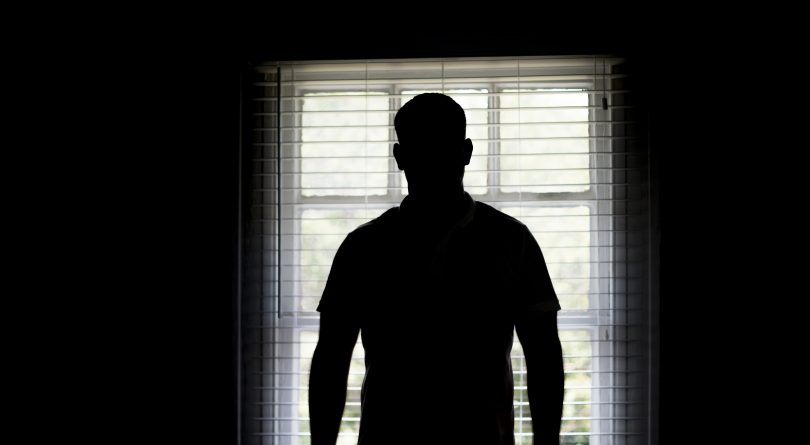 Canadian journalist Daemon Fairless, 44, has felt it within him for most of his life, the desire to help and the almost indistinguishable desire—no, the hope—of doing so with physical force. Violence, Fairless freely allows, is something he craves, something that, when exerted in a just cause, feels intensely right. Lately, though, that impulse has become a matter of concern, perhaps because of age or fatherhood. The questions of why he is the way he is and what he could (or should) do about it were both intellectual, for someone with a master’s degree in neuroscience, and personal, for the son of anti-Vietnam War American immigrants. So, for Mad Blood Stirring: The Inner Lives of Violent Men, Fairless read the scientific research and spoke with men for whom violence was a constant presence, whether socially sanctioned (mixed martial arts fighters, soldiers), barely tolerated (drunken sports fans) or utterly beyond the pale (killers, rapists). But more and more, as he compared what he learned against his own experiences and emotions, the focus of an evolving book moved to Fairless’s own life.

Stories change in the telling and books in the writing, but yours seems more protean than most. Did you imagine Mad Blood would take the course it did when you began it?

You’re right 100-per-cent about the evolution. The original impetus came from the subway fight that I open it with, and I thought I would go on to look at male violence in general. Not too personally: I’ve been in a few fights but I’d do the heavy-duty stuff with other guys’ stories, because I’m a pretty rational guy. Given that these feelings are so powerful in me, what are they like in guys who do horrendous things? That would be the book. Yet you are, I think, compelled to write about things that really matter to you, and I was compelled to map the foggy parts of myself, though I don’t know how conscious of it I was at the time. Or how well I was doing it. A year into this I gave my editor a pile of garbage. It was narratives of other men and all this science, and not so much me. Then the heavy-duty stuff turned itself around on me. When I began to write the chapter about the psychopath, my mom popped up in my mind, and I started accessing all these thoughts. I expected to own the material but in the end the material owned me.

Even in the book as confessional as this one, the sudden reveal about your mother is startling, as is your account of why she came to your mind after avoiding her for years. You were listening to a psychopathic serial killer rationalize his actions when you thought of her, and you realized that you’re talking to the killer in part to see if you could recognize anything of yourself in him, and you were doing that because you wanted to know if you were your mother’s son.

Then you had to balance your biological inheritance from your mother with your experiences growing up around her.

It was the catalytic moment in writing Mad Blood, and I was right to trust my instinct because it led me to places that provided profound revelations to me, if maybe not to the people reading the book. So, yes, it surprised me. I didn’t intend to write about her. But I have always been really interested in psychopaths. Super-interested in graduate school, when I was way more interested in them than in Alzheimer’s, which I was ostensibly studying. Why was I interested, why was I writing this book? I think because I had always asked myself, is my mom responsible for her often cruel behaviour or is she mentally ill?

That was the crucial question for you?

If she’s ill then the way I see my responsibility towards her is different than if she is constitutionally nasty. If it’s the latter, how do I differentiate her from people who are mentally ill, because people with schizophrenia or bipolar disorder or whatever can be incredibly nasty and vituperative and vindictive but fundamentally they’re not at fault? The average person is interested in psychopaths because it’s basically a monster story. I was interested because of her, because I needed to understand this corner of the human condition which we as a liberal society tend not to talk about anymore. We talk about mental illness, but I do believe in evil.

I worried a lot when I was a kid and I didn’t know what she was. And I still don’t. But I also worried a lot about being that way myself. I’ve been in a rage where I wanted to kill someone—I haven’t done that, but I’ve come pretty close because my empathy just turns off—and in those moments you can do terrible things to people. We don’t like to talk about that, saying, “Oh, nobody ever does that.” Except anyone who has unintentionally killed someone, or who has broken their kid’s arm, because momentarily their empathy has disappeared. So, I felt I needed to understand this and my capacity for it. My conclusion after writing this is that I’m different. I’m not made of the same stuff as her, whatever that stuff is. I feel fairly confident that she has a major personality disorder in addition to what other disorders she may have. But I’m not a psychiatrist. I’m also hugely biased.

Your story, and the book as a whole, is largely a discussion of male violence within terms of the eternal nature-versus-nurture tension. Like just about anybody else who has a look at human behaviour, you come down the middle. Your own personal combination, though, is not what most readers would expect.

I explain my dad’s background, by which I mean I’m from a frontier culture. I go in-depth about my mom’s behaviour. So it’s not like there aren’t environmental factors involved in my violence. But I was also raised pacifistic, egalitarian, feminist, a modern man. And you know what? Those are principles I still uphold—I’m here cooking and cleaning and looking after my three-year-old and I don’t feel my manhood is threatened. So here is a guy raised the way I was and I’m still the way I am. It started me thinking, can we create policies, not necessarily institutional or legal policies, but familial policies to engineer out these emotions? I tend to think we are stuck with them, and if we think we can simply train boys and men not to be violent we are willfully neglecting a deep chunk of emotions that are very easily elicited.

And you are a particular way. You have what you call White Hat Syndrome—when you run into bullies and jerks you feel the mad blood stirring. Do you now see your syndrome as more of a cloak over something fundamental in you, as a rationalization?

A cloak, sure, but I actually think it’s more complex than that.  The desire to protect good folks is inherent and natural, a just and a good thing—an emotion that is clear to men and women. The fact we evolved that protective instinct is a self-reinforcing thing, in men in particular. Look at movies: we just love that hero doling out social justice in the crudest and most primeval way. So, doing it, and doing it well (that is, winning), results in an inherently rewarding emotional state and a lot of social-sexual success. The pull to be that guy is deeper than just being told as a boy to admire tough cops or soldiers. And it can override rational thought. That’s what it was doing to me with the guys I became involved with, even if they were true a–holes who needed to be checked one way or another, not necessarily physically. It just kind of co-opted my emotional state so that it was easy for me to justify what I was doing. At some level I always knew I was finding plausible deniability, getting into situations where I knew I had just cause or at least felt I had just cause. I could have probably left a great number of them alone.

The violence is in us, and from the very beginning—as you point out, chimps go on killing raids. And the schoolyard, the source of several of your stories, is nature red in tooth and claw.

Violence is the default when everything else falls apart, and as a kid you’ve only got a few go-tos in terms of achieving social status. So, if you fail at those and you happen to be big enough or to have enough coalitional force behind you, you can use violence. Yeah, it’s there in the schoolyard, for sure. I volunteer at my daughter’s preschool. The number of times I have had to separate two kids batting each other in the face . . . and, you know what, it was always boys. Really sweet good boys, at that, so you teach them not to do it and give them other tools.

We can’t talk about male violence without talking about testosterone, which turns out to be a complicated story. For one thing, men in honour cultures have more of it.

There’s a natural variation, of course, but even if you and I have the same levels, and you’re from an honour culture, very touchy about insult and control and the like, and I’m from a non-honour culture, if we are provoked in the same way, your testosterone level will momentarily spike up higher than mine, you’ll be more reactive in terms of your circulating testosterone and you will subjectively be angrier, you will feel the insult more. Isn’t that crazy?

It is crazy because it’s very hard to see how that’s strictly biological. It seems you have the amount of testosterone your social conditions demand—this is one flexible hormone. It raises questions too about the popularity of testosterone injections. Violent crime, like war, correlates to the number of young men around at loose ends, and goes down as men age out of their testosterone-rich years. Is that happy result going to dissipate?

No, no. When a woman transitions to a man and she starts taking testosterone, she doesn’t start beating people up. There’s no evidence in lab studies that if you inject a guy he becomes more violent, but in every other species an individual given more testosterone will become more violent. I think that’s really telling about what we are, in our middle ground between environment and heritage—an animal with a thin capacity to not just jump right on our impulses.