What food patriotism gets so wrong 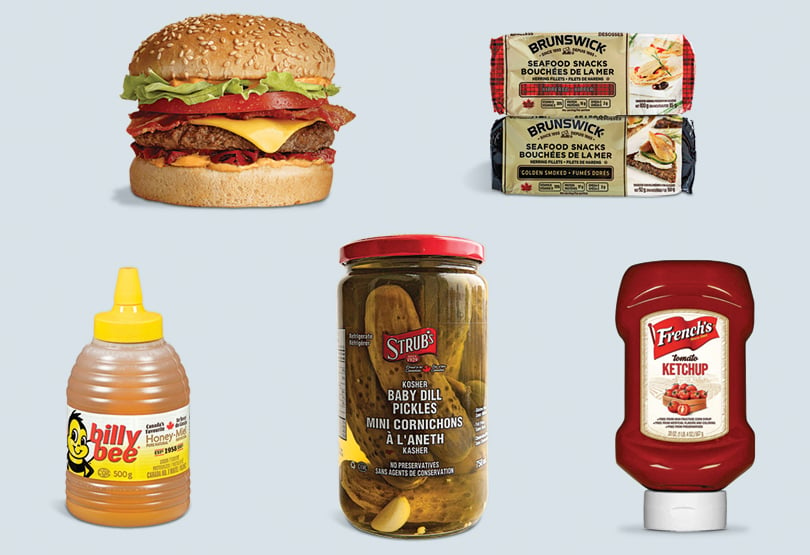 For a country whose most iconic food might just be the Timbit, Canada is becoming a nation of foodie patriots. At least, that’s the conclusion to be drawn from recent flare-ups that saw the Canadianness of food become the focus of national disputes.

When a Manitoba beekeeper learned that Billy Bee—“Canada’s favourite honey”—was not going to buy his honey this year, he launched a petition. “Canada’s largest honey packer, Billy Bee, and their international corporate parent McCormick have all but stopped buying Canadian honey,” he wrote on Change.org last month. “Instead they choose to import cheaper honey from countries like China and Argentina and blend them with just enough Canadian honey so that they can still say Canadian on the bottle simply to improve their bottom line.”

Cue the outrage and calls to boycott Billy Bee. The petition garnered more than 70,000 signatures.

It was a scenario reminiscent of weeks earlier, when consumers learned French’s ketchup—made with tomatoes from Leamington, Ont.—was being pulled from Loblaws shelves. Quick to the defence of southern Ontario farmers, Toronto-area MPP Mike Colle threatened to lead the boycott of Loblaws. Never mind that the ketchup’s bottling takes place in Ohio (for now) and the profits go to a multinational consumer goods company based in the U.K.

“I don’t think there’s any consensus to what a Canadian product is,” says Sylvain Charlebois, a professor at the University of Guelph’s Food Institute. “You have elected officials criticizing Loblaws, the largest private employer in the country, for delisting a foreign-owned brand. It’s beyond comprehension.”

So what makes food “Canadian” under current regulations? It’s very broad, Charlebois says. “As soon as there’s some processing done in Canada, companies are allowed to put the Maple Leaf on their product.”

Which might explain why your local grocery store shelves—considering their stickers, labels and company logos—could easily be mistaken for the most patriotic place in Canada, even if the products don’t fully satiate everyone’s appetite for food sovereignty. “There are Canadian content laws for television. Could we have Canadian content laws for retailers and restaurants?” wrote Emery Huszka, president of National Farmers Union–Ontario, in a recent op-ed. “Canadian eaters shouldn’t have to rally to Facebook to get access to Canadian food.”

Some are betting Canadians’ money will follow their patriotism. This week Primo, known for its pasta products, launched a “100 per cent truly Canada ketchup,” including ingredients, processing and ownership. While Primo waits to see if national pride translates into market share, if the Made in Canada label was so restrictive, the Maple Leaf would disappear almost entirely from shelves. (No product featured here would make the cut.)

The overly simplistic backlash against foreign food, and the disturbing willingness of some politicians to advocate for protectionism, is also a dangerous trend that could end up costing Canadian households in the end. “If we are to discriminate against foreign products, you would see prices go up, particularly in the wintertime,” Charlebois says. It wouldn’t only be $8 cauliflower making headlines.

So when Charlebois is out buying groceries, the “Made in Canada” designation has no impact on his selection. “I look for convenience, quality of the product and, obviously, price,” he says. “If a product doesn’t have the right price point, I’ll walk away—like most people.”

Strub’s pickles are ‘made with Canadian cucumbers first,’ according to the company website. But when winter comes, Strub’s goes south of the border for its supply. Facilities in Quebec, Ontario and B.C. handle the processing and packaging.

WIth headquarters in Richmond, B.C., the farm-friendly company makes its products at facilities in Washington and Wisconsin. Unable to source all its organic ingredients domestically, almonds and apricots, for example, come from Turkey.

Maryland-based McCormick & Company states that 85 per cent of its honey comes from Canadian beekeepers and, depending on the brand, gets blended with honey from Argentina or China. Its organic honey is sourced from Brazil.

Brunswick sources its herring from the Bay of Fundy, Chedabucto Bay and the Gulf of Maine, a region that straddles the Canada-U.S. waters near New Brunswick, Nova Scotia and Maine. The fish is then cleaned and packed at its Canadian facilities.

Janes Family Foods brings in chicken from Canada, the United States, Brazil and Thailand. Regardless of the source, it’s all breaded or battered (using ingredients from Canada and the U.S.) and then packaged in Canada.

The tomatoes come from Leamington, Ont., yet the bottling takes place at a plant in Ohio. (There’s talk about moving that to Canada.) The profits go across the pond to U.K.-based Reckitt Benckiser Group, a consumer goods company.

The burger chain commited to use beef raised without the use of hormones or steroids, which means A&W Canada uses select cattle ranchers in Canada, Montana and Australia. The ketchup and mustard, meanwhile, is all from French’s.

FILED UNDER: Editor's Picks food Made in Canada