Malcolm Gladwell tackles the peril in encounters between strangers

Humans are easily misled by con men and just as prone to misjudge people who act outside the norm. We really do need to learn to do better, argues the renowned author. 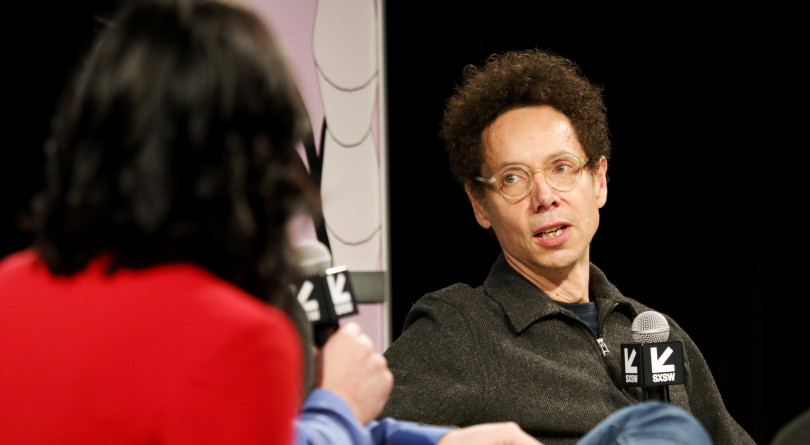 Malcolm Gladwell speaks onstage during the 2019 SXSW Conference and Festivals on March 9, 2019 in Austin, Texas. (Samantha Burkardt/Getty Images for SXSW)

Malcolm Gladwell’s highly successful writing career rests on a signature combination of narrative flair, insights gleaned from social science and intriguing anecdotes. In bestsellers from The Tipping Point to David and Goliath, the Canadian-raised New Yorker staff writer connects the dots in startling ways to create novel theories of familiar phenomena. But Gladwell’s newest book, Talking to Strangers: What We Should Know About the People We Don’t Know, takes a different tack. The writing is as graceful as ever and the results of social psychology experiments as prominently displayed, but the tone is more urgent and the conclusions more tentative. Gladwell tackles an issue he feels is a growing problem—interactions with strangers that go wrong—through a fresh look at some prominent examples. They include the stories of financial con artist Bernie Madoff, wrongly convicted Amanda Knox and, especially, African-American Sandra Bland, whose minor traffic violation sent her to the jail cell in which she killed herself. Gladwell uses them all to illustrate what he calls “different aspects of the stranger problem,” and to lay out his case: humans are easily misled by con men and just as prone to misjudge people who act outside the norm. We really do need to learn, he argues, to do better.

Q: Four years after Sandra Bland’s death, you note that attention has long since moved on to newer outrages. But you don’t think Americans should move on, that her death is a significant issue that should be faced.

A: The media and the zeitgeist tidy up after an event like Bland. We come up with our sort-of explanations, even if they are not particularly persuasive, and then file the event away. We shouldn’t do that. There is much to be learned by going back and revisiting things that we think are settled business.

READ: Malcolm Gladwell on the secret power of the underdog

Q: That is because we have more interactions with strangers than we once did, and we can’t allow so many to end badly?

A: Late in the writing of the book, I began wondering if I could have written it 50 years ago, assuming I was capable of writing a book when I was five or six, and realized, no. The nature of the modern world—both in our moving about in it and its digital nature—means stranger interactions are now more frequent and often higher-stakes. We have more expectations, not always positive, of everybody new we encounter.

Q: Through various quirks of human psychology—particularly our “default to truth,” an operating assumption that the people we are dealing with are honest, and the inherent belief in “transparency,” that we can “read” others like an open book—we have a lot of trouble getting it right whether or not strangers are lying. At times, is human judgment—think of that bail study in New York [see below]—not only useless, but harmful?

A: Only at the margins. Most of the time whatever errors we make because of the transparency assumption are relatively benign. When people “match”—that is, behave in accordance with our idea of how they should behave—we’re fine. And most of the time it doesn’t matter that we default to truth: that’s what allows society and individuals to muddle through as successfully as we have. But while these trust-based strategies work under typical circumstances, at the margins they don’t work at all—not with an Amanda Knox who simply doesn’t present as we expect an innocent person to. Ninety-nine percent of interactions between police officers and motorists are fine, but society can sustain an awful lot of stress and damage from the one per cent that is not.

Q: All right, but in the bail study computers beat humans hands down. Operating on the same information about an applicant but without the personal appraisal of a human judge, computer decisions were 25 per cent more accurate in predicting which applicants would not show up for trial or commit further crimes while on bail. Does that mean clumsy human hands should be removed from the process?

A: No. The very idea of an impersonal criminal justice system, with machine-made decisions, is terrifying and corrosive. The human element is what confers legitimacy. It may be why we make errors but it’s also why the price we pay for our errors is worth it, absolutely worth it.

Q: Let’s go through some of the more eye-popping aspects of the stories you cite. None is as revealing as the psychologists’ word completion task, where participants are asked to complete, say, GL_ _ , however they chose. When asked if their answers, whether “glum” or “glad,” revealed anything about their inner selves, everyone said, no, they’re just words. But when given other respondents’ filled-in word sheets, the same people were happy to infer sweeping generalizations about total strangers.

A: Yeah, yeah, that little test is so creepy. The blindness we have about ourselves is extraordinary. The people in the test didn’t even notice what a contradiction they were caught in.

Q: Or the lesson you draw from a successful ring of Cuban spies and moles in America: it’s not that the spies are brilliant, but that the rest of us are not.

A: It’s just fun reading about Anna Montes and realizing how extraordinarily crude her espionage was. I mean, she went to Cuba on her sabbatical, for goodness sake. She kept the radio she used to communicate with Havana in her closet and her codes in her purse! It makes you realize that every James Bond movie is just plain wrong. The spy doesn’t have to be a dazzling, sophisticated person, because the rest of us default to truth—even when we’re in the espionage business.

Q: Then there are the videos of people questioned whether they cheated on a test. Some lie and some tell the truth. Viewers make the right call on which about half the time, which misleads us into thinking our judgment is random. But if you drill down into the responses it gets more complicated. It’s not random at all.

A: That’s right. That insight from psychologist Tim Levine is incredibly important. For years we assumed nothing was guiding our judgments, we’re just guessing. But it’s not so. We are great on two of four categories and terrible at the other two, not random across the board. The two that trip us up are people who look truthful as they lie and people who look deceitful as they tell the truth. The “match” cases—liars looking deceitful, honest people looking sincere—present very little obstacle. Putting aside the good liars, it means a specific kind of honest person—the Amanda Knoxes of this world—are misread and victimized, over and over. For that kind of person the world is a profoundly unfriendly and scary place.

Q: The striking thing about Levine’s findings is that the people trained to do this evaluation for a living, police officers for instance, are better than average only on the match cases, where untrained people were already pretty good.

A: On the fringes, professionals are just as bad as the rest of us, which is incredibly problematic because their expertise only matters if they are good at the things the rest of us are not.

Q: Like figuring out which of their colleagues is a double agent or why a woman in a stopped car is tense and hostile? That leads to another piece of the puzzle: context, which you obliquely approach by discussing “coupling” in suicide.

A: In my writing I keep coming back to how important context is in understanding behaviour. I am baffled as to why this is hard for people to understand in regards to suicide. The incidence of suicide is a product of intention in combination with a context. In 1962 when Sylvia Plath killed herself, like 44 per cent of the other suicides in England and Wales that year she used the lethal gas in her oven. By the time that gas was fully changed over to natural gas in 1977, the number of suicides—not just suicide by gas—had plummeted. Richard Seiden’s follow-up of 515 people who had been stopped from jumping off the Golden Gate Bridge between 1937 and 1978 found only 25 had gone on to kill themselves by other means. And if suicide is coupled in that way, what else is?

Q: You don’t mention guns, although their prevalence must be tied to American suicide rates. For everyone who heads for the Golden Gate Bridge there are a lot more who turn to the bedside drawer.

A: I could have spent a whole chapter on guns. I just thought that would be obvious. Readers will make that connection for themselves.

Q: In the final chapter you return to Sandra Bland, after raising all the issues that can go wrong in a stranger interaction, from our arrogant belief that we can easily read others to our mistrust of unstereotypical behaviour to, perhaps most important, context. For any American police officer approaching a car with a person of colour at the wheel, there is a load of context. And Texas Highway Patrolman Brian Encinia didn’t seem to have any of that on his mind.

A: What’s so heartbreaking, almost unbearably poignant, about the encounter is it did not proceed from the get-go on the basis of malice. This guy is trying to do his job but he’s not the most skilled person at it and he’s got a difficult case. And he should never have been there in the first place. The practice of aggressive policing, which cuts across our instinctive default to truth, instructs officers who have their interest piqued by some vehicle to look for any reason to stop it—broken tail light, whatever—and go from there. So Encinia sees Bland cruise through a stop sign at a university, where he had no jurisdiction, and swings out to follow her.

Q: He doesn’t know she has $7,500 in unpaid traffic violations, and ignores or is unaware that the sight of him coming up fast and close behind her—so he can check the state of her car for an excuse to pull her over—is what makes her nervous enough to get out of his way by changing lanes without first signalling. And there’s his excuse.

A: Nor does Bland understand, because Encinia never gives her any basis to, that he only intends to give her a warning. Had she known that, it’s quite certain that she would have behaved differently. She was still correct, though. Almost any normal human being would have been irritated. The pretext on which she was pulled over was so transparently fraudulent that of course she got upset, particularly given her own history of encounters with police. Instead it goes from misunderstanding to misunderstanding and she ends up in a jail cell charged with felony assault.

Q: So what do you want people to take away from Talking to Strangers, since the only quick answer—turn everything over to artificial intelligence—is not only impracticable but unacceptable?

A: There are some books which simplify things we thought were complicated. This one is complicating what we thought was simple. I can’t give the reader two sentences that sum it up except to say the world is complicated. So caution and humility: we need to work with human frailty rather than turn our backs on it.