Manny Malhotra's got his eye on the prize: Keeping his career alive

An injury threatened to end Manny Malhotra's playing days. Now, he must prove himself again, every night. Game on. 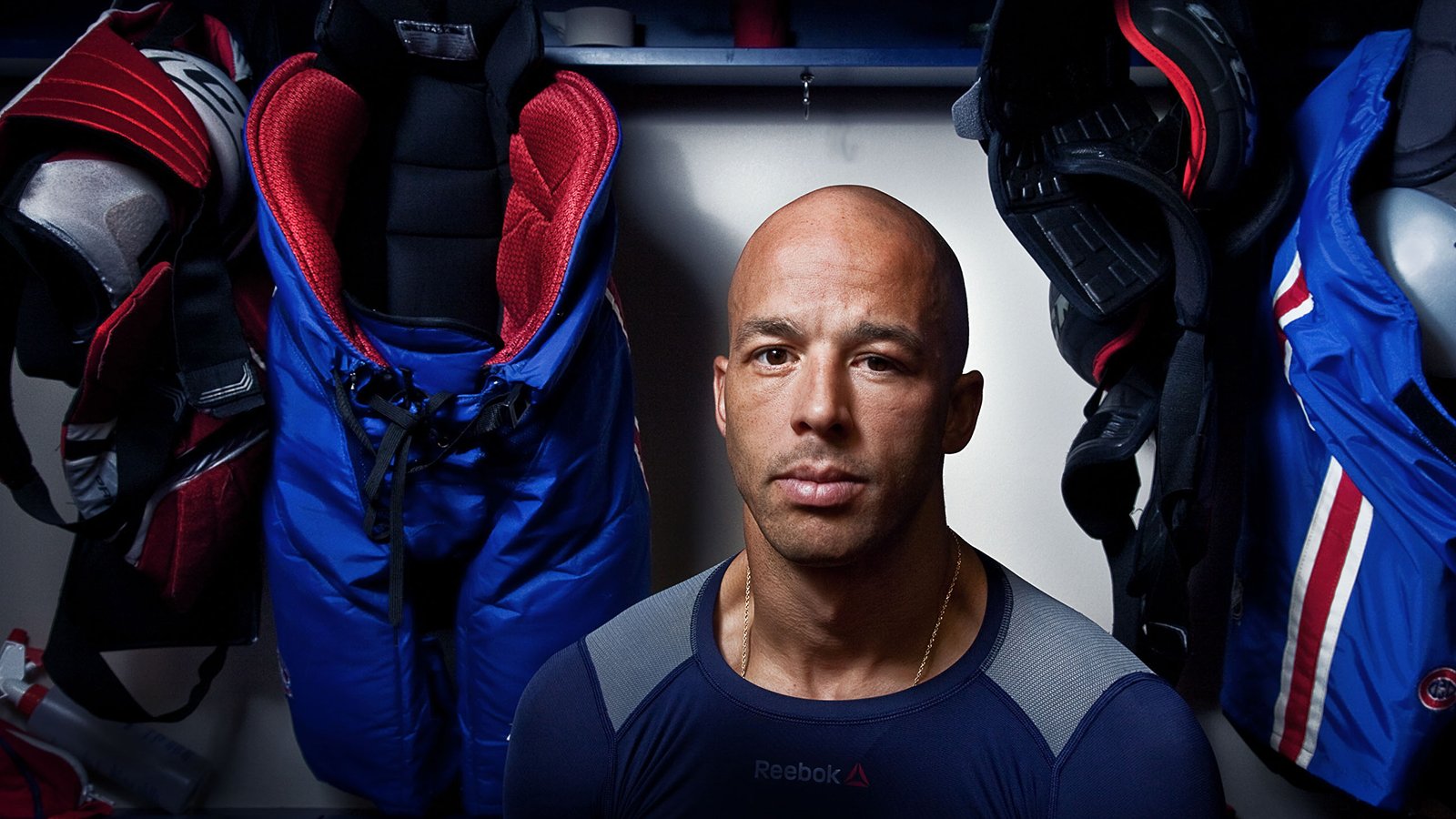 You hardly notice the injury that nearly stole Manny Malhotra’s NHL career. A slight bulge in his upper eyelid perpetually shades his left pupil, making it appear off-centre. Malhotra says the effect on his vision is similar to forgetting a contact lens.

Yet his return to the NHL, and his recent signing of a one-year contract with the Montreal Canadiens, testifies to good luck, better doctors and Malhotra’s obsession and drive. “I remember everything,” Malhotra said recently after one of his first workouts with the Habs. He was playing with the Vancouver Canucks at the time. It was March 16, 2011, a Wednesday-night home game against Colorado. Malhotra, a centre, was in the neutral zone, waiting for a pass from the faceoff. A puck deflected off a defenceman and into his eye. Malhotra made a beeline for the dressing room, clutching his face.

“The panic, the pain of feeling blood coming down your face—it’s something that I felt many times before and didn’t think anything different of it. But, once I got back—couldn’t focus, couldn’t see anything—I knew something was a little bit different than the other times I’d been cut,” he says. “Initially, I heard, ‘You’re going to be out for two or three days,’ then the next doctors said, ‘You’re going to be out five days to a week,’ and then the next guy said, ‘Your season’s over.’ ”

So, too, was his time with the Canucks, who took him out of the lineup after nine games during the next season. Despite Malhotra’s impressive rehabilitation regime following multiple eye surgeries, Canucks general manager Mike Gillis said he feared for the player’s on-ice safety. 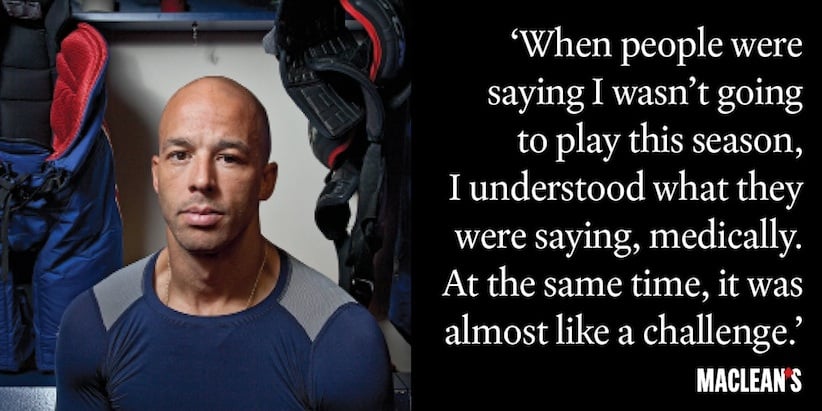 The idea of retiring in the wake of his release from the Canucks didn’t even cross his mind. Malhotra played a season in the AHL and returned to the NHL last season, with the Carolina Hurricanes. His vision damaged, he says he compensated by throwing his shoulder checks earlier and being more aware of his position on the ice.

His one-year contract with the Habs is likely the new reality for Malhotra—at 34, and with the lingering effects of an injury, he’ll have to prove himself all over again, every night. He’ll play the same role he did in Carolina: as a faceoff threat, a powerful penalty killer and a character player with leadership skills.

“I think being the youngest of four kids was part of that, having that mentality of, as soon as my brothers and sisters said, ‘You can’t do that,’ it was almost like a dare for me,” he says. “When people were saying I wasn’t going to play this season, I understood what they were saying, medically. At the same time, it was almost like a challenge to see if I could do it. I want to be able to do it, just to say, ‘Screw you, I can do it.’ ”

Malhotra has already been called a locker-room leader off ice. His fluent French has also made him an early staple on television. On ice, Malhotra will be called upon for his ability in the faceoff circle; with a 58 per cent win rate, he is five percentage points ahead of Lars Eller, the team’s leading faceoff man last year.

Once a dedicated critic of visors—“I got caught up in that machismo of, if you put a visor on, you’re soft,” he says, rolling his eyes—today, Malhotra is a living witness to the perils of not wearing one. “I’ll tell anyone who’ll listen that the game is too fast, there are too many elements of danger out there—and there’s no reason why you shouldn’t wear one.”

FILED UNDER: Inside the NHL Manny Malhotra NHL