March of the sneakerheads: Inside the NBA's shoe culture

As NBA All-Star Game fever hits Toronto, so too has the sneaker culture that's become an intrinsic part of basketball

Dalton Jackson was barely a teenager when he laid his eyes on a pair of Reebok Answer I’s—gold and black—the first shoe in a series promoted by basketball legend Allen Iverson. They didn’t come cheap, but he was compelled to buy them—three pairs, in fact, so he could have backups in case the other pairs got dirty.

About two decades later, Jackson is in the final stages of setup for the Ultimate Sneaker Show, where thousands of sneakerheads, as they are dubbed, will see shoes so rare (yet available for purchase) that he expects some could pay upwards of $4,000 for the most rarefied sneakers in the room.

While NBA superstars and celebrities took the court Friday night to kick off the NBA’s all-star weekend in Toronto—the first time the event has ever taken place outside the U.S.—thousands more throughout the city were instead waiting in longer lines and shelling out more cash for a pair of exclusive sneakers than a pair of game tickets.

Basketball and sneakers have long both been big business in the U.S., where sponsorship deals with NBA players can cost a brand hundreds of millions of dollars. And the market for shoes in Canada appears poised to take flight, thanks in large part to the Toronto Raptors’ recent success, not to mention the fact that Canadians were selected first overall in the 2013 and 2014 NBA draft.

“My Twitter feed was blowing up with all the shoes dropping today, from Nike, Adidas and Under Armour,” said Matthew Teeple, who tracks footwear for NPD Canada. “It creates a sense of urgency in getting the product.”

With shoe releases from LeBron James to reigning league MVP Stephen Curry, plus a host of other NBA superstars past and present, buying a pair isn’t only about money. It’s about dedication to wait.

Dwyane Wade’s latest shoe, the Li-Ning Way Of Wade 4 All Star, is so rare that only 100 were made worldwide. As one pair sat inside the footwear boutique shop Ugly Dukling in downtown Toronto at a price of $345, a hundred locals waited outside by the window (temperature: -21° C) for the store to open.

Though there are female sneakerheads, the culture is largely dominated by men. “It brings with it a masculine sense of collecting,” says Elizabeth Semmelhack, senior curator at the Bata Shoe Museum and author of Out of the Box: the Rise of Sneaker Culture. “There’s this idea of having every one of a type of shoe.”

In some cases, it’s about having more than one of every type. Jackson often gets two pairs of each shoe. “I’ll have one pair to wear, and one in deadstock condition,” he says, using the term that a new generation of sneakerheads use to refer to unworn, untouched shoes. “It’s a part of the game when you have to have something to pull out of your stash one day and if you don’t have any deadstock quality, [the sneakers] are beat up or worn.” Keeping mint condition shoes for that rare occasion, in effect, is about status.

“In the sneaker culture, the first thing people do is look at your feet,” says Dion Walcott, co-founder of the community organization Toronto Loves Kicks. “What you’re wearing says a lot about your personality.” A bright orange pair of sneakers—a loud colour—could imply a loud personality. Colour-coordinating shoes each day with an outfit demonstrates an attention to detail. But it’s not only about the look.

“First and foremost is comfort. After that, it’s all style: the lines, laces, straps, zippers,” says Dwight Powell, a member of the Dallas Mavericks and one of three Canadians taking part in the NBA’s Rising Stars Challenge Friday night. Powell says he loves how social media stirs hype for the next big shoe. “It’s exciting, but it’s also frustrating because 90 per cent of them you can never get your hands on,” he says. 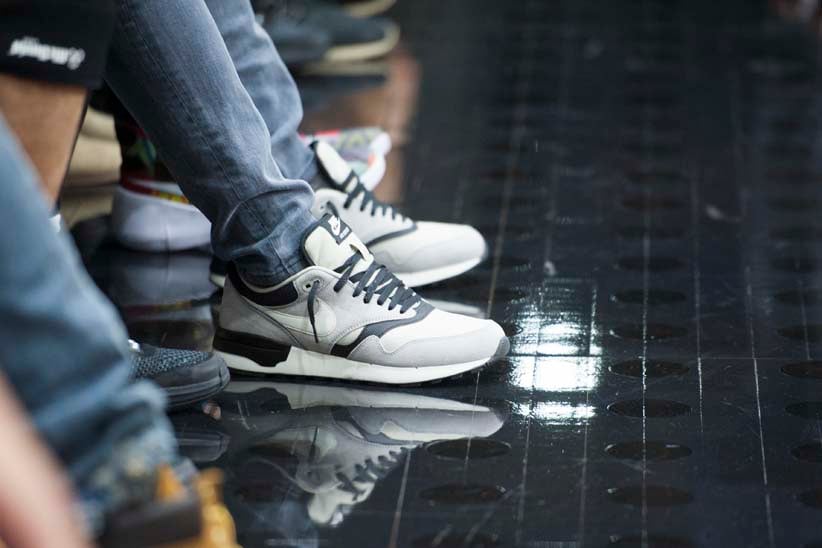 Steve Nash’s shoes as he coaches Team Canada during the All-Star Celebrity game in Toronto on Friday, Feb. 12, 2016. (Photograph by Hannah Yoon)

Status and sneakers date back to the mid-19th century. “The earliest sneakers were worn by upper-class people who had free time to play,” Semmelhack says. “The majority of people couldn’t afford sneakers or afford the time to play.”

When rubber production increased in the 1930s, sneakers’ status became inversely tied to their accessibility. Those doldrums lasted until the 1970s when, thanks to the proliferation of televised sports, basketball fans noticed the likes of Kareem Abdul-Jabbar wearing Adidas. But “the watershed moment is when Michael Jordan signed with Nike and [hip-hop group] Run DMC signed with Adidas,” says Semmelhack. “Both those elements brought sneakers to a much wider audience.”

Related: What more do we need to know about Michael Jordan?

Air Jordans became a must-buy for basketball and sneaker fans, and the industry took flight along with His Airness. The sequential release of each shoe—the Air Jordan 5, Air Jordan 6, Air Jordan 7—only added to their hype and collectibility, says Semmelhack, even long after Jordan himself retired from playing.

In fact, when a writer from Sports Illustrated visited a class of U.S. fourth graders last summer to talk about his book about Michael Jordan, none of the students had heard of the basketball player. But when he mentioned the sneakers—the Air Jordans—everyone recognized the brand.

“The celebrity association with the shoe has been surmounted by the celebrity element of the shoe itself,” Semmelhack says. Essentially, the most famous brand of basketball sneakers is more famous than the greatest basketball player to ever play the game. Sports Illustrated called it a sign of the apocalypse. Perhaps it’s just a sign of the times.

Most people would recognize the name Chuck Taylor as a brand of shoes, but not many remember that he, too, was a basketball player in his time. Others may not even remember the sneaker war of Adidas versus Nike, especially now that there is a third major player in the market: Under Armour, which has a contract with Stephen Curry until 2024. Taking a page from Air Jordan’s numerical shoe system, several new colours for the Curry Two are set to debut this All-Star Weekend.

“The question is,” says Semmelhack, “will Steph Curry’s Under Armour deal be the next Jordan brand?” If it is, perhaps it’s time to get in line. 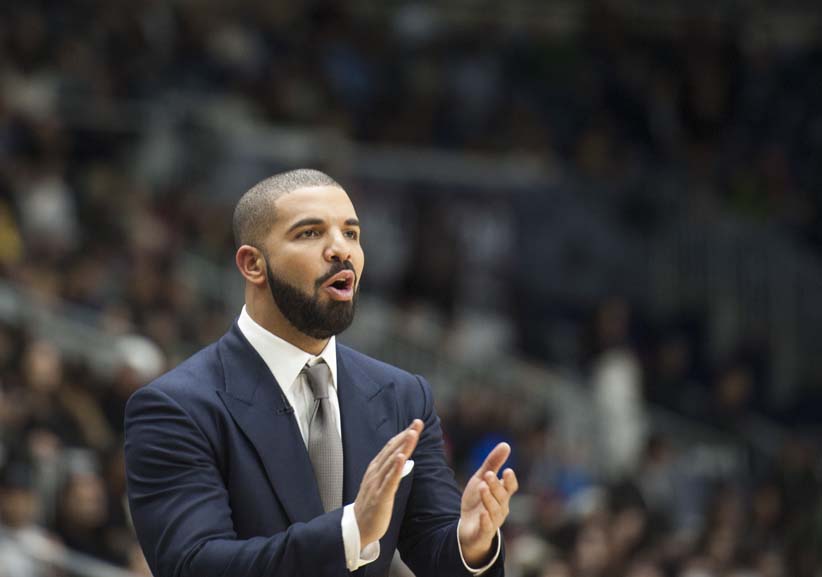