'We want as many kids on the ice—no matter what level.' 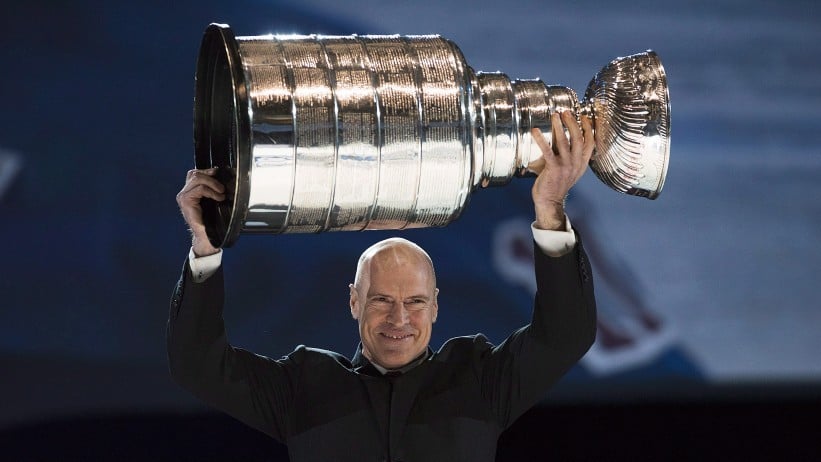 In all his years playing pro hockey, Mark Messier was never part of game like the one at Lake Placid earlier this winter. Watching his son’s team from the bench with the score tied after three periods, the game went to five-on-five sudden death. No one scored in the first shortened overtime period, but there was no shootout.

The game continued with four-on-four hockey. No one scored. Three versus three. No goals again. Then… two-on-two? Yes, and still nobody scored.

“Sure enough we got to one-on-one and our boy ended up scoring a goal,” Messier says with a big smile. “We won the tournament.

“I don’t think the NHL will ever get to that,” Messier continues, pausing briefly. “It would be amazing. Crosby and Ovechkin would be unbelievable.”

Canadians don’t need any more reasons to get excited about watching hockey. If the Winter Olympics in Vancouver and Sochi showed us anything, it is that our hockey obsession hasn’t waned at all. Many fans woke up at 4 a.m. to watch the men’s gold-medal final in Sochi at their local bar. Reactions to the Canadian women’s late-game heroics, meanwhile, made for amazing highlights on YouTube.

But Messier’s role isn’t to win gold medals anymore, nor is it to add to his six Stanley Cup rings. These days, he’s trying to get young Canadians to lace up a pair of skates and grab a stick.

Enrolment in hockey across the country has decreased, according to a 2013  International Ice Hockey Federation survey, though Canada’s more than 600,000 registered members across all age groups is higher than any other country. Don Cherry says more hockey on TV is unlikely to change that because of what he says is the root cause. “It’s only down because of the expenses,” the longtime host of Coach’s Corner said at a Hockey Night in Canada panel on Monday.

Hockey is pricey, especially compared to other team sports. There is no shortage of safety equipment parents need to buy, and ice times aren’t getting cheaper. According to a Hockey Canada survey, the average hockey parent spent almost $3,000 on minor hockey a few years ago. But Messier says the costs aren’t simply monetary. “Costs come from travelling to tournaments every weekend, to hotels, to dragging your other kids around,” he says. “There’s a cost of the family dynamics being challenged.”

Parents aren’t enrolling their kids in hockey solely because of worries about time commitment, costs and safety. Yet another hurdle, according to Bauer’s research, is overcoming the belief from non-hockey families that the game isn’t fun.

“Parents and players that aren’t playing…all they hear about are the elite hockey programs that are grinding these kids to an early professionalization,” Messier says. “We want as many kids on the ice—no matter what level.”

Nicknamed “The Moose” in Canadian hockey circles, Messier is better known as “the Messiah” south of the border, where he brought a Stanley Cup to New York. He was interested in taking over the head coaching duties of the New York Rangers last year, but when the organization hired someone else, Messier set his sight on youth hockey in the Metropolitan area. With no ice rinks in the Bronx, Messier was in the state Capitol on Tuesday pitching lawmakers on his plan to help convert a vacant armoury into a massive hockey complex with nine sheets of ice.

Messier is also looking to assist Bauer’s worldwide initiative to add 1 million new players to the game by 2022, through the program Grow the Game. He says coaches should not only teach the basics of hockey, but also teach lessons that can be useful without a puck at your stick: dressing room etiquette, cleaning up after yourself, accountability, punctuality. “[My dad’s] philosophy has been the same all through his 50-some years of coaching,” Messier says of his father, Doug. “It’s about developing kids and civilians.”