Mark Zuckerberg didn't lie to us. We lied to ourselves.

Scott Gilmore: Facebook users are the ones who got dizzy and confused and decided to share their lives with strangers. Don't blame Zuckerberg. 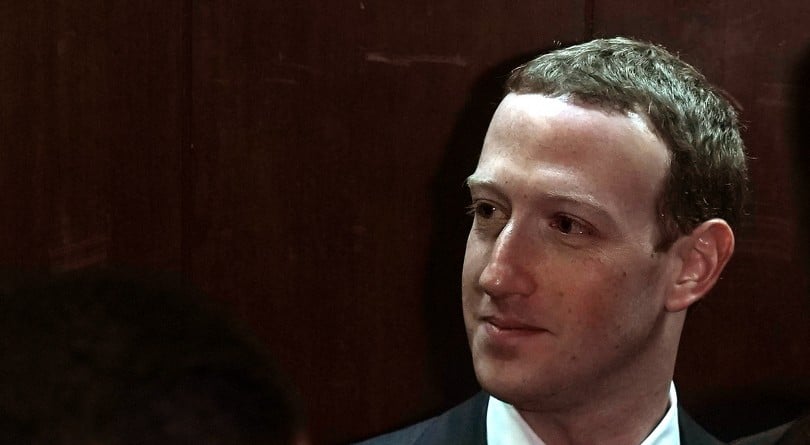 Mark Zuckerberg is performing a ritual apology by testifying before Congress today. We used to call it an auto-da-fé. During the inquisition, this was a well-orchestrated event. Someone would be accused of some vague sin that implied some great evil—he missed mass, therefore he was in league with the devil to ruin the harvest. The defendant would be brought into a public square to confess and beg absolution from Church officials.

It was all carefully choreographed to make the sinner look guilty, and the judges look righteous and merciful. (Unless, of course, they decided to burn the poor sod alive, which was often the case.)

So Zuckerberg, who reportedly hired coaches to help him appear as penitent as possible, will sit in front of stern-faced legislators and beg forgiveness. In the galleries, and online, the public is booing loudly. Facebook is being blamed for all evils. It leaked our private thoughts to Cambridge Analytica. It helped the Russians elect Trump. It caused our crops to wither.

Whether he will be forgiven is still unclear. The #DeleteFacebook campaign is roiling about, but it is difficult to tell if this will actually reduce the number of people who use the service. Politicians are hinting at new laws to constrain Zuckerberg and his ilk, but the details of what exactly would be legislated, and how, and when, remain elusive.

It’s mostly theatre. Because everyone recognizes that you, Facebook users, are the guilty ones, not Zuckerberg.

The last decade has seen perhaps the greatest rewiring of society in human history. From our days as chimpanzees, right up until the early 21st century, the size and nature of our social networks have been remarkably stable. A million years ago we wandered around the Serengeti in groups of about 150 people, all of whom we knew well and interacted with on a daily basis. Just 15 years ago, when researchers asked people to list work colleagues, neighbours, friends and family, the average number was roughly the same. Scientists have theorized this is because our brain is biologically limited to how many relationships it can manage.

RELATED: Don’t blame Mark Zuckerberg, you want Facebook to have your data

Then Facebook arrived. We retreated into our phones and found dozens, hundreds of new friends. On Twitter, the connections we’ve made are counted in the thousands. These relationships are qualitatively different, of course. A hundred years ago you were only known to family and the people in your immediate neighbourhood. You knew a lot about them and they you. Those were what sociologists call “strong links.” Your friend’s friend on Facebook is something very different: a “weak link”—you know only a little about them, such as their name, where they live and that they share your love for cats.

Our social networks expanded exponentially, but our brains didn’t. So, we kept interacting with these networks the same way we did when we lived in a tribe or a clan or a village. We treated these new weak links like our old strong ones. We shared our most private thoughts, our intimate photos, our political views and our barbecue recipes.

People have been warning us, from the very beginning, that just because Facebook calls these people your “friends,” they aren’t really your friends. Collectively, we responded by just changing the definition of friend. It now includes the most vague acquaintances, even strangers.

With this new Facebook controversy, many of us are just beginning to grasp what is going on. We are discovering that the deeply inappropriate photos from our cousin’s wedding are now in the hands of companies we’ve never heard of, and we’re furious. Who did this to us? Zuckerberg! Burn him!

But it’s not his fault, it’s ours. We are the ones who got dizzy and confused and decided to run naked all over town. Facebook didn’t make you share your most intimate thoughts with people you’ve never met; it only invited you to do so. You are the one who mistook a “friend” as a real friend, someone to be trusted. You are the one that chose to believe the engineers at Facebook would keep it all private, engineers you couldn’t name and have never met—in other words, complete strangers. You can’t now indignantly claim you were tricked and lied to. You can’t justly accuse Zuckerberg of violating your privacy. You did all this, not him.

It’s time we all recognized our online social network for what it is, just a group of strangers. And then start behaving accordingly.