She was never idle and had a flair for decorating. In hard times, she found comfort in her family, faith and volunteering. 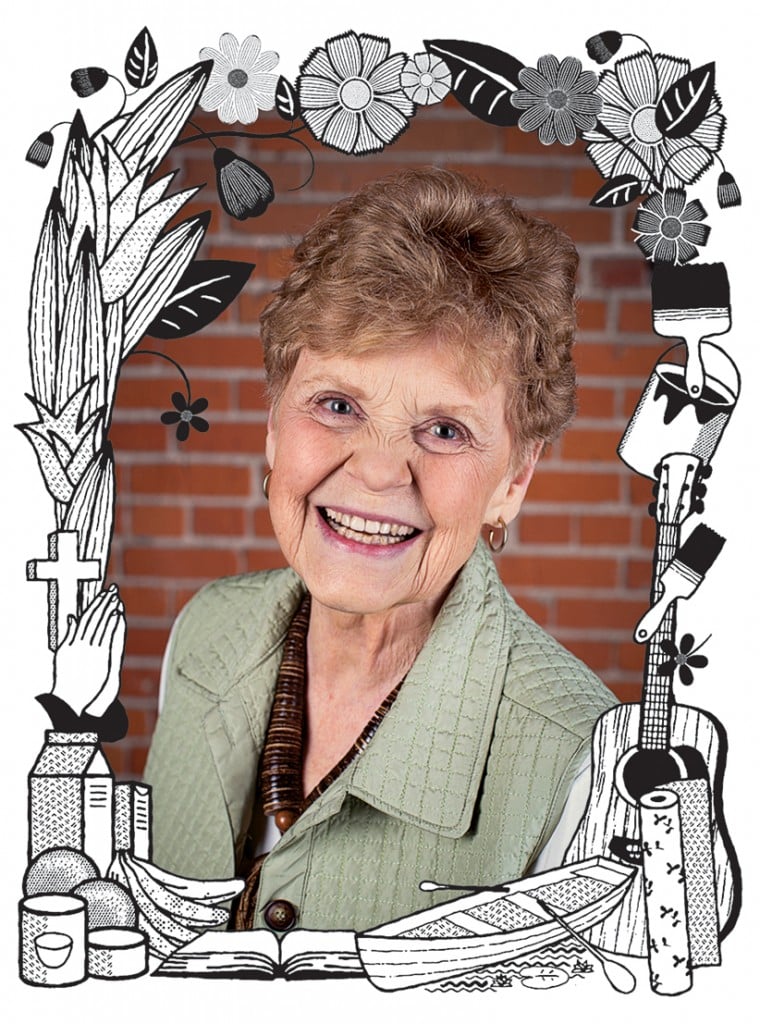 Mary Elizabeth Lynch was born in Toronto on July 12, 1933, to Ethel, a stay-at-home mother, and Phillip Gordon Pozer, chief inspector for the Bank of Montreal in Ontario. A brother, David, arrived 18 months later.

Mary enjoyed a comfortable upbringing in Toronto’s Rosedale neighbourhood. She spent hours exploring Balfour Park with David and attended mass at St. Michael’s Basilica with her mother and brother every Sunday, without fail. Summers were for swimming, rowing and fishing at the family cottage with David and their younger cousin, Susan. The three were inseparable, and called each other by their nicknames: Pixie, Dixie and Yogi.

Mary attended Loretto Abbey, an all-girls Catholic school, and then St. Michael’s College at the University of Toronto. She graduated with an arts degree and worked as a medical records librarian. Mary had strawberry blond curls, green eyes and an ivory complexion. “She had no shortage of beaus,” David recalls, laughing. But none of them seemed to stick around. That was, until 1964, when Mary was invited to dinner at her uncle’s house and was introduced to John Lynch, a 30-year-old bachelor originally from Montana who had come to Toronto for work. Like Mary, John was a devout Catholic. He had studied at Gonzaga University and was close to becoming a Jesuit when he decided the priesthood wasn’t for him. Six months after first meeting, Mary and John wed at St. Basil’s Church, in the midst of a January blizzard.

The Lynches welcomed a son, Stephen, 10 months later. Daughters Kathy and Sarah followed in 1968 and 1972. In 1980, the family moved to Edmonton so John could take a job with the provincial government. If Mary had trepidations about moving across the country, she never expressed them. “Mary was never a complainer. She was a stoic,” says David.

Mary was never idle. She had a flair for decorating and floral arrangements. Holiday dinners at her house were legendary, complete with fine china and homemade centrepieces. Mary worked various part-time jobs in Edmonton: in the cash office at Eaton’s, as a London Fog sales rep and in a gift shop on Whyte Avenue. She was never fond of driving, so John, and later her teenaged children, would pick her up and drop her off. When Kathy got her driver’s licence, she burst into the house, excited to share the news with her mom. “That’s wonderful, dear,” Mary responded. “Now you work for me.”

Mary and John became Providence Associates, positions for laypeople associated with the Sisters of Providence, nuns dedicated to serving the poor and less fortunate. With the Sisters, Mary volunteered at Edmonton’s Food Bank every week, interviewing clients, sorting donations and lending a hand wherever it was needed.

Mary became “Nana” in 1998 and was overjoyed to spend time with her grandson Evan, and then Michael, who arrived two years later. She played hockey with three-year-old Evan in her kitchen, using a foam ball and wooden spoons for hockey sticks. As Evan and Michael got older, Mary attended every Christmas concert and watched their hockey games. “She was all-in as a Nana,” says Kathy.

Over the last decade, John started “slipping” and was diagnosed with Alzheimer’s. Mary knew John wouldn’t be able to drive for long, so they moved to a smaller bungalow, walking distance from a shopping complex and close to daughter Kathy’s house. Around the same time, Stephen was diagnosed with lymphoma and died of the disease. John moved into a long-term care facility. Mary visited John for lunch at least three times a week, feeding him and any other residents who needed help. As his Alzheimer’s progressed, John sometimes couldn’t recognize his children, but he remembered Mary up until he lost consciousness. He died in February 2016.

Mary leaned on her faith and friends during these years. She went to church, volunteered and spent time with her daughters and their families. This fall, she signed up for guitar lessons, an instrument she hadn’t touched for 40 years. “Winter is coming and I need something to do,” she told her daughter. Mary planned to fly to Ontario to visit David at his cottage near Kingston in the summer.

On Oct. 4, Mary was crossing the street at a crosswalk when a city bus hit her as it was making a left turn. She died of her injuries. She was 83.