Meg Wolitzer writes 'The Female Persuasion' for the #MeToo era

In an interview, novelist Wolitzer is upbeat about the number of women in U.S. politics—and female writers winning big awards 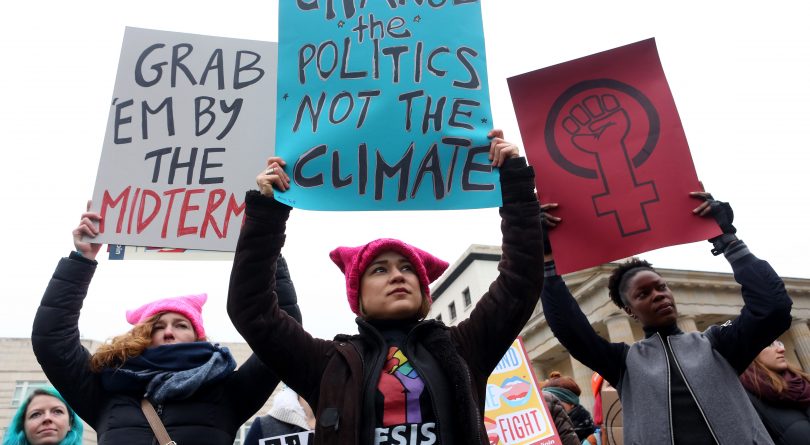 Since the early ’80s, New Yorker Meg Wolitzer has written a dozen ensemble-based, woman-centric novels, three of which have been adapted to the big screen (including, most recently, The Wife, starring Glenn Close). The Female Persuasion, her follow-up to 2013’s The Interestings, revolves around young, bright-eyed Greer Kadetsky, who, after graduating from an undistinguished American college, takes a dream job at the foundation run by her hero, Faith Frank, an elegant and charismatic older feminist who wrote one of the movement’s ur-texts, The Female Persuasion, back in the ’70s. Ideals, needless to say, have a habit of running up against reality, something the novel details by cycling through the perspectives of its main characters—Greer; her high-school boyfriend, Cory; her best friend, Zee; and Faith herself—all of whom find their allegiances, personal and political, tested in unforeseen ways. Wolitzer, 58, replied to questions from Maclean’s via email.

Q: You’ve written a novel about feminism at what most feel is a watershed moment for it and for Western women. What led you to this subject and setting? Did you have any sense of tapping into the zeitgeist?

A: These are some issues I’ve been thinking about for years and years: feminism, female power, making meaning in one’s life, misogyny, the various ways in which women influence one another. It so happened that there were indeed sudden intense changes around feminism as I was finishing the book, and as a result the novel is landing at a heated moment, one that feels different from other moments in the past. I wasn’t consciously trying to tap into the zeitgeist (and I wrote the book over three years). And while it’s definitely coming out in this new and uncertain moment, it’s a novel and not a work of non-fiction. I think I was led to my subject and my setting by the fact that I’d been preoccupied by these themes. I tend to think that preoccupations are generally a good way in to writing a novel.

Q: What’s the provenance of these characters? Is Faith a kind of second-wave feminist composite or is she based on someone specific?

A: Faith is her own person. I really love creating characters whole-cloth, and she is no exception. I picture her as a strong second-waver; I describe her in the novel as someone who is most comfortable, and at her best, when she has a chance to inspire other people.

Q: All your characters experience their ideals butting up against reality at some point, but I found your male characters—Cory, and even Emmett—play against expectation in interesting ways. Did you feel a particular pressure to steer away from the usual gender fault lines with this novel?

A: I would never want to create a character, male or female, who didn’t feel real, or particularly like him- or herself. I think that the deeper you go when creating a character, the more surprises and contradictions you end up finding, and you need to be open to seeing how they shape the narrative. The pressures I felt were around needing to know the characters well and write about them accurately.

Q: The novel explores the kinds of intergenerational conflicts within feminism that have been making real headlines of late. Here in Canada, Margaret Atwood has gotten blowback from younger feminists on social media for her criticisms of the #MeToo movement. Germaine Greer was excoriated for her views about transgender women. The novel suggests this is a natural cycle, part of the renewal of ideas. Do you see us as being in the midst of a major changing of the feminist guard?

A: The world that second-wave feminists grew up in is different from the world that younger women have entered. Of course there are going to be powerful differences, and powerful frictions. But I think it remains true that feminists of all ages have many of the same goals. This is definitely a time of flux, and it’s hard to know where exactly it’s going to go. Certainly, the flood of women entering politics in the U.S. is really going to be interesting and exciting to follow.

Q: In 2012 you wrote a think piece in the New York Times about how fiction written by women, even “serious” fiction, appears to get less respect than that written by men. Do you perceive any shift in the six years since?

A: VIDA, the organization that tracks the numbers of women and men being published in literary publications, could give you the specific numbers. (Not surprisingly, it looks like a mixed picture.) I do know that I am personally very happy that Jesmyn Ward has gotten enormous respect and won The National Book Award twice in recent years.

Q: Who should play Faith in the film version of The Female Persuasion?

A: Ah, I leave that to the experts. In the film loop that runs through my novelist’s mind, Faith Frank is the perfect person to play herself.