Meghan Daum on the fraught decision to stay childfree

Essayist says she’d love her children, if she had any; she just might not love her life 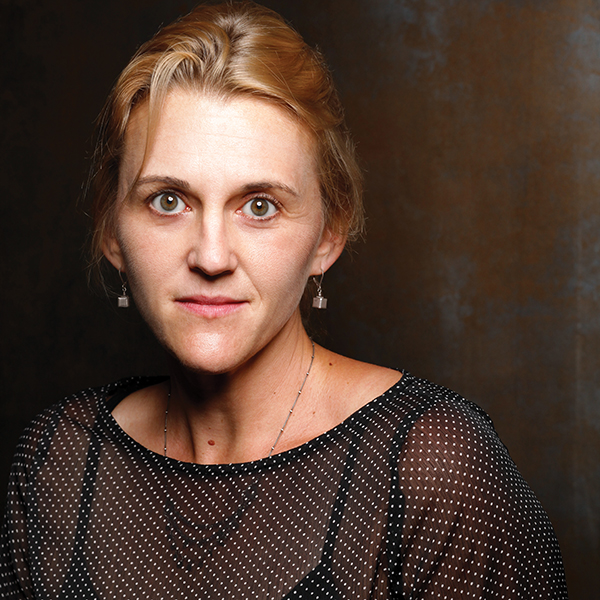 Two summers ago, Time magazine ran a provocative cover story called “The Childfree Life: When Having It All Means Not Having Children.” The couple in the image seemed to confirm a lot of suspicions about that sort of life: They were tanned and toned, sprawled out on impossibly white sand in subtly co-ordinated swimsuits, and they looked terrifically pleased with themselves. They looked, in fact, every bit the title of a new collection of essays on childlessness — Selfish, Shallow and Self-Absorbed.

Those are words that the book’s editor, essayist Meghan Daum, has heard lobbed at the voluntarily childless so often that “it’s not original or even interesting.” But she was curious about the “meandering, sometimes agonizing paths” that women and men take before making this decision — paths that generally have nothing to do with hating kids, bearing deep psychological scars or really, really wanting a Porsche. Daum approached 16 writers, including Lionel Shriver, Kate Christensen and Geoff Dyer, for their spectacularly candid (and never preachy) takes on non-parenthood. In a conversation with Danielle Groen, she discussed the book, defying nature and why she believes she would love her children if she had them, but she wouldn’t love her life.

In the introduction to this collection, you say that you wanted to find different ways of talking about the choice not to have kids. How do we usually talk about it?

Or their lives are empty. You recently tweeted a link to an online essay that contained the line, “I don’t think people are somehow bad or wrong for not having kids — I just think it’s really, deeply sad.” It has more than 1,500 comments.

There tends to be this adversarial framework. It generates a lot of clicks, and it’s an easy way to talk about something that can be complicated. I think it’s really hard to be a parent, and I think when parents are confronted with people who glibly say, “I don’t have children because I’d rather hit the snooze button or take expensive vacations,” it’s offensive and upsetting. What I want to do is shine a light on the reasons people make this choice. I’ve never met anyone in my life who was earnestly making the decision between having a kid and having a Porsche and chose the Porsche.

What were you looking for from your contributors?

I wanted to show how the decision not to have kids comes to be made from many different angles. Some people were very resolute: No, I never wanted this, and here’s why. There’s one writer, Rosemary Mahoney, who went so far as to get IVF as a single woman in her early 40s, then stopped dead in her tracks and said, “I don’t want this at all.” Anna Holmes says she would be too good a mother — she fears her own competence, and that it would take her away from everything else in her life. Not everyone is going to agree with all the essays. They push different buttons. I love them and admire them, but I find them exasperating in ways, too, and that’s by design.

You say in the introduction, “It’s about time we stop mistaking self-knowledge for self-absorption.” Why is there such resistance to believing a woman would know herself well enough to choose not to have a child?

Well, because you’re fighting nature. It’s funny, because there’s this cult around the idea of letting nature decide. I think it’s confusing. If you say, “Nature intended us to have babies, so how dare you go against that,” you can also say, “If you have fertility issues, nature intended you not to have babies, so why are you pursuing technological advances?” We’re all creatures of nature — but we’re also creatures that defy nature. I think it’s everyone’s right to pursue that technology, just as it’s everyone’s right to know what’s best for them.

You’ve written about your own childlessness elsewhere, in your collection The Unspeakable. There, you said that the absence of a child can still have a presence — you call it the Central Sadness. But you also wonder whether you feel that way because you and your husband lack some essential element of partnership, or because life is just sad sometimes. Are we too quick to weigh our choices in terms of net happiness?

There are entire industries devoted to finding happiness and a whole branch of scholarship that’s pop psychology mixed with neuroscience. To me, personally, I’m less interested in being happy than in being content, which I think is a pretty tall order.

How do you define contentment?

It’s the feeling that I am living the right life. That can have to do with a lot of things, like what kind of house I live in — I have a long history of writing about my real estate obsessions and particular preference for home decor. Around the issue of kids, I guess at the end of the day I felt like I would love my children if I had them, but I’m not sure I would love my life. Obviously, I can’t know that, but to me it’s not worth the risk. There are people for whom having children has made them love their lives, and I would never dismiss that point.

I couldn’t think of a collection, though, where people examine with the same candour their decision to have kids.

I think that question does get examined under the guise of the mommy wars. It gets folded into discussions around stay-at-home moms versus working moms, or how to raise kids in this society. Implicitly, the parenting conversations are about “why did I make this decision, how can I make the best of this decision,” but no one is going to have a book called Why I Chose to Have Kids — although I would read that book.

This collection certainly refutes the notion that people without kids are somehow seriously uninterested in kids. Did you want to highlight that?

I didn’t seek it out and I did not give my contributors any guidelines; it just came up very naturally. There are a lot of kids around us. A lot of people wrote about their nieces and nephews. I work as a court-appointed special advocate in the foster-care system, and there seems to be a noticeable percentage of volunteers there who don’t have kids.

A few years ago, the acronym PANK — Professional Aunt, No Kids — became trendy, especially for marketing purposes. The Guardian called the term “a victory, of sorts,” because it suggests these women aren’t spinsters but fun ladies bearing gifts, although it still defines a woman by her relationship to kids. Is PANK any sort of victory?

I guess it’s a victory for the retailers of those products. There are so many ways to see yourself in terms of this decision, and I would never want to criticize anyone’s particular version of it. If you see yourself as an extremely generous aunt who’s always buying your nieces and nephews stuff, great. But I don’t think it’s purely a woman’s phenomenon. The reason I included men in the book is because men have so long been left out of this discussion.

True, but as Danielle Henderson points out in her essay, we live in a culture where a woman’s personal choices, especially about her body, are often considered a matter of public discussion. And so because anyone curious about her lack of children feels entitled to ask casually about it, she’s expected to unpack her complicated history with parenting in a similarly casual manner.

There’s a lot of anticipatory anxiety about it — you get into the conversation and then people will look at you in a pitying way. A lot of people have told me that they finally just resorted to telling people that they can’t have children, though that would not be my inclination.

The last thing I want to do is make an excuse like “Well, I would’ve had a child if I could’ve.” I don’t want anyone feeling sorry for me — this is not a tragedy.

Marie Claire ran an article on what it called the latest type of workplace discrimination, where childless women carry “an undue burden at the office, batting cleanup for their married-with-kids coworkers.” I’ve certainly heard women complain about the daycare dash while they have to stay late. Is there a danger of framing issues of work-life balance around working moms, lest only working moms feel entitled to take part in that conversation?

I think people who are younger and lower on the totem pole are going to be working more hours and scraping to get ahead. That’s part of the natural order of things. Yes, there might be more slack given to “I have to pick up my kids” than to “I have to meet my friend,” but mothers must just be incredibly torn about how often to make that request and what it does. I think there are probably a lot of moms who are terrified to say that, because it hurts the cause. It goes both ways. 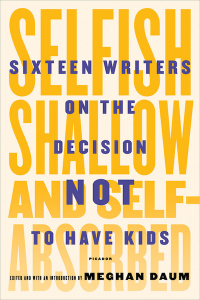 You’ve said that “writing is about putting an idea into the world, and letting it kind of sit there for a while and giving people a chance to absorb it.” We seem to do a lot less absorbing and a lot more reacting and yelling into the internet. In a climate like this, how do we discuss subjects that have been unspeakable?

There’s no comment field in books, fortunately. We’re in a weird moment right now where we haven’t quite reached the tipping point — people aren’t totally tired of this and seeking out places where there’s less noise. I think it’s possible in this climate to be so afraid of that reaction that you actually don’t say anything. There are things that need to be out there and need to be said in a bold way.