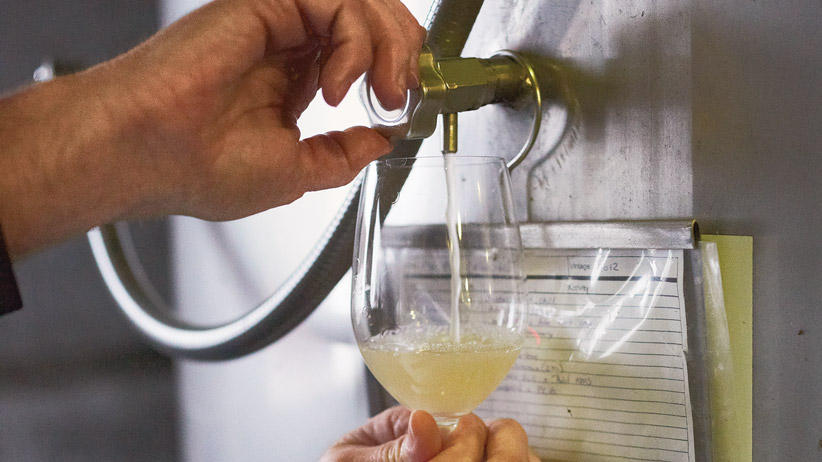 TORONTO – Good luck finding a 2014 merlot from Niagara when you’re shopping for wine over the next couple of years.

A bottle of sauvignon blanc will likely be a rare sight for oenophiles as well.

They’re two casualties of the polar vortex that plagued southern Ontario this winter. A frigid and prolonged season took its toll on grape vines, with some faring better than others.

Rieslings, vidals and baco noirs are among the most cold hardy, while merlots and syrahs are less tolerant to chilly conditions, experts say.

“You won’t see a 2014 merlot from Niagara, it won’t happen,” said Derek Saunders, who founded the Calamus Estate Winery near Beamsville, Ont., with his wife. “That just will not happen. There won’t be any.”

The quantities of sauvignon blanc will be tiny, he added.

“But you work in a business where Mother Nature is in charge,” he said. “That’s the deal.”

The bud survival rates for sauvignon blanc ranged from eight per cent along Lake Erie’s north shore to 51 per cent at Four Mile Creek in central Niagara-on-the-Lake, according to the latest data provided by the VineAlert program.

The survival rates for merlot ranged from four per cent at Lake Erie’s north shore to 64 per cent along the Niagara lakeshore.

It’s still unclear exactly how much damage the harsh winter may have done, as the final harvest numbers won’t be in until mid-November, said Debbie Zimmerman, CEO of Grape Growers of Ontario.

But Mother Nature gives too, providing exceptional spring and summer weather conditions, she said. The warm days and what’s known as “million dollar rains” that fall at just the right time in the growing season are helping crops recover after the tough winter.

There may be smaller yields this year, but “the quality is going to be terrific of this vintage,” Zimmerman said.

“This is a bit of wait-and-see because of all the variable conditions we have,” she said. “Nobody’s saying, ‘Oh, disaster!’ We’re not saying that. We’re saying we’ve got to wait and see how the harvest progresses.”

Some use wind machines that mix the cold air that settles on the ground with the warm air above it, which raises the temperature and avoids damage. Many growers also leave extra buds on the vines while pruning to compensate for those that may not survive the winter, he said.

“I think our vines are in a lot better shape than other regions,” such as New York state and Ohio, he said.

There’s still plenty of wine to go around, as Ontario had a banner year in 2013. Grape growers harvested a record 79,756 tonnes of grapes valued at nearly $100 million, according to the provincial government.

Saunders said he’s not worried, as merlot accounts for only one acre of Calamus’ 32 acres of diverse planted vineyards. He expects to be down about 10 to 15 per cent in tonnage, but smaller wineries prune their vines to produce fewer, more high-quality grapes anyway.

Larger operations, like Peller Estates, that are paid by the number of tonnes they produce may take a bigger hit, he said.

“They’re the ones that will probably see the effect more because they’ll just get hit right off the top with tonnage,” Saunders said.

“So it’s a year that’s going to hurt me a little bit, but not as bad as I think some of the larger ones that their whole mantra is to produce lots of tonnes of grapes.”