A skilled carpenter, he built his family’s house. Following his love of flying, his latest project was a homemade plane. 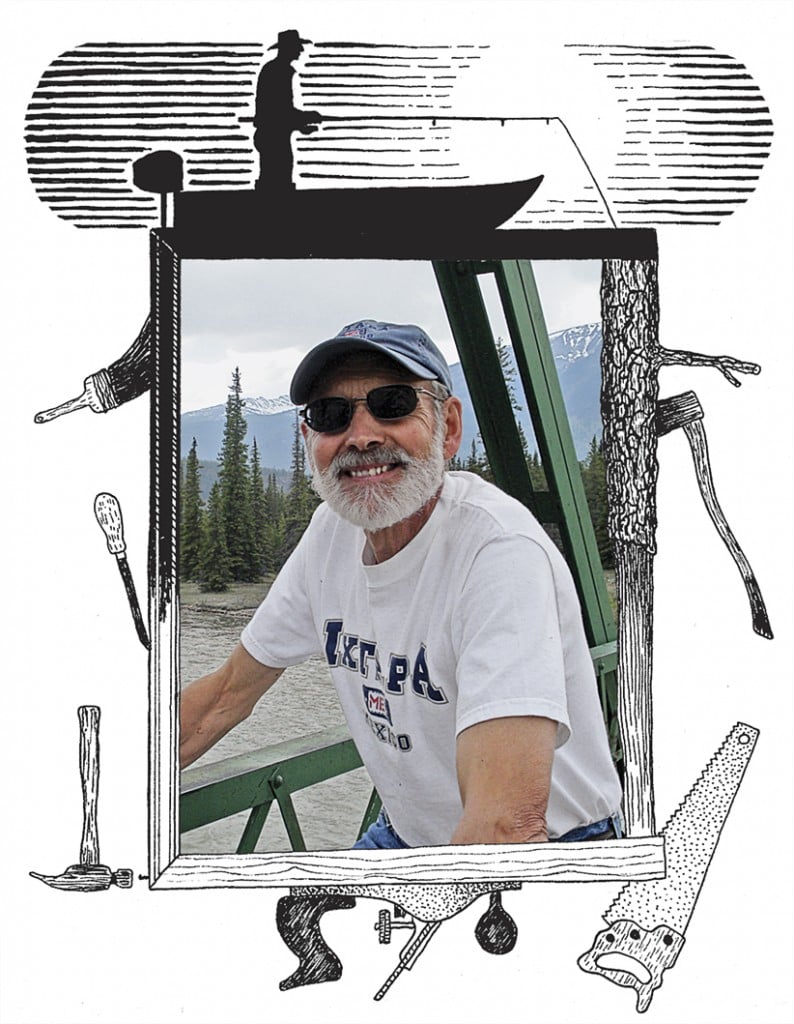 Michael Cyril Weir was delivered on Oct. 17, 1940, in Fair Oak, England, by the village midwife, who also happened to be his great-grandmother, Rose Stratton. His mother, Joyce Dorothy Stratton, was mourning as she gave birth: Three months earlier, Michael’s father, Harry Storr, was aboard the British destroyer HMS Delight when German aircraft attacked. Six sailors died, including Harry, who was just 22.

Michael and his mother spent his first five years with his Granny Rose and Granddad George. His mother bicycled every weekday to work at a nearby laundry. Michael was a curious boy and, sometimes, when he had to toil in the fields and babysit, his grandfather would tie him to a tractor. Michael’s mother met a Canadian soldier, Bob Weir, at a pub and invited him over for a home-cooked meal. They fell in love and married in 1943 when Michael was 2½. Within a year, Michael’s sister Jeanette was born. After the war, Joyce and the kids moved to Whitehorse, where Bob was waiting. Michael, revelling in the snow, taught his husky, Hood-a-Link, to pull him on a sleigh.

When Michael was eight, just after he survived polio without damage to his gangly limbs, Joyce and Bob separated. After a short stint back in Britain, Joyce returned with Michael and Jeanette to Whitehorse, where she met and married a construction worker, Stan Bell. They moved to Edmonton, where they had another son, Kim, and a daughter, Deborah. At 14, Michael spent a summer with Bob in Jasper, Alta., where Bob worked as a CNR conductor. Michael, enjoying the freedom Bob gave him, moved there the next year.

In 1959, Michael married his high school sweetheart, Bette Jeffery. Though marriage with Bette, a Parks Canada worker, was sometimes rocky, by 1962, they had three kids: Barbara, Jeffery and Libby. Michael aced fatherhood, always putting activities with his kids first, says Jeff. Michael loved to fish, hike and back-country ski. While working as a liquor-store clerk, he completed high school, then earned his bachelor of education degree at the University of Calgary in 1967. After university, he returned to Jasper and taught high school chemistry, physics and science. Early in the ’70s, Michael earned a private pilot’s licence at the Edmonton Flying Club and racked up more flying time than most non-professional pilots. In 1977, he quit teaching to go into construction, where he excelled at finish carpentry. By this time, his marriage to Bette was splintering. They divorced and Michael moved to the West Coast to renovate a friend’s house in Mission, B.C.

In 1979, after an annual Jasper rafting party on the Athabasca River, Michael ran into a former student from his teaching days, Joyce Leinweber. They exchanged stories and agreed to meet again in B.C., where the recently divorced Leinweber also lived. After that date, “Michael leaned in and kissed me,” recalls Joyce. “I thought, ‘That’s a kiss to build a dream on.’ ” Though their relationship became something of a small-town scandal, to her, their 14-year age difference didn’t matter—she’d fallen in love.

In 1980, Michael convinced Leinweber they should buy four hectares on Saltspring Island. “Had I known what considerable energy taming a wild hillside to build our home would take, I might have thought twice,” says Leinweber, who married Michael in 1983. While she taught primary school, Michael spent years building their three-bedroom house. “The living room,” Joyce adds, “looks like a cathedral.” Michael worked methodically and had a routine that included “one-on-the-dot” lunches and Cuba libres at 5 p.m.

On June 6, 1984, Michael and Joyce had Elfi Rose. Their daughter inherited her father’s deep passion for aviation, getting her private pilot’s licence at 18, and eventually flying for a commercial airline. In 1994, Michael and Elfi drove to California to fetch a partially built amphibious kit plane called an Avid. It sat in the Weir garage for six years before Michael and his close friend, Gerald Thom, put it together. They didn’t finish the small two-seater until the beginning of this year.

He and Gerald, 51, had completed about 30 flights as they tweaked the Avid’s performance. On July 26, they took off on a clear evening from the Nanaimo Airport. Moments later, the Avid appeared to lose power and dove steeply into the 14th green of the Cottonwood Golf Course. Both men were killed instantly. Michael was 73.