Michael Sam steps away from football 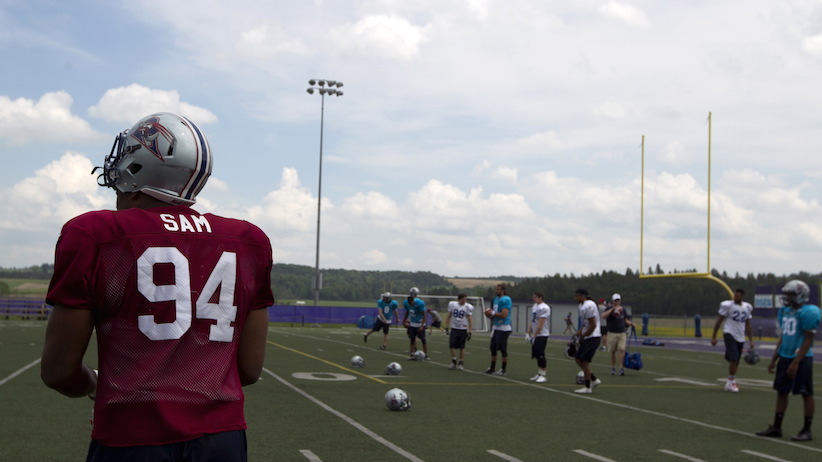 One week ago, Michael Sam made history by becoming the first openly gay football player to play in the CFL. On Friday, he announced on Twitter that he would be stepping away from the game.

The last 12 months have been very difficult for me, to the point where I became concerned with my mental health. Because of this I am 1/3

going to step away from the game at this time. I thank the Alouettes for this opportunity and hope to be back on the field soon. Thank 2/3

The NCAA standout became the first openly gay player drafted to an NFL team in 2014, when the St. Louis Rams picked him in the 7th round, but Sam failed to make the team’s final roster. He later joined the practice squad of the Dallas Cowboys, but was cut weeks later. Sam signed with the Montreal Alouettes this summer on a two-year contract, a move that made headlines across North America. However, the 25-year-old surprised many in June when he abruptly returned home to Texas from training camp, citing “personal reasons.” Sam soon returned to Montreal and, after weeks of practice, earned the chance to play last week against the Ottawa Redblacks. Playing only a handful of snaps, the six-foot-two, 260-lb. linebacker didn’t register a tackle in his CFL debut.