Ok guys, shave it off, Movember is over

The Movember fundraising campaign for prostate cancer has been happening since 2003, but are Canadian men feeling moustache fatigue? 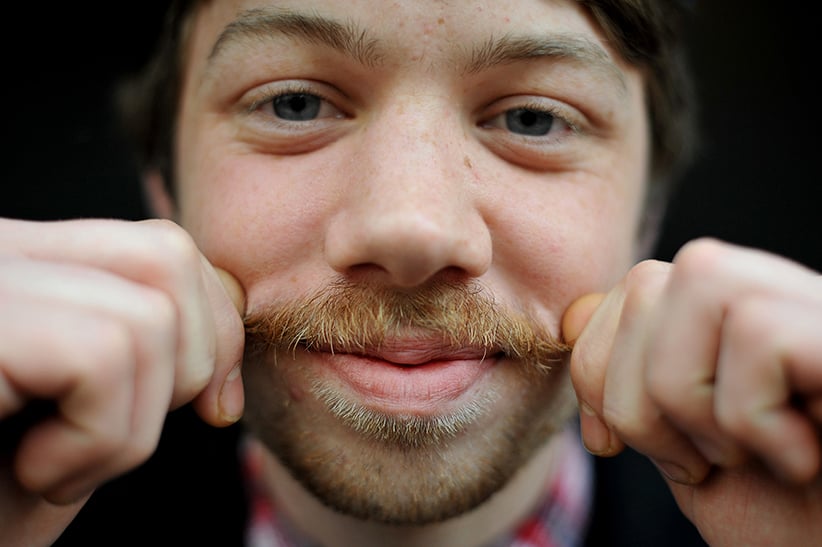 Kris Dorward, a 22 year-old chef, poses for pictures with his ‘Movember moustache’ in London, on November 28, 2011. From the pencil-thin version beloved of Errol Flynn to the coiffed homage to Ming the Merciless, men across the world have been embracing the lost art of moustaches this month in the name of charity. (Ben Stansall/AFP/Getty Images)

It’s time to shave. Movember has come and gone, with men growing out their moustaches for the 13th year in a row. The annual campaign by the Movember Foundation raises awareness and funds for prostate and testicular cancer and men’s mental health. However, a look at Google data now that the campaign is over suggests that search interest in “Movember” has been dropping in recent years. 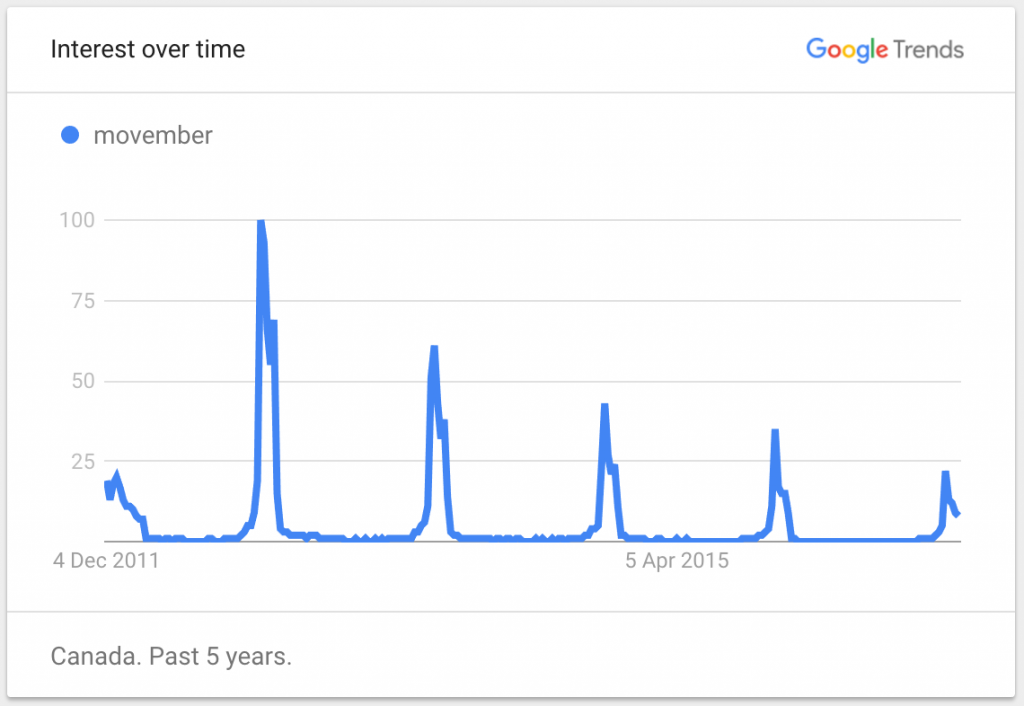 Has interest in Movember waned? To find out, Maclean’s spoke with Jon Akerman, Canadian marketing and communications director for Movember, and Kevin Edwards, Canadian director.

Q. Movember has been happening since 2003. Do you think Canadians are feeling moustache fatigue?

Kevin Edwards: Some people don’t want to grow a moustache anymore, but they still want to support the cause. The success of this campaign is that our dollar per registrant is up. It could be up by close to 15 per cent. We’re in the $250 range. We’ve got a very, very committed core community.

We’re going to be down a little bit in registrants. We will, every year, through attrition, lose people who were perhaps a bit more passive in terms of their fundraising activities. We’ll be about 60,000 [compared to 115,000 in 2014]. That’s only people who have gone on[line] and built a MoSpace. That’s not including all the people who donated to Movember—that’s in the hundreds of thousands. It’s very poignant around here. We get cheques in the mail, very large and very small. We get dollars and coins put into envelopes and sent to us.

Q: Yet Canadians seem to be searching Google for “Movember” much less.

Edwards: There’s a simple explanation of that. Much more our traffic has been from Facebook. Just year over year, we’ve gone from 25 per cent to over 45 per cent, so those forms of traffic are replacing the typical organic search.

Jon Ackerman: Facebook continually starts to gobble up organic Google searches. Our community in the past has proven that it’s an incredibly social community, so we invested more time and more effort in how to drive traffic from Facebook. People continually type in Movember.com. That proves there’s more intent of those who are coming to us.

Q: Was the American election a distraction this year?

Edwards: We’ve had people who have run [Movember] campaign teams for five, six, seven years. They are not distracted by an event such as that. Listen, there are many things that can distract and derail a charitable campaign, but we’ve been really lucky to rely on a community that supports us through whatever’s occurring.

Q. Has the hipster trend of growing moustaches and beards year-round has taken attention away from Movember?

Edwards: It’s validation. It wasn’t seen to be particularly cool in 2003 to grow a moustache. I think that the hipster stereotype is who we appeal to. Hipsters with a lot of heart support our campaign.

Q: Did you take a more serious approach this year?

Edwards: We’re very cool and hip, but there’s a lot of meaning behind that. We wanted to talk about the depth of the work that we do. We were about growing mustaches for prostate cancer but you never saw the stories about how prostate cancer has affected our community. That’s a major shift for us. Whether it be a MoSista, which is what we call the ladies who support us, or the MoBros—everyone can relate to a story.

Q: Speaking of changing strategy, what do you make of the new Hospital for Sick Children campaign, in which children battling cancer are cast as superheroes?

Edwards: I think the SickKids campaign is brilliant. As a parent, any time you can see children being reflected as superheroes … I think it has resonated. Much as our campaign has resonated in going to a different direction. We’ve tried to take very weighty issues more approachable. We are a disruptive charity. This little idea that grew out of Melbourne, Australia. We support men’s issues. That’s what we stand for. We are really the only ones.

Q: What was the best moment of this year’s campaign?

Edwards: It might’ve been on the eve of the campaign, we were contacted by a groom. He and his bride-to-be decided that rather than having their friends and families attending the wedding bring gifts—whether it be a toaster or place setting—they wanted for everyone who attended to be donating directly to Movember. You think, “What could be the most important moment in your life, and you think about other people?” He came into our office, and we gave him a big hug.