My obsession with a serial liar

'My research into a deceitful serial dater led me to a realization: I kind of understood him,' writes Kathleen Goldhar, host of the podcast 'Do You Know Mordechai?' 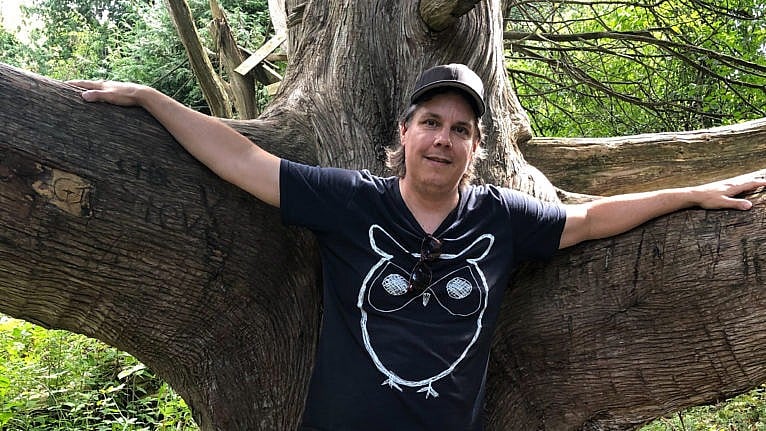 Ramsden convinced at least 15 different women that he was Mordechai Horowitz, a wealthy artist and the son of Holocaust survivors

From the very first time I heard about Mordechai Horowitz, I wanted to meet him.

At first it was because one of my best friends was in love with him. After a tough separation and a year of crappy online dates, Mordechai seemed to be the unicorn she was looking for. Hell, he seemed like the kind of guy we’d all been looking for.

Over a matter of a few months, it became obvious that Mordechai was not at all who my friend fell in love with. He wasn’t the person a lot of women—as many as 15 that I am aware of—fell for. He wasn’t an artist. He wasn’t rich. He didn’t split his time between L.A. and Toronto. In fact, he was homeless. Mordechai Horowitz was not the son of Holocaust survivors, but rather from a Canadian Irish Catholic family. And his name wasn’t Mordechai, or Horowitz, or any of the other names he gave to the women he dated. It was Marc Ramsden. Mordechai Horowitz was a figment of Marc’s imagination.

READ: Why we should lie to ones we love

I tell audio stories for a living and hearing about the bizarre web of deceit spun by Marc/Mordechai, I knew I had the makings of a great podcast. I began by interviewing my friend for hours over many days; I accompanied her to the police station to give a statement; I spoke to 10 other women who had dated Marc—I even travelled to California to meet one of them. I dug deep into Marc’s childhood and family life. And somewhere along the way, I realized I had become a little bit obsessed with him. 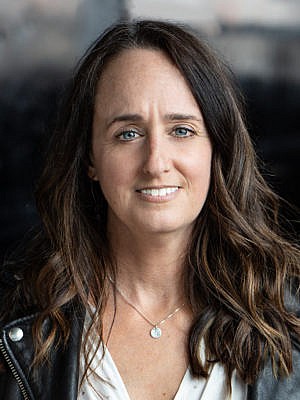 I’m not perfectly comfortable admitting to this. I wanted to tell this story from the women’s point of view, rather than focus on my questions about Marc. I wanted to discuss the issues of consent swirling around the world of online dating, questions about how “big” a lie has to be before you can call it fraud. And I worried about the ethics of giving Marc’s bad behaviour any attention at all.

But, despite my concerns, I would still find myself googling “pathological liars” over and over again, looking for clues as to why Marc does what he does. At first I couldn’t figure out why I was diving so deep, but then something occurred to me. I realized I kind of understood Marc.

When I was a kid and well into being a young adult, I lied. A lot. I lied to friends, my parents, teachers and bosses. The lies tended to start with a truth, like “my uncle looks like Huey Lewis” (the lead singer from Huey Lewis and the News). He really did. But in no time, the lie would grow. “My uncle competed in a Huey Lewis lookalike contest.” “He won the contest.” “He met the singer.” “They are now friends.” “Huey sang at my uncle’s birthday party.”

Looking back, I know I did this because I craved the attention these stories brought me, and I loved to bask in the glow of my friends’ and family’s laughter and admiration. It was intoxicating.

Was this how Marc felt? Were there similarities between him and me? Where did we differ? Was there more to Marc’s all-consuming deceit than someone simply seeking attention?

There was only one person left to ask. “Dear Marc,” I wrote. “I’m a journalist working on a podcast about your relationship with women who knew you as Mordechai. I think it’s really important to hear your side of the story so I’m hoping you will agree to talk to me.”

I remember feeling nervous about sending the email. I need not have been.

“I think I’ll meet with you,” he wrote less than 20 minutes later. “I carry alot [sic] of shame and guilt . . . I think I want to meet less about ‘my side of the story’ and more [to] acknowledge I acted out in strange and hurtful [ways].”

So, after a two-year investigation, I found myself sitting across a boardroom table—six feet apart, of course—from Marc Ramsden.

I was disappointed. He looked so normal. Like a dad in a hardware store commercial. I drilled him for more than two hours, asking about every lie I had ever heard that he’d told. He stuttered and confessed. He apologized and cried. He told me he was working on himself, that he had stopped dating, that he was trying to stop lying.

He told me his lies were spontaneous and that he didn’t do much to keep track of what he’d told and to whom. This is hard to believe because his lies are so detailed. But I did believe him—because I did that, too. I made up my fibs on the spot and I had no trouble remembering even the smallest details the next time I was asked to tell the story.

I did want Marc to admit to what he did. But I wanted more. I wanted to see if this interview could help me understand why Marc lies about everything and—I won’t lie—to figure out what the differences are between the two of us.

During our interview, Marc told me he thinks he has borderline personality disorder and that he recognizes certain narcissistic qualities in himself. He said he started lying to hide the truth about an unhappy childhood, and that today he suffers from extreme insecurities. He said his lies come because he panics when he meets new people and worries his real self will disappoint.

At the end of my investigation, I had to accept that I don’t believe anything Marc says and am nowhere closer to understanding why he lies so much. But I was able to figure out one critical thing: the difference between my lying and Marc’s is that, unlike him, I stopped doing it.

Kathleen Goldhar is an executive producer at Antica Productions and host of the podcast Do You Know Mordechai?

This article appears in print in the September 2021 issue of Maclean’s magazine with the headline, “Do I know you?” Subscribe to the monthly print magazine here.