In the post-Cosby era, women are reviving a controversial tactic: naming names 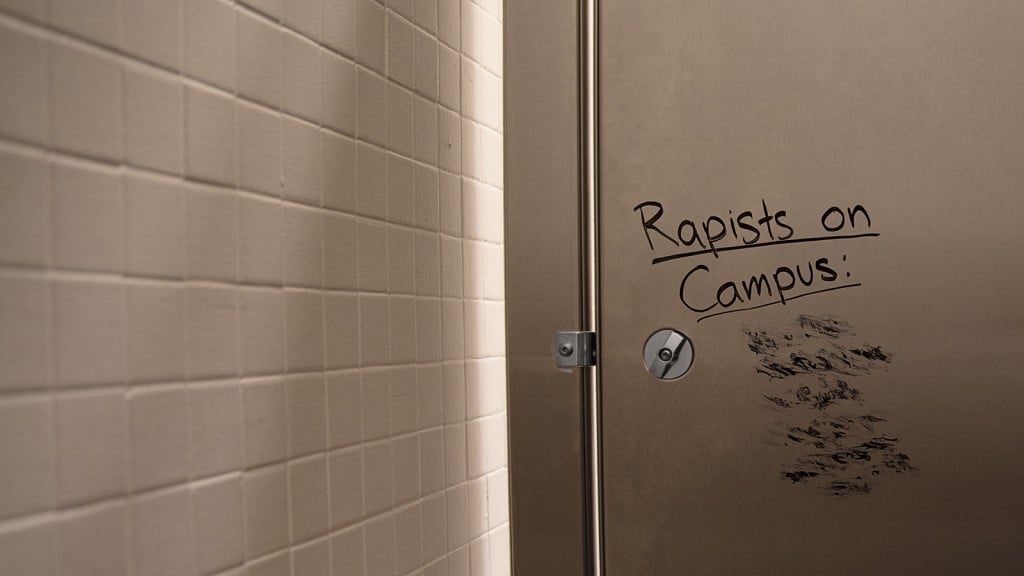 Last month, a stack of loose papers with the title “s–t list” appeared in the women’s washroom of a Toronto concert venue. On the first page was a handful of names, written in black marker, of alleged sexual abusers, most of them well-known figures in Toronto’s music and west-end nightlife scenes. One of the people named on the list had been acquitted in two sexual assault cases this year. (In the second trial, the judge noted that the man’s testimony and the complainant’s were “equally plausible.”)

Before social media, the list would have been viewed by a limited contingent of club-goers. (The venue’s capacity is around 1,400.) But the velocity of digital sharing being what it is, a photo of the first page spread via Twitter, Facebook and Instagram. The names of the alleged aggressors were later posted to a dedicated Tumblr page, which featured—for an evening—additional names that had been emailed to the page’s creator.

The creator says she was not involved in the bathroom list, but says she started the Tumblr as a way to share its warnings with people who weren’t at the concert. She has since removed the site due to fear of legal repercussions. She can’t vouch for the accuracy of the list, she acknowledges, but her perspective is simple: she believes the accusers, despite their anonymity, and the absence of other details.“The men on the list are popular, respected members of the community, and I am sick of their actions being excused,” she said by email. “The law isn’t really on our side. It’s important that we look out for each other as best we can.”

Post-Jian Ghomeshi—and the highly public allegations against Bill Cosby, et al—it’s become impossible to ignore both the reluctance of women to report sexual assault, given the uphill battle they face in the legal system, and the fact that people often know about allegations of abuse for years, even decades before they become public. In the cases of Cosby and Ghomeshi, it took years for accusers’ voices to be heard. When they were, it was because they joined forces to amplify one another. These were landmark moments: women speaking about sexual assault to media rather than to police, and being heard in the absence of any charges.

Women are also speaking out in “rape lists,” such as the one in the Toronto club—and not just between bathroom stalls. There was at least one other Toronto Tumblr that named names and ran accounts of alleged assaults and other aggressive behaviour. It, too, was taken down recently. In September 2014, rape lists showed up in women’s washrooms at the University of Chicago, and a corresponding Tumblr page that named “people known to commit varying levels of gender-based violence” appeared around the same time. According to Jezebel, the Tumblr, which has since been removed, stated that its aim was “keeping the community safe—since the university won’t.” In 2012, a Kentucky high school student revealed the names of her convicted abusers on Twitter (for which she faced a contempt-of-court charge, later dropped). In 2013, a dating app called Lulu, which allowed users to rate the bad dates they’d gone on, quickly became a space for women to warn other women about creepy or uncomfortable encounters they’d had with men—much the way an Uber driver’s low rating functions as a warning to potential customers.

Rape lists, online or off, are a way to help women bypass an unfriendly legal system. They are also “seriously defamatory,” says Toronto-based defamation lawyer Peter Downard, senior litigation counsel at Fasken Martineau. It’s not unusual for people to take matters into their own hands when official structures fail to protect them. “In the face of that failure, there is going to be great frustration,” says Downard, who considers rape lists a form of civil disobedience expressed through vigilantism.

The creator of the Toronto Tumblr page says that, as a survivor of abuse herself, her mission is to warn women. “My intentions are not to incite a witch hunt against the named,” she says. “I simply want a safe space for survivors to share information.” This strategy echoes a controversial suggestion made by Germaine Greer a few years ago. “I wish there were an online rapists’ register, and that it was kept up-to-date, because we know the courts can’t get it right,” said the well-known feminist academic and author of The Female Eunuch.

The legal route comes, undeniably, with serious challenges. Sexual assault survivors who do come forward often face re-traumatization, as well as a legal system perceived to be stacked in favour of the accused. Not surprisingly, Statistics Canada estimated that only around eight per cent of sexual assaults in Canada are reported to police.

Hence the prevalence of anonymous rape lists—and all the issues they raise. Women have been plumbing the ethics of underground symposia for decades. In autumn 1990, a list of alleged rapists appeared in a women’s washroom at Brown University. At its fullest—the list stayed intact for months—it contained roughly 30 names, some of which had been reported to officials.

A story about the list in the student newspaper alerted the rest of campus. At the time, Brown’s executive vice-president of university relations, Robert Reichley, called the list “anti-male” and branded its contributors “Magic Marker terrorists.” Custodians were instructed to remove selected graffiti from campus washrooms. “Men who’ve assaulted me or a woman I know,” in the women’s washroom was scrubbed away. Meanwhile, misogynistic graffiti remained. Later that year, a new list appeared: “Women who need to be raped.” One of the students named on that list was prominent campus feminist Jesselyn Radack.

“If officials had actually listened to what the women graffitists had to say,” Radack wrote later in the collection of essays Just Sex: Students Rewrite the Rules on Sex, Violence, Activism, and Equality, “they would have realized that the motivation was to protect women in the absence of a judicial board willing to hear complaints of sexual violence.”

Today, Radack is better known as a legal adviser to Edward Snowden, as well as a former ethics adviser to the U.S. Department of Justice, and the whistleblower who disclosed what she believed to be a violation of ethics during the FBI’s interrogation of enemy combatant John Walker Lindh during America’s 2001 invasion of Afghanistan. “Women are going to engage in guerrilla tactics,” Radack told Maclean’s, “but I would much rather have a legal system that adequately [and] confidently handles sexual assault.”

Twenty-five years after the Brown controversy, it’s hardly better inside the law. “Within a criminal-court context, it is very difficult to get a conviction,” says Simona Jellinek, a Toronto-based lawyer whose firm specializes in representing sexual assault survivors. Jellinek argues that false accusations of rape are “absolutely rare.” But “if the judge hears both sides and thinks they’re both credible, the judge actually has no other option but to acquit, even if the judge believes the survivor.”

In May 2014, the names of four alleged assailants appeared in various women’s washrooms at Columbia University, a month after 23 students filed a federal complaint in one month against Columbia. “We needed some way to warn people that these people are violent,” one of the activists involved told the Guardian. (According to the Guardian, one student complained that, though her attacker confessed to assaulting her, he was merely suspended for one semester, then returned to school. The paper noted that his father made a financial contribution to Columbia.)

For all the cultural progress we’ve made, the Sharpie marker—and its online equivalent—remains, somehow, mightier than the law. In fact, the online version of the bathroom wall is even more powerful: It can warn more women faster, but it can also change a person’s reputation permanently and without an accuser coming forward.

Of course, it is defamatory to scribble the name of one alleged rapist on a wall; it is defamatory to scribble the names of 30, and it is certainly defamatory to tweet it. That’s one reason the Ontario Civil Liberties Association feels defamation should be abolished from Canadian law completely. “Defamation is a tool that the powerful use to silence criticism,” says Joseph Hickey, executive director of the non-profit organization. “I would rather see members of society independently assess information they receive, and not feel the need to depend on legal authority to decide whether they approve of someone’s reputation or not.” That position is considered by many to be extreme. “They would have to remove the Supreme Court of Canada if they wanted to do that,” says Downard.

But if preventive measures rely on abuses that have already taken place, and if official institutions are not remedying the problem, women may continue to turn to unofficial watch lists. “It’s a matter of ensuring effective measures for bringing [abusers] to justice, so that women don’t have to write on bathroom walls,” says Radack. “It’s such a desperate thing to have to do.”

Late last month, the creator of the Toronto Tumblr emailed to say she was no longer in pursuit of a legally sound way to keep the list of names online. “I can’t believe how hard it is to speak up about abusers,” she says.

“To me, the problem clearly indicates a serious barrier in the way in which we deal with sexual assault,” says Downard, of rape lists. “An act like this, if it is emblematic of a dysfunction in our society, it’s just the canary in the coal mine.”