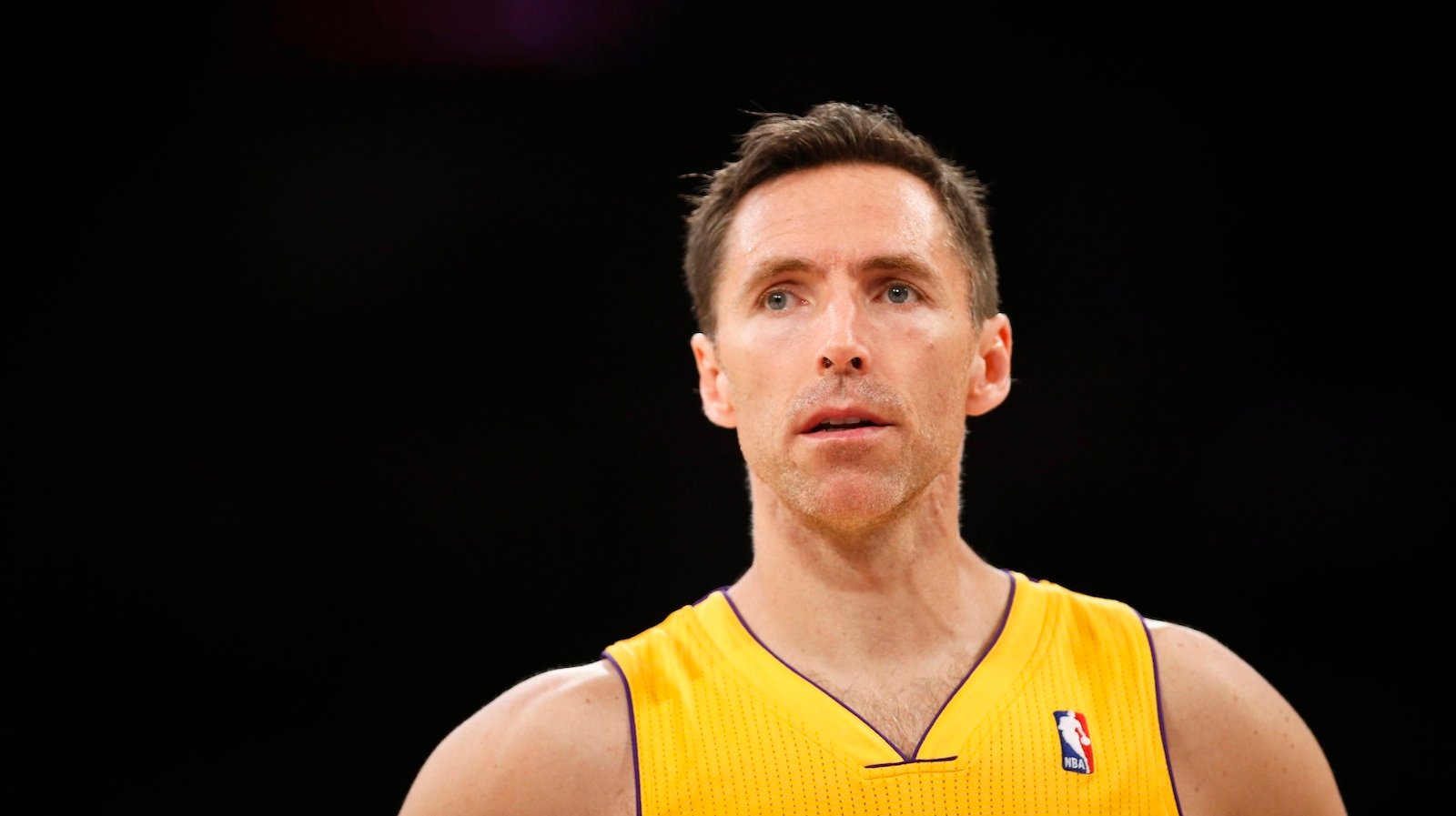 Michael Grange writes for Sportsnet — where this article first appeared:

There’s no right answer when it comes to debating where an athlete fits in history. In Canada, we can’t even agree on who makes up hockey’s Holy Trinity. Is it Howe, Orr and Gretzky? Or Orr, Gretzky and Lemieux? Either way, all the Montreal Canadiens fans get upset.

But there’s no argument that the official announcement by Steve Nash that he’s retiring from competitive basketball signals his ascension onto the short list – the very, very short list – of greatest Canadian athletes of all time.

We knew the day was coming. Nash’s career has been in slow motion since he broke his leg in a collision with Damian Lillard in the second game of his first season in a Lakers uniform. We didn’t know it then but any chance that Nash’s career would have a victory lap worthy of all that came before was gone.

Ever since it’s been like watching a man dangle by his fingertips in a bad movie. You hoped for the best, but you knew that eventually he’d lose his grip and it would all be over.

Like most of Nash’s best passes, even though we knew his retirement was coming, it still caught us by surprise. His open letter in the Players Tribune touched all the right notes — he thanked all of his coaches back to junior high, which is when he started playing the game and when he set out to reach its highest peaks.

Related from our archives: Steve Nash talks about his hero: Terry Fox

“I heard someone once say there comes a day when they tell us all that we can’t play anymore,” he said in his essay. “We’re not good enough. Surplus to requirements. Too slow, maybe. When you’re a teenager with outsized dreams and a growing obsession, and someone tells you this ain’t gonna last forever, it’s scary. I never forgot it.

“So what did I do? Stayed obsessed. Set goals. Worked. Dreamed. Schemed. Pushed myself beyond what was normal or expected. I looked at my hero, Isiah Thomas, and thought to myself, “OK, I’m nowhere near the player he is but if I get better every day for 5 or 10 years, why can’t I be as good as him?”

By the time he was done, he was as good as nearly anyone who ever played his position. A notch below Magic Johnson, but as a two-time MVP and standing No. 3 on the league’s all-time assist ladder, while retiring as the only player in league history to shoot at least 49 per cent form the field, 90 per cent from the line and 40 per cent from the three-point line, there isn’t another point guard that Nash can’t look on as a peer, Isiah Thomas included.

It’s too soon to understand for sure where Nash fits in Canadian sports history. But one fact is unassailable: His career was important, it stood for something more than numbers on a page. Over time we’ll have a better idea of exactly what.

I’ve always viewed Nash as the flipside of the coin to Gretzky.

The Great One stands alone in hockey not only because of his prodigious skills, but because he was a missionary for a cause that was so dear to our national identity. He was so dominant in Edmonton that the U.S. media had to pay attention; he was towering over the competition the way no athlete had since Babe Ruth.

And then he headed south, into the heart of the U.S. cultural machine and made what was so important to us important to them (or so the mythmaking goes). Gretzky took the small town, cold rink, Canadian values and proved that they could travel. What blew away those who saw him scoring goals in bunches across southern Ontario in minor hockey remained amazing 20 years later with bonafide celebrities pressing their faces up against the glass.

Nash took on a different challenge. From his small(ish) town base in Victoria he looked out at something that was distinctly American and increasingly global and decided he wanted to make his own voice heard.

The cultural context of Nash is not as a missionary but as an explorer who was determined to meet the big bold world on whatever terms required. I’ve written this before, but my favourite Nash stat is that Canadians who have been in space outnumber Canadians who have won the NBA MVP award 8:1.

Who had the more difficult task? Gretzky trying to sell hockey to Californians? Or Nash trying to figure out how to dominate the NBA from Victoria, B.C.?

Both men succeeded beyond what anyone reasonably could have expected. Which made it kind of perfect when the Toronto Raptors tried to convince Nash to sign with them as a free agent in the summer of 2012 Gretzky – one of Nash’s childhood heroes – was part of the pitch, encouraging Nash to return home to Canada to do for basketball here what he’d done for hockey in California.

Nash decided to go to Los Angeles for family reasons and because he thought he’d have his last best chance at earning a championship there.

It failed miserably, but that he was willing to go for it right to the very end explains why Nash made it to such great heights in the first place.