Newfoundlanders are being robbed of two good years. Why?

Something is robbing Newfoundlanders and Labradorians of about two healthy years of living, compared to the average Canadian 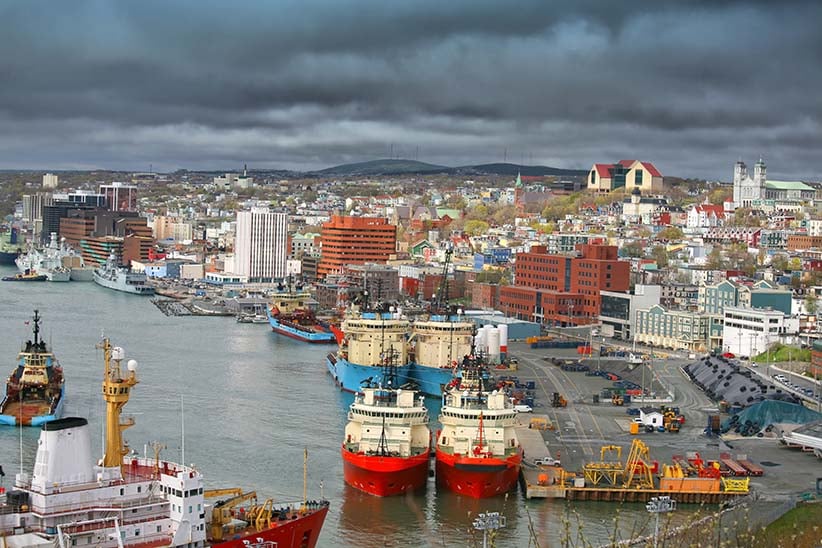 ST. JOHN’S, N.L. – Whether it’s a good-time penchant for big meals, beer and song or a lack of exercise, something is robbing Newfoundlanders and Labradorians of about two healthy years of living, compared to the average Canadian.

“It could be geographical, it could be the cost of healthy foods, it could be a cultural thing,” said Kelly Butt, an Eastern Health manager who oversaw the status report.

Those figures are based on a tool that measures various risks to estimate how long a person will likely live a higher quality of life. The numbers are even better in B.C. and Quebec where men live almost 70 years, and women around 72.5 years in good health.

Efforts to promote better living in Newfoundland and Labrador include various wellness plans to curb smoking, increase fruit and vegetable servings and encourage residents to get active.

Still, 30.4 per cent of adults in the province were considered obese in 2014 based on self-reported height and weight, according to the Canadian Community Health Survey. Only the Northwest Territories had a bigger number at 33.7 per cent – more than double the levels reported in B.C.

Two years ago, Dave Sullivan of St. John’s weighed 196 kilograms, or 435 pounds, and was eating fast-food meals two at a time. He was depressed and becoming a recluse, he said in an interview.

“I was in my basement most of the time, alone in a house. It was just after my divorce that I sort of hit rock bottom.

That slow, painful stroll around Sullivan’s neighbourhood was the start of a fitness journey that has included psycho-therapy to help him break destructive habits. He stopped drinking “a helluva lot” of diet pop. He started eating better food.

Sullivan is now 39 and has shed about one-quarter of his body weight through hiking, swimming and weight lifting.

His trainer, Mike O’Neil of The Energy Company in St. John’s, said every little step is vital. He shuns fad diets and extreme workouts.

“Change one thing this week,” he said in an interview. “That’s going to help you start moving better, more efficiently with less pain than you did yesterday.”

Butt said the reasons behind Newfoundland and Labrador’s lagging performance are complex, and education, housing and building design all play important roles.

Butt said just over 93 per cent of Eastern Health residents in a 2014 national survey said they have at least one risk factor for chronic disease.

Beyond obesity, these include smoking, exposure to second-hand smoke, eating fewer than five servings of fruit and vegetables a day, not exercising, high blood pressure and heavy drinking. They add up to rising health care bills.

Residents aged 65 or older now make up about 16 per cent of the population. By 2035, that proportion is forecast to reach 28 per cent, Butt said.

“You’ve got increasing health costs and then when you add to that how 93.4 per cent of our residents are reporting at least one risk factor for chronic disease, then you can imagine that those costs will be amplified.”

Kristie Jameson, executive director of the non-profit group FoodFirstNL, said Newfoundland’s isolation as an island in the North Atlantic compounds its heavy reliance on food imports.

“We’re currently importing approximately 90 per cent of the fresh vegetables available through major wholesalers in the province,” she said in an interview. Weather can wreak havoc with ferry deliveries.

One answer to sometimes wilting, relatively expensive produce is a return to gardening and canning, Jameson said. Frozen vegetables are another nutritional and often more affordable option.

B.C. Health Minister Terry Lake said at least some of his province’s generally better fitness is due to the “West Coast Effect.”

“People here certainly do embrace an active lifestyle, outdoor activity and just generally when you look at smoking rates, they’re much lower. Obesity rates are lower.”

The province is also known for promoting disease prevention with a focus on diet and exercise, Lake said in an interview.

FILED UNDER: health Newfoundland and Labrador