Newsmaker of the day: Elton John, taking on Dolce & Gabbana

Sir Elton's boycott of D&G reveals a contingent we don't hear much about: socially conservative gay people with shocking views 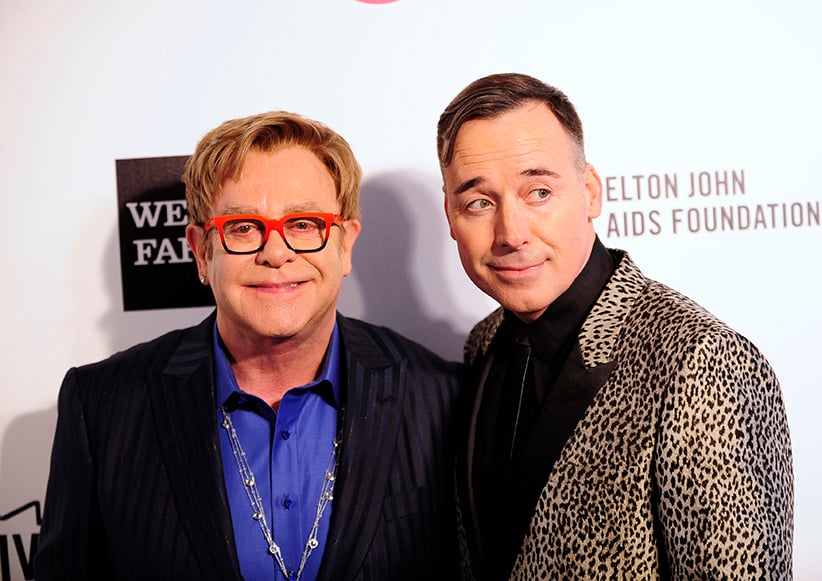 Elton John is calling for a boycott of businessmen who said outmoded, even bigoted things about gay people with children. He’s backed up by other celebrities like Victoria Beckham, American Horror Story creator Ryan Murphy (who says the businessmen’s “horrifying views are never in fashion”) and Ricky Martin, who accused the businessmen of “spreading so much hate” (only he spelled it “h8”).

A pretty conventional story these days. But what makes it unusual is that the businessmen in question are two gay men working in one of the world’s most gay-friendly industries: Domenico Dolce and Stefano Gabbana, who, for 30 years, have run the designer fashion house Dolce & Gabbana. John has created the #BoycottDolceGabbana hashtag and sworn never to wear their clothes again; his opposition, along with the team’s inept responses, may do them serious damage with their customers. But the conflict may also expose a split we don’t hear much about: between socially progressive gay people like John, and socially conservative gay people like Dolce and Gabbana.

Though they used to be a couple, Dolce and Gabbana have been separated for a while, but, in a joint interview with Panorama magazine, the two were united in their opposition to gay adoption, as well as having children via in vitro fertilization, which Dolce called “synthetic children, wombs for rent, sperms chosen from a catalogue.” Both expressed their support for the “traditional” family structure of children being raised by their biological mother and father: Gabbana celebrated the “supernatural sense of belonging” in the traditional family, while Dolce said, “I am gay, I cannot have a child. I guess you cannot have everything in life.” As often happens when an interview becomes controversial, this also attracted attention to older interviews that weren’t heavily publicized at the time, for example, in 2013, when the Daily Telegraph asked them if they ever considered getting married: “What?” they answered in unison. “Never! I don’t believe in gay marriage.” Or the fact that Gabbana once said, simply, “I am opposed to the idea of a child growing up with two gay parents.”

Elton John, who has two children conceived via IVF, has led the backlash against D&G, writing, “How dare you refer to my beautiful children as ‘synthetic?’ ” and starting the #BoycottDolceGabbana hashtag. The designers’ response to the backlash hasn’t been particularly well thought-out. Gabbana called John a “fascist” free-speech opponent and tried to start a rival hashtag, #BoycottEltonJohn, which didn’t catch on. He also tried to portray himself and Dolce as the last bastion of the family by creating the hashtag #dgfamily, which definitely didn’t catch on. At the same time, Dolce and Gabbana were making the inevitable attempt to act as though they didn’t say what they said: “We talked about our way of seeing reality,” Gabbana told the Independent, “but it was never our intention to judge other people’s choices.” That’s not exactly what it sounded like.

What we have here, for the most part, is a couple of businessmen ill-advisedly saying things that anger a large cross-section of their fan base. (Everyone has the right to say what he or she wants, but it’s just bad business to offend your audience.) But we may also have a sign of a split between people who have shed the views they were brought up with, and those who still view the world very much as their parents taught them. John is 67, older than Dolce and Gabbana, who are both in their 50s. But he’s been an advocate of gay marriage, gay adoption and other forward-looking movements, both for himself and others. Dolce considers himself a traditional Catholic and explained his opposition to gay adoption by telling the Independent, “I’m Sicilian and I grew up in a traditional family, made up of a mother, father and children.” Despite being gay, his views on homosexuality are those that were typical when he was a child. He might argue that he hasn’t changed his views to fit the changes in (no pun intended) fashion. A counter-argument would be that being privileged enough to work in an industry where his sexuality isn’t a problem, he’s never had to consider how these views affect less lucky people, so he’s never had to reconsider them.

Dolce and Gabbana aren’t the first people to hold old-fashioned, to say the least, views about their own group. Arthur Laurents, writer of West Side Story, recalled in his autobiography that director-choreographer Jerome Robbins kept yelling at the show’s star, Larry Kert, “Do you have to walk like a faggot? Can’t you move like a man, you faggot?” Laurents goes on to say that after this incident, Robbins then “rubbed salt in the wound by appropriating Larry’s boyfriend.” Noël Coward refused to admit his homosexuality publicly to the end of his life, and even forbade his authorized biographer from mentioning it, though it was as open as an open secret can be. Even younger people can sometimes be old-fashioned, if that’s the way they were brought up: Rupert Everett told the London Times two years ago that because of his happy upbringing in a heterosexual family, “I can’t think of anything worse than being raised by two dads.”

This is the context in which we should view Dolce and Gabbana’s remarks, and Elton John’s stinging remark to the pair: “Your archaic thinking is out of step with the times, just like your fashions.” We often act as though everyone in a minority group has progressive or modern views on their own minority, but it’s not so. The pair are out of step with the times in their thinking, and they are surely not the only gay people in that position. Dolce and Gabbana would agree that homosexuality is not a choice; Gabbana told the Telegraph that “many of my issues were rooted in my realizing that I was gay when I was a little boy. I knew I was different. That made me very fragile.” But, even as much of the public has changed its thinking about traditional morality and family structure—partly due to the example of people like Elton John—they haven’t. They have a right to think that way (though not, of course, a right to be free from backlash), but they are an example that not all the traditional thinking is on one side of social issues. As Coward put it in his 1966 play, A Song at Twilight, when the closeted gay writer Sir Hugo Latymer—similar to, but not the same as, Coward—argues about whether to come out:

HUGO: According to the law in England, homosexuality is still a penal offence.
CARLOTTA: In the light of modern psychiatry, and in the opinion of all sensible and unprejudiced people, that law has become archaic and nonsensical.
HUGO: Nevertheless, it exists.
CARLOTTA: It won’t exist much longer.
HUGO: Maybe so, but even when the actual law ceases to exist, there will still be a stigma attached to “the love that dare not speak its name” in the minds of millions of people for generations to come.

Things have changed faster than Sir Hugo, or Coward, would have anticipated, but the stigma still exists in the minds of millions of people—and some of those people are the Sir Hugo Latymers of today.