Eugene Melnyk: 'Time is of the essence,' team official says

When the Ottawa Senators said the team's owner was in dire need of a liver transplant, hundreds called in to help. 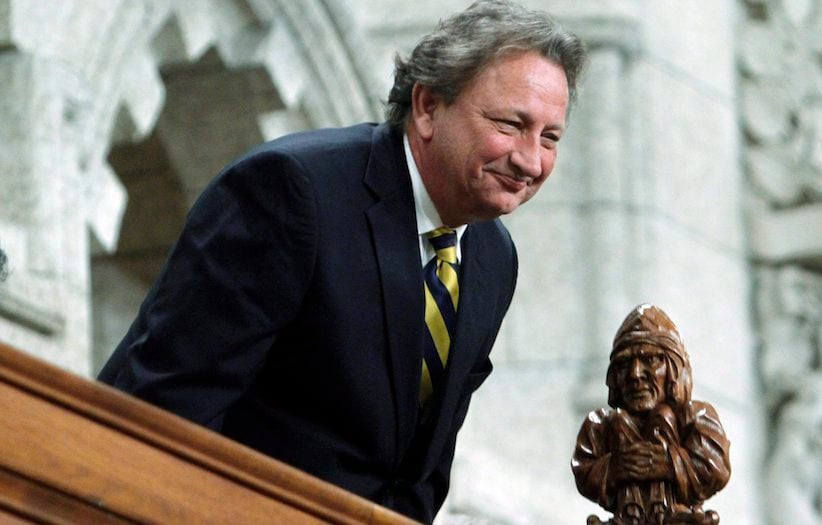 Eugene Melnyk, the 55-year-old billionaire owner of the Ottawa Senators, was noticeably absent during the team’s late-season surge to earn a spot in the NHL playoffs. On Thursday, the team released a statement to explain why: Melnyk, who bought the team in 2003, is in dire need of a liver transplant.

Melnyk has struggled with health issues since January, the team said, and was hospitalized last month. His condition is critical, which is why they’ve made a public plea for anyone who might consider donating to come forward as soon as possible. “He’s not leaving [the hospital] until he gets a liver transplant,” Senators president Cryil Leeder explained. “Time is of the essence.”

While the Senators rebounded during final few months of the NHL regular season, the team faced a string of unfortunate health issues off the ice. The team’s assistant coach, Mark Reeds, died in mid-April of esophageal cancer at the age of 55. Bryan Murray, the team’s general manager, announced in November that he’s fighting stage-four colon cancer. And now Melnyk finds himself in serious condition.

Leeder added that the team’s owner isn’t trying to bypass any waiting lines. Melnyk is on the donor list, but because of his rare AB blood type, a live donor transplant offers him the best chance of survival. If an organ donation comes from someone who’s died, the blood type must match Melnyk’s own. No such requirement exists in the case of a live donor. So far, the family has tested many candidates.

The son of Ukrainian immigrants, Melnyk grew up in Toronto and started his business career in the early ’80s with a medical publishing company called Trimel Corporation. In 1989, the same year he sold Trimel, Melnyk founded the pharmaceutical company Biovail Inc., where he held the role of chairman until 2007. His first foray into hockey came in 2001, when he purchased the St. Michael’s Majors of the OHL for $2.5 million—a team he sold 11 years later. As for his Senators, Forbes currently values the team at $400 million.

The story of a billionaire in need of a new liver might not garner the same international attention as, say, Phuoc and Binh Wagner, the adopted Vietnamese “miracle twins” from Kingston who both required liver transplants. Nevertheless, the high-profile call-out from Melnyk’s team is expected to shed light on the need for more organ donors in Canada.

In Ontario alone, almost 1,600 people are waiting for an organ transplant. Last year, 64 patients died while waiting for a liver. A little more than three million Ontarians have signed up to donate their organs after they pass away, but that figure still represents just 26 per cent of the province’s potential donors.

As of Friday evening, more than 500 people had called the Senators to offer help. “It could happen as early as tomorrow if the conditions were met, or it could be next week,” Dr. Gary Levy, who oversees Toronto General’s live-liver donor program, told the Ottawa Citizen. “We know we have to move at a rapid pace.” With luck, as was the case with a few potential donors for the Wagner twins, those willing to help the Senators owner will be just as willing to help out another stranger in need.