Newsmaker of the Day: Tiger Woods takes a few swings

Newsmaker, Apr. 1: All it takes is one round of practice to get the golf world talking about Tiger again. 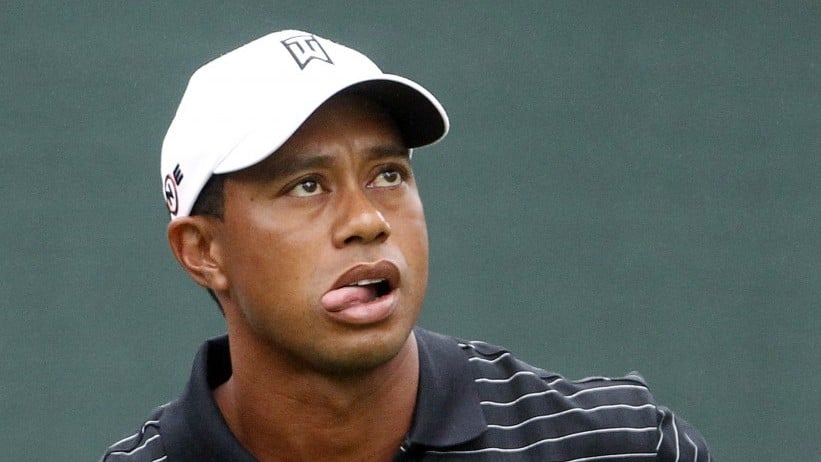 Tiger Woods had a rough start to 2015, but it takes only 18 holes of practice to get the golf world buzzing again.

With less than two weeks until the Masters, the most iconic tournament on the annual golf calendar, Woods’s plane was spotted at Augusta Regional Airport on Tuesday. Turns out, he played a practice round at the Augusta National Golf Club, but is still quiet about whether he will tee up for the tournament.

To briefly recap Woods’s year: In January, one of his teeth was accidentally knocked out by a cameraman at a ski event featuring Woods’s girlfriend, Lindsey Vonn. Come February, after 11 holes of golf at a PGA event, Woods withdrew from the tournament. A week later, he announced an indefinite leave of absence to fix the flaws in his game.

Then in March, Woods lost his status as the cover star for the EA Sports bestselling video game, supplanted by the younger Rory McIlroy. Less than two weeks later, Woods dropped out of the Top 100 on the world golf rankings for the first time in almost two decades (back when he was 20 years old and before his first pro victory).

While Woods’s return—triumphant or not—would surely be a draw for fans and TV ratings, not everyone is convinced it would be good for the game. “Watching Tiger Woods play golf in 2015 is like watching Barry Williams and Danny Bonaduce box in 2002,” wrote Mike Foss of USA Today’s sports page, For the Win. “It sounds amazing in theory, but in reality, it’s pretty sad.”

Woods skipped the Masters last year, a first in his career. And while he has won the coveted green jacket on four occasions, he hasn’t finished atop the leaderboard at the Masters since 2005. Some practice wouldn’t hurt.