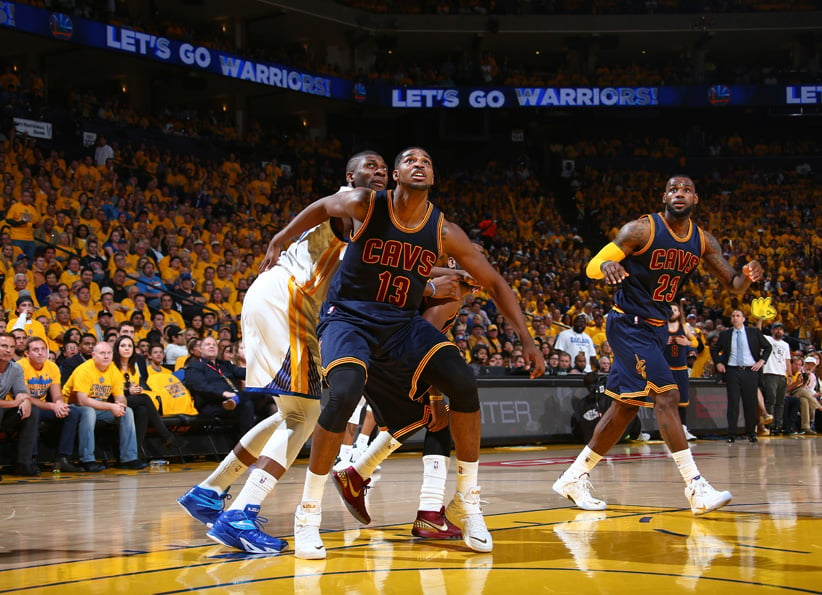 Tristan Thompson is not a household name. NBA players who average eight points and eight rebounds per game tend not to attract that much attention. Add the fact that Thompson plays on the same team as LeBron James, the best and most recognized basketball player in the world, and it’s easy to see how he might be overlooked.

Related: LeBron James fixes his narrative with a homecoming

Yet, in just his fourth year playing for the Cleveland Cavaliers, Thompson is making a name for himself in the NBA finals by fighting for rebounds, diving for loose balls, playing gritty, determined defence and doing whatever else it takes to help his team win.

His efforts have not been wasted. The underdog Cavaliers have done more than hold their own against the Golden State Warriors, a team with the reigning MVP Stephen Curry and the league’s best record this year. On Tuesday night, they managed to eke out a 2-1 series lead over the Warriors, and they’re hoping that by the end of it all, they will have toppled basketball’s Goliath.

Logging major minutes in the NBA finals was not always the plan. The son of Jamaican immigrants, Thompson grew up playing soccer in Brampton, Ont. However, he was among a generation of basketball fans who were drawn to the sport by the exploits of Vince Carter in the early 2000s.

“I’d be at home after school watching highlights of this guy named Vince Carter dunking, and the crowd was going crazy,” Thompson told ESPN’s Dave McMenamin. “That is kind of where I fell in love with the game, really.”

Inspired by the run of those Raptors teams, Thompson shifted his attention to basketball and has since focused his energies on being the best player he can be.  At 15, he moved to the United States to play high school ball, hoping to hone his skills against the toughest competition. Since turning pro he has constantly worked on his game, even switching the hand that he shoots with to improve his scoring efficiency.

Thompson is now an established player, a league veteran, and part of a growing Canadian presence in the NBA. Currently, there are 12 Canadian players active in the league. Eight of them, Thompson included, have been first-round draft picks in the last four years. With all that promising young talent, Thompson has said he is hoping Canadian basketball will make some noise on the international stage at the Olympics in 2016.

In the meantime, he’ll continue to fight to win a championship for the Cavaliers.