Newsmakers 2015: Serena Williams, the greatest of all time 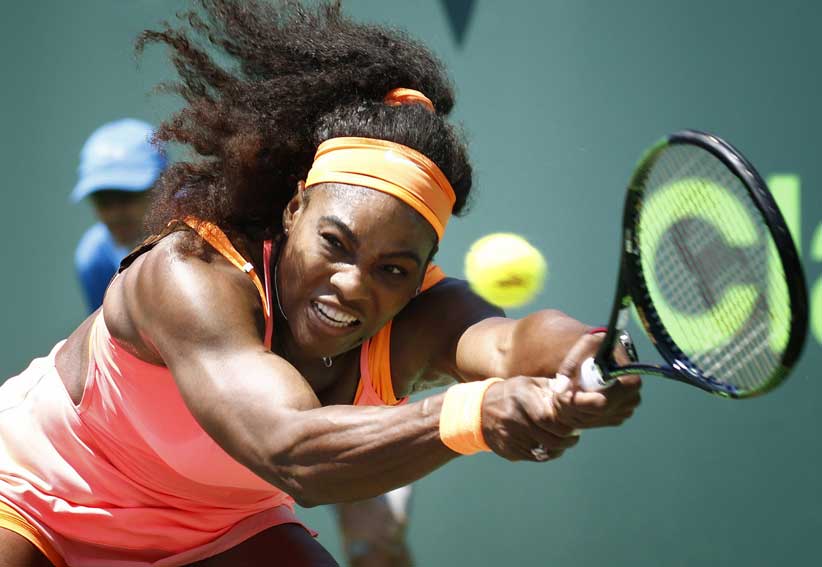 It was an annoyed Serena Williams who faced reporters following her surprise semifinal loss to Roberta Vinci, an unseeded player, at this year’s U.S. Open.“I’m not going to talk about how disappointing it is for me,” announced Williams, wearing a white track jacket and neon-yellow headband. “If you have any other questions, I’ll talk about that.”

Nobody had any other questions. This was the week Williams was to add a calendar-year Grand Slam—all four majors in a calendar year—to her already illustrious record. And she was set do it before U.S. fans. Could she come away from the experience with something positive? “I won three Grand Slams [this year], and four in a row [including last year’s U.S. Open],” Williams noted with a heavy dose of sarcasm. “So, yeah, that’s definitely a positive.”

Superstar athletes exist in a universe of unrealistic expectations, but Williams bears a bigger burden than most. She’s not only expected to win every match she plays, but to dominate her opponents thoroughly—which she usually does. Her serve is thunderous and her ground strokes streak like lasers. And she never gives up. Now 34, Williams ended 2015 with an astounding 53-3 win-loss record, including the aforementioned major titles at the Australian Open, French Open and Wimbledon. That makes 21 major titles throughout her career. “I think Serena is one of the all-time greatest athletes, period,” John McEnroe, the hot-blooded player-turned-commentator, told the BBC on the eve of Williams’s semifinal match in Flushing Meadows.

At the same time, however, her overpowering play comes with its own baggage: never-ending chatter about her muscular build and aggressive on-court demeanour. Even the New York Times felt it necessary to weigh in earlier this year with a story about “body image” that noted: “Her rivals could try to emulate her physique, but most of them choose not to.” The piece quoted rival Agnieszka Radwańska’s coach saying of his charge, “It’s our decision to keep her as the smallest player in the Top 10, because, first of all, she’s a woman and wants to be a woman.” Reader reaction was swift, with many wondering why, in 2015, we’re still talking about what female athletes are supposed to look like.

Williams, to her credit, addressed the whole body-image brouhaha with a shrug. A fashion enthusiast with her own clothing line, she appeared on the cover of both Vogue and New York magazine’s fashion issue—and not as some strange, photo-shopped version of herself. “I look like a normal athlete, a normal woman walking down the street, a thicker one,” she told the Miami Herald in the run-up to the U.S. Open. “I’m okay with that. I love that. You have to be okay with yourself, no matter if you’re size zero, or a little bigger, like me.”

What Williams isn’t okay with was being knocked out of the U.S. Open by a lower-ranked player—which, it should go without saying, is precisely how it should be.