Wildlife biologists are scrambling to fend off an amphibian-killing fungus from Europe. Turns out the little creatures are more important than they look. 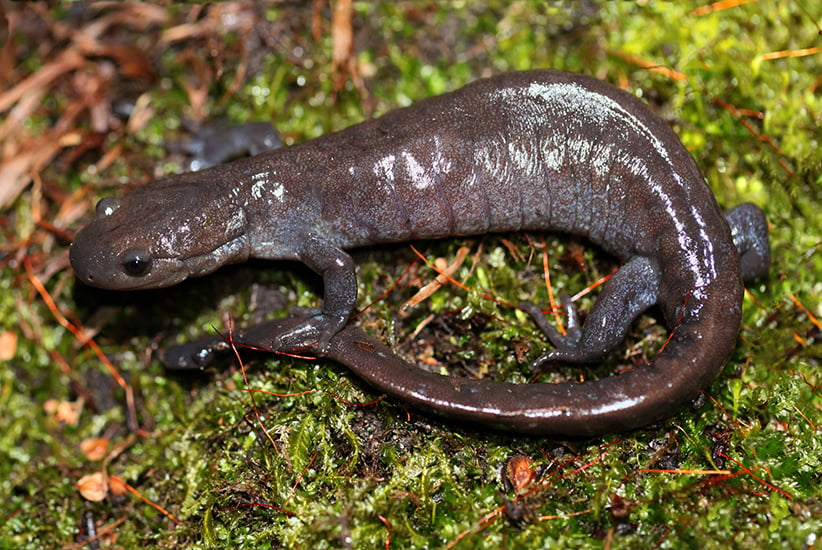 The Jefferson salamander, like other species native to Canada, could be in jeopardy (Scott Gillingwater/Flickr/(CC BY-NC-ND 2.0))

By 2013, when Dutch conservationist Annemarieke Spitzen-van der Sluijs and her colleagues finally determined why endangered fire salamanders were showing up dead on wooded footpaths in the Netherlands, much of the population there was already wiped out. The killer—a skin-eating fungal disease called Batrachochytrium salamandrivorans, or “devourer of salamanders”—is believed to have arrived with pet salamanders brought from Asia and has continued to spread like a slow-but-inexorable plague, devastating populations in Belgium, Germany and elsewhere in Europe.

Now, a new Canadian ban barring all salamanders from entering this country is touted as the best bet to prevent what scientists say could be a biodiversity crisis if the disease reaches North America. The rules, announced at the end of May, prohibit the import into Canada of every salamander species, unless authorized by a permit, for a period of one year.

“We’re going to start out with a very precautionary one-year restriction,” said Samuel Iverson, a biologist with Environment and Climate Change Canada’s wildlife health unit, “while we learn a bit more about the disease and zero in on a bit more of a targeted, long-term management regime.”

The Canadian ban is aimed at the estimated 17,000 salamanders—including newts—that arrive here each year to supply the pet trade or researchers needing study animals. It comes more than a year after the U.S. Fish and Wildlife Service barred 201 species of salamanders from entering the United States and more than three years after scientists first sounded the alarm about the deadly disease, commonly known as Bsal.

Many fear Bsal could spell wildlife disaster on a continent considered the global hotspot of salamander biodiversity; almost half of the world’s 676 recognized species live here (190 in the United States, 137 in Mexico and 22 in Canada). Secretive habits keep them hidden, but our forests can be home to more amphibians than any other land vertebrates, including birds and rodents. Few other animals are as important to ecosystems—as predators that eat ticks, mosquitoes and other pests and for moving nutrients into the forest from enriched pools and ponds where they typically spend part of their lives.

Scientists say many North American species have been shown to be susceptible to Bsal, and stopping its spread will be next to impossible once it reaches these shores. “Truthfully, the hard part is that there’s not a lot you can do once it gets released into the ecosystem,” Iverson said.

The Bsal fears have a precedent: in recent decades, a sister variety of fungus, named Batrachochytrium dendrobatidis or Bd, has been blamed for dramatic declines of more than 200 species of frogs around the world. The amphibian extinction rate—according to San Francisco State University biologist Vance Vredenburg, who has tracked the vanishing frogs—is now 40,000 times higher than at any time in the last 350 million years.

Amphibians comprise the most at-risk class of animals on the planet (41 percent of approximately 6,300 known amphibian species are threatened with extinction compared with 12 percent of birds and 23 percent of mammals). Already 148 species are considered gone forever. In the tropics, the rate of vanishing amphibians is threatening to rival some of the great mass extinctions of history.

Among those most affected by the Canadian ban are a small but passionate group of salamander enthusiasts and the pet stores that serve them—selling the creatures for $10 to $250, depending on the species. The Pet Industry Joint Advisory Council of Canada (PIJAC), which earlier urged members to voluntarily stop importing two popular species linked to the disease, agrees the broader moratorium is now warranted. “PIJAC Canada supports this initiative as we see it as an important step in protecting native salamander populations,” explained the group’s president Louis McCann.

But others warn that pet-lover frustration may tempt a salamander black market, making Bsal’s backdoor arrival more likely. “Inevitably it will,” said Rob Conrad, owner of Global Exotic Pets in Kitchener, Ont., which sells and ships exotic creatures across Canada. “As soon as you tell people they can’t have it, it’s the first thing they want.”

Université de Montréal professor Stéphane Roy learned of the ban only after he was suddenly barred from ordering Mexican salamanders (known as axolotls) from a breeding facility in Kentucky. Each year, Roy imports about 400 salamanders—unique among vertebrates for their capacity to regrow severed legs, nerves and other tissues—for use in limb and spinal cord regeneration research.

Environment and Climate Change Canada officials told Roy acquiring a permit (after proving the salamanders will be properly housed and quarantined) could take up to 70 days, he said—long enough to effectively lose his summer research season. “I understand the reason they’re putting the ban in place,” he said. “We want to protect the environment. Of course, I hope I won’t be collateral damage because of that.”

Meanwhile, many scientists are skeptical the ban will do more than merely slow the North American arrival of Bsal. Given Bsal’s main agents de voyage are enthusiastic pet owners, many think a North American outbreak is almost inevitable.

“Oh yes. Certainly,” predicted Bsal’s co-discoverer Spitzen-van der Sluijs, when asked about the spread of the fungus to this continent. “If it’s not there already.”

Peter Christie is a science writer who lives in Edmonton