In Canada, no nudes is good nudes

A new exhibit exposes our squeamishness about nakedness in art 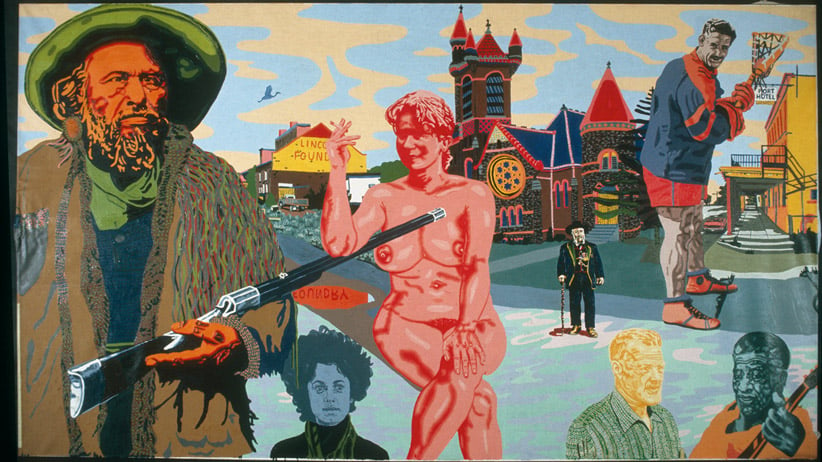 In one memorable episode of the ’90s sitcom Seinfeld, comedian Jerry Seinfeld tells his friend George Costanza that there is an unexpected downside to dating a woman who walks around his apartment naked. “There’s good naked and there’s bad naked,” he says. “Naked hair-brushing: good. Naked crouching: bad.” Jerry’s girlfriend, it turns out, is fond of the latter type of nudity; when she tries to open a pickle jar in the buff, her every muscle contorting in a way normally unseen, Jerry snaps and suggests she begin wearing clothes. (Needless to say, the relationship doesn’t work out, for reasons having more to do with  Jerry’s naked physique than his girlfriend’s.)

Jerry Seinfeld wasn’t the first person to make the distinction between “good naked” and “bad naked,” though he may be the funniest: Humans have been categorizing nudity for millennia. In ancient Sparta, for example, Seinfeld’s terms would be perceived as totally backward, as it was common for men to exercise in the nude. Today, on HBO’s Girls, actress Lena Dunham does almost everything in her birthday suit—an aesthetic choice deemed variously gratuitous or revolutionary. But “good naked” and “bad naked” aren’t ideas exclusively reserved for people: It appears they are frequently applied to art.

Take the Canada Council Art Bank, in Ottawa, home to the world’s largest collection of contemporary Canadian art. The art bank rents thousands of its works to private and public sector offices, but the works that go consistently unrented are those that deal with nudity. According to Virginia Eichhorn, director of the Tom Thomson Art Gallery in Owen Sound, Ont., many “government agencies and corporations are squeamish about having nudity displayed in public venues.” In other words, by Canadian standards, nudes in the office are considered “bad naked.” (Ironically, we may have been less squeamish in the past; a 1953 Maclean’s cover featured a drawing of several completely nude young boys diving into a river that would be scandalous today). A portion of the Art Bank’s collection, some of it by well-respected Canadian artists (Evan Penny, Donigan Cumming, to name a few) remains unseen by the public.

Until now. Eichhorn has teamed up with The Museum, in Kitchener, Ont., to display these works for the first time in an exhibit called Getting Naked. David Marskell, the museum’s CEO, says he and Victoria Henry, director of the Art Bank, came up with the idea over a glass of wine last year. Both thought it was a shame such a valuable part of the collection was being ignored because of a sensibility that deems nakedness in art unsuitable for public consumption. “To bring those out of storage,” says Marskell, “will be wonderful.”

The show, which opens on March 7, includes more than 100 pieces by Canadian artists, ranging from traditional paintings of nudes in repose, to more abstract and unusual work, such as David Dorrance’s ceramic sculpture of a watering can with a spout moulded into the shape of a penis. The show will include discussion groups on nudity and its philosophical and political implications. Marskell says the museum hasn’t “received any blowback” from the local community. In fact, it’s known for its eccentric projects. Formerly the Waterloo Region Children’s Museum, it has held equally colourful exhibits in the past, varying in topic from Andy Warhol to the science of sexuality. (Getting Naked will provide a child-friendly experience for those interested.)

Eichhorn, who posed naked in life-drawing classes as an undergraduate, thinks it’s strange that nudes in a public building strike some as controversial. But she acknowledges there’s another reason Canadians may not want to engage with nudity—one that has nothing to do with prudishness. “It’s a pretty cold country,” she says.