Asexuals and the challenge of navigating a sex-obsessed world

'Believing that love isn’t fully there unless sex is desired, too, is like believing a tailless dog is never happy' 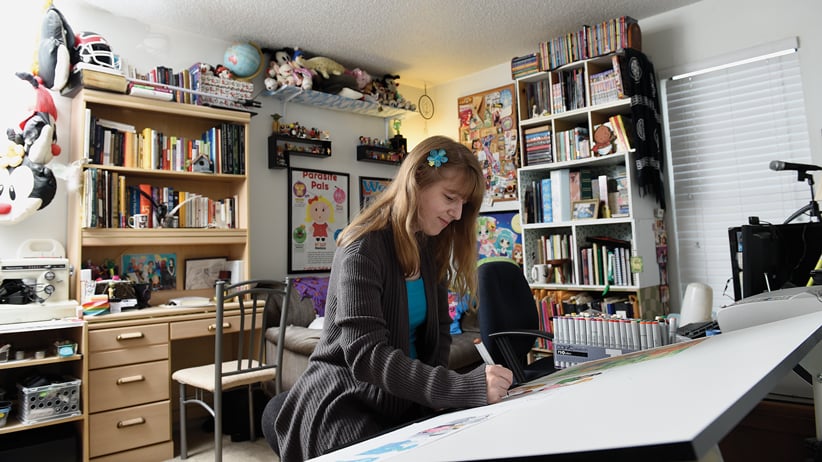 On her website, Julie Sondra Decker, a writer and aspiring sci-fi novelist, describes herself as a vegetarian, a natural blond, a soprano and a good speller. She also talks about something most authors might not tackle in their author bios: her lack of interest in sex. Decker writes, “I’m 36 years old. I’m not interested in dating or marriage and I have no plans to have a baby.”

Just as some people are born gay, straight or bisexual, Decker says she was born without the desire to have sex. She didn’t make a decision to be celibate, and it has nothing to do with morality; it’s her sexual orientation. About one in every 100 people is asexual, according to a 2004 study she cites by Canadian psychologist Tony Bogaert at Brock University.

Decker’s book, The Invisible Orientation: An Introduction to Asexuality, details the various manifestations of this identity. In plain, straightforward language, she addresses every conceivable topic, including troubleshooting arguments from skeptics, and setting out what asexuality is by eliminating what it isn’t. It’s not a hormone imbalance. It’s not the result of psychological trauma. It’s not arrested development. It’s not a default position taken by “cat ladies” who can’t find a suitable partner.

Decker is active in online writing communities and, in interviews and videos, she comes across as funny and engaging. She says she dated boys when she was young. “I experimented with my high school partners and I didn’t find anything there that was satisfying,” she says. “It felt forced. I didn’t have sex with anyone.” Though her classmates thought she was weird as a result, it didn’t bother her —something she attributes to the support of her parents.

“I wouldn’t say my parents are unusually sophisticated or educated,” she says of her father, a banker, and mother, who stayed home to raise her and her two younger sisters. “[But] they felt like my allies. I learned very young that I didn’t have to go with the crowd—that my inner understanding of the world should be respected, and that if people made me uncomfortable because of something I believed or felt, I didn’t have to listen to them.”

She points out it’s possible for an asexual person to be romantically attracted to someone without feeling sexual desire. “Believing that love isn’t fully there unless sex is desired, too, is like believing a tailless dog is never happy, based on the notion that all dogs wag their tails if they’re happy.”

Some do date or get crushes on people. One asexual commenter on the support site Apositive.org, confesses, “I’ve seen people on the street I instantly wanted to drag home for . . . tea.” And some asexuals, like David Jay, are in long-term, committed relationships. Jay is the founder of the world’s largest online community of asexuals, AVEN (Asexual Visibility and Education Network) with a membership of about 70,000. He and his asexual girlfriend hope to adopt a child together. They don’t have intercourse, but Decker notes “asexual people can—and often do—decide to have sex” to please a partner.

In other cases, it’s more complicated. One forlorn husband sought help on an asexual site for his wife’s unwillingness to have sex. She engaged in intercourse only long enough to have two kids, he contends, and has frozen him out ever since. “Basically, I feel like an owned sperm donor who is now of no use.” For a lot of asexuals, the frustration is living in a sex-compulsory culture. “It’s not easy to grow up in a world where a key piece of identity and happiness seems to rely on expectations of sexual satisfaction,” says Decker, “which leaves those of us who don’t want to make those things part of our lives often feeling insecure or confused.”

Decker is emotionally stronger than most, however. It’s why she feels a responsibility to speak for asexuals who are insecure or depressed. One of her mother’s siblings was gay, and one of her father’s siblings had a lifestyle that did not include marriage or kids. “Alternative lifestyles were modelled in my family as being acceptable and not shameful. And now, I get to be my sisters’ kids’ weird, unmarried aunt,” she says cheerfully. “It works out.”

FILED UNDER: Asexual sexuality The Vault year in pictures