No storylines, no superstars: Germany simply wins it all

In a World Cup of icons and narratives, Germany's anonymous squad marched to a victory that was remarkably unremarkable 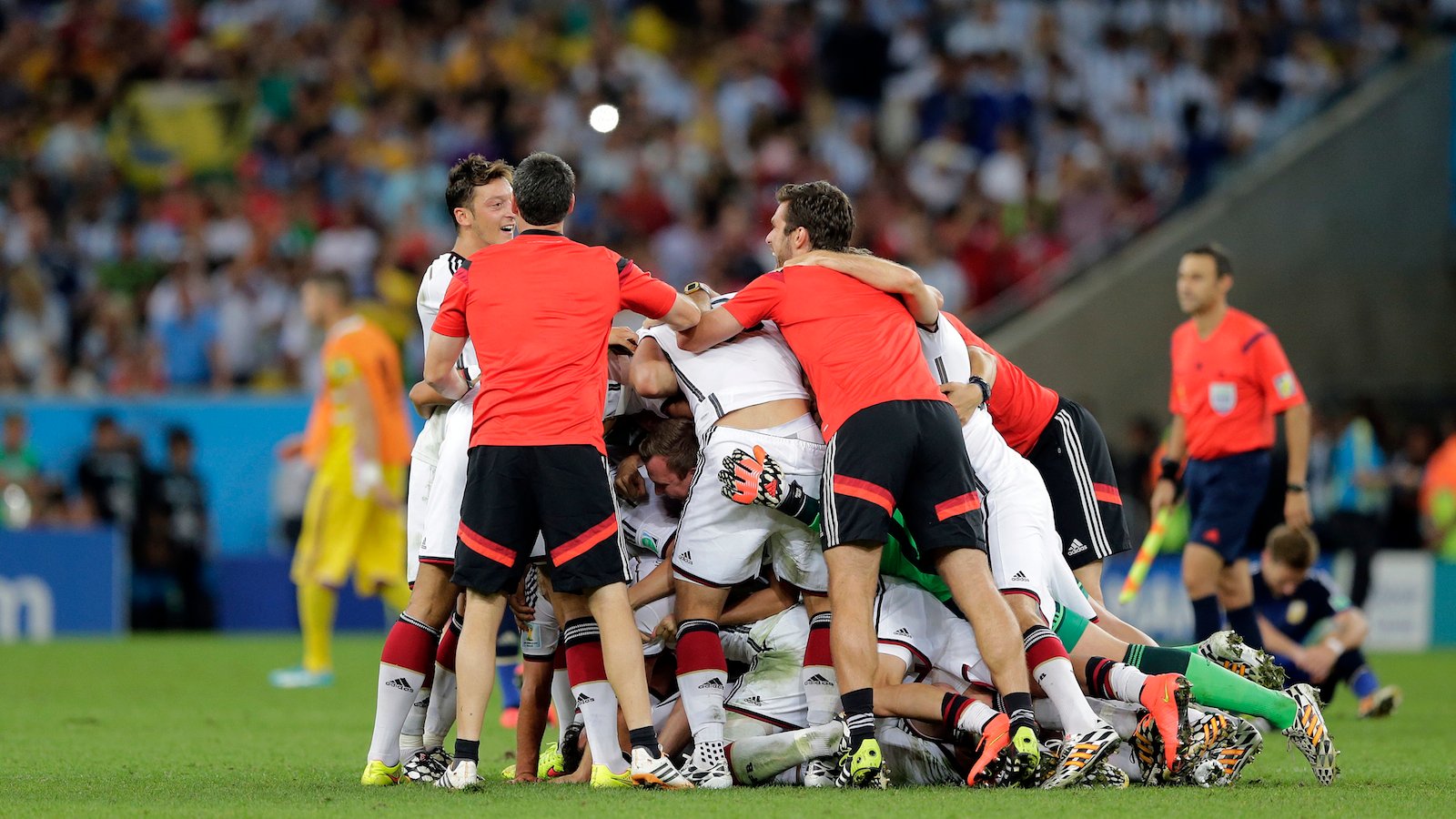 Their names are hardly seen on jerseys outside Germany. Jérôme Boateng. Manuel Neuer. Philipp Lahm. For soccer fans across the world, these names will never stand out above the likes of Lionel Messi, Neymar or Cristiano Ronaldo. Nor will the Germans care. They will instead be remembered as part of Germany’s 2014 World Cup-winning team. No player stands out above another. Not with Die Mannschaft.

After a month-long display of the beautiful game, it took 112 minutes of the final until Mario Götze scored the lone goal against Argentina, lifting Germany to its fourth World Cup.

An already-exciting tournament began with even more excitement than usual, a product of the world’s most watched sporting event taking place in Brazil, the adopted home of soccer. There were reasons for every fan, casual or hardcore, to get excited. The Brazilians were winning. The World Cup was en route to break the record for most goals in the tournament. (It tied the record in the end.) Tiny Costa Rica pulled off upset victories over Italy and Uruguay, meaning the ultimate underdog qualified for the knockout round. Spain’s collapse in the group stages—including a 5-1 drubbing at the hands of the Netherlands—assured that a new world champion would be crowned. Headline-grabbing narratives were aplenty.

The World Cup remained relatively scandal-free, too, until Uruguay’s Luis Suárez sank his teeth into the shoulder of Italy’s Giorgio Chiellini. Suárez denied the accusations at first, but the bite marks and TV cameras gave irrefutable evidence. Besides, he was a repeat offender—once while playing in the Dutch league and again in the English Premier League—to the point that 167 people cashed in on a Norwegian gambling site that gave 175-to-1 odds if Suárez would bite an opponent in Brazil.

Twitter had a field day. Even Evander Holyfield, whose ear was partially bitten off in a heavyweight boxing fight against Mike Tyson, got in on the joke. “I guess any part of the body is up for eating,” the former heavyweight champion tweeted.

Suárez was kicked out of the tournament and suspended by FIFA for four months. But few can deny his soccer talent. Days after the suspension, Barcelona paid Liverpool 75 million pounds for Suárez to join a new team alongside the likes of Messi and Neymar.

Largely hidden from the headlines, but always at the forefront of the tournament, were the Germans.

Germany drubbed Portugal 4-0 in its opening game. A lone goal by Thomas Müller against the U.S.—coached by Germany’s legendary striker and former head coach Jürgen Klinsmann, for whom there was no neat homecoming narrative—put Germany atop the “Group of Death” in their final group game.

In the Round of 16, Algeria took Die Mannschaft to extra time, but two goals in the extra frames—courtesy of André Schürrle and Mesut Özil—proved too much for the upstart African nation to overcome. Germany’s 1-0 quarterfinal victory over France appeared straightforward after an early headed goal from defender Mats Hummels. Another game, another goal scorer. How perfunctory.

Then, a possibly fantastic storyline for Germany’s semi-final against Brazil–it would have been a dream matchup–was nearly immediately dispensed with by a Colombian defender’s kick to the spine of Brazil superstar Neymar.

Still, this was the World Cup hosted by a country that had won on soccer’s biggest stage a record five times. Neymar or no (it would be no), the Brazilians were confident in their team. But nearly from kickoff, the Germans sucked the confidence from the stadium; half an hour in, Germany led by a score of 5-0. Four goals came within seven minutes. The broadcasters announced each subsequent goal with a certain amount of embarrassment…6-0…then 7-0. A last-second goal by Oscar was of no consolation for the home fans. TV cameras were fixated on Brazilian tears. It was a national day of mourning.

In Germany, however, the complete team performance was so dominant it even overshadowed Miroslav Klose’s scoring a tournament record 16th goal in his fourth—and final—World Cup. Not one of those goals came further than 12 yards from the net.

Then another narrative for Germany to come up against, in the final against Argentina: this was the chance for Argentine icon Lionel Messi to cement his legendary status. Undoubtedly the best player of his generation, the boyish-looking superstar from Rosario, Argentina has a trophy case that includes four Ballons D’Or (awarded annually to the world’s best player), five La Liga titles with Barcelona, and three Champions League trophies. But when his career is done, and it comes time to rank him among the all-time greats—Pelé, Diego Maradona, Zinedine Zidane—many critics will point to the one missing from Messi’s trophy case.

The Germans didn’t fear him. Argentina had Messi. Germany has a team.

The scoreline in the final read 0-0 for most of the match, though scoring chances came for both teams. A horrific header from Toni Kroos gifted Argentina’s Gonzalo Higuaín with a breakaway, but his shot went awry. Germany’s best chance came from a corner kick in the final moments of the first half, but Benedikt Höwedes’s header thundered off the post. Messi ran rampant and tormented German defenders, but was never able to fill the net.

For the third consecutive World Cup, the finals went to extra time. Penalty kicks were looming until young Götze–a last-minute substitute–took a cross down with his chest and volleyed a shot past the Argentine goalkeeper and into the net. Though the team had reached the semi-finals for a record fourth consecutive World Cup, they had until today won only one since the fall of the Berlin Wall. All a nice storyline, to be sure. But until the 2018 World Cup gets underway in Russia, Germany fans will be more than happy to simply repeat the famous quote from English soccer legend-turned-broadcaster Gary Lineker: “Football is a simple game; 22 men chase a ball for 90 minutes and at the end, the Germans always win.” Plain, simple. And today, like most days this past month, it was true.