What makes the Ice Age footprints found in B.C. so remarkable

Terry Glavin: Science and Indigenous knowledge have combined to challenge old thinking on when humans first arrived in North America 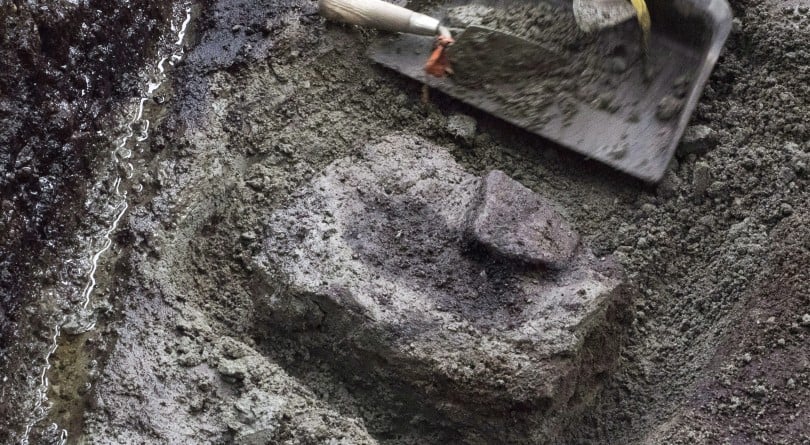 A section of soil where the impressions of human footprints buried at a shoreline archaeological site were discovered by researchers on Calvert Island, British Columbia, Canada. Charcoal found with the prints has been radiocarbon dated to 13,200 years before present, making them likely candidates for the oldest footprints ever found. (Joanne McSporran/CP)

Up and down the British Columbia coast, where abundant marine life has supported populous communities in large villages since the twilight of the ice age, archeological sites are as commonplace as barnacles. But there is nothing ordinary about a recent discovery at a remote cove on Calvert Island, about 100 km north of the northern tip of Vancouver Island.

It isn’t just that the find was so exquisite—29 footprints, likely from a man, a woman and a child. Going by the radiocarbon dating of sediments in the clay where the footprints were found, about half a metre below the sand, they walked there 13,000 years ago.

It isn’t just that these are the oldest footprints found in North America, either. Published last month in the journal PLOS One, the story of the Calvert Island footprints defies nearly a century’s worth of thinking about the long human journey into North America. Discovered in a joint archeological survey undertaken by the University of Victoria, the Hakai Institute and the Heiltsuk and Wuikinuxv tribal authorities, the Calvert Island footprints are the latest in a series of dramatic discoveries that place people on the B.C. coast long before they were supposed to be there.

READ: How Western science is finally catching up to Indigenous knowledge

In the old-school scenario, North America’s Indigenous peoples descended from a group of big-game hunters with a distinctive stone tool kit, first identified in a cache of spear points discovered in Clovis, N.M., in the 1930s. The “Clovis people” are believed to have descended from a bedraggled group that trudged across a long-submerged Bering “land bridge” into what is now Alaska. They eventually made their way south through a late-Pleistocene corridor between the Cordilleran and Laurentide ice sheets that opened up in what is now Alberta about 12,000 years ago.

But a series of archeological discoveries in recent years, coupled with innovations in DNA research, have shed light on a wholly different sequence of events that appears to begin in the vicinity of Lake Baikal in Siberia, perhaps 25,000 years ago. It may involve several waves of people who eventually ended up in North America. Whatever the details, the overwhelming evidence now supports a story of sea-mammal hunters moving up and down the Pacific coast, and fully adapted maritime cultures well settled in British Columbia’s maze of inlets, islands, coves and bays long before the Clovis people showed up. 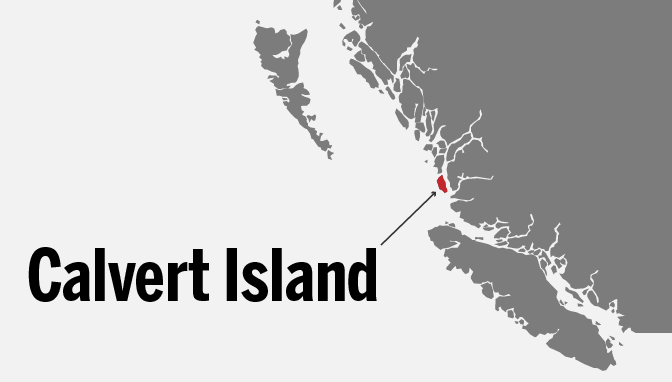 The recent science has also confirmed accounts of the post-Pleistocene landscape found in the oral traditions of coastal Indigenous peoples. Two years ago, not far from Calvert Island, on Triquet Island, UVic and Hakai Institute archeologists working with Heiltsuk researchers unearthed a village site from nearly 14,000 years ago. Going by the conventional scientific theories about human settlement in North America, it shouldn’t have been there. But if you pay attention to Heiltsuk accounts of their origins, the village was exactly where you would expect it to be.

In 1910, the American anthropologist Livingston Farrand noted that a “first-generation” story among members of the Killer Whale Clan of the Nulawitxv Heiltsuk described their territory’s early landscape this way: “In the beginning there was nothing but water and ice and a narrow strip of shoreline.” The Triquet Island site is situated where a strip of land is said to have been free of ice. “It was a place that never froze during the ice age and it was a place where our ancestors flocked to for survival,” says Heiltsuk spokesperson William Housty.

To the south of the Heiltsuk and Wuikinuxv territories, the cataclysmic disruptions following the melting of the planet’s Pleistocene ice sheets show up in the oral traditions of Kwagewlth communities as detailed and specific “great flood” stories that conform with the geological record. Further north, the Haida oral tradition describes a creation-time landscape that accords fully with recent science. A marshy plain extended from the islands of Haida Gwaii almost as far as the mainland. The Haida have long maintained that they were present on their islands well before the close of the ice age.

Too often, a supposedly inevitable contradiction between science and Indigenous oral tradition gets in the way of understanding how the North American continent was settled by humans. A case in point: the controversy over “Kennewick Man,” a skeleton discovered in Washington state in 1996, erupted over early reports that the individual appeared to be European.

It took years of lawsuits and standoffs between the U.S. Army Corps of Engineers, state authorities, scientists and the Umatilla tribe before the skeleton was adequately studied. The man was about 40 years old when he was buried about 9,000 years ago. DNA analysis seems to confirm he was among the people who arrived in North America by the “coastal route,” owing to genetic affinities that include the early Jomon people of Japan. But he was genetically related to the Columbia River tribes, too.

It took 21 years for the remains to be returned to the Umatilla people. In a quiet ceremony at an undisclosed location in the high desert of the Columbia Plateau in February 2017, roughly 200 people gathered to put the Ancient One back in the ground.

It doesn’t have to be like that. Collaboration between science and Indigenous knowledge produces solid results. The work undertaken by UVic, the Hakai Institute, the Heiltsuk and Wuikinuxv people shows how it’s done.