Notes from an Apocalypse: What we might learn from the COVID-19 pandemic

Author Mark O’Connell, whose well-timed new book, 'Notes from an Apocalypse,' is out this month, on the pandemic: 'Civilization is actually strengthened in a certain way in a situation like this.' 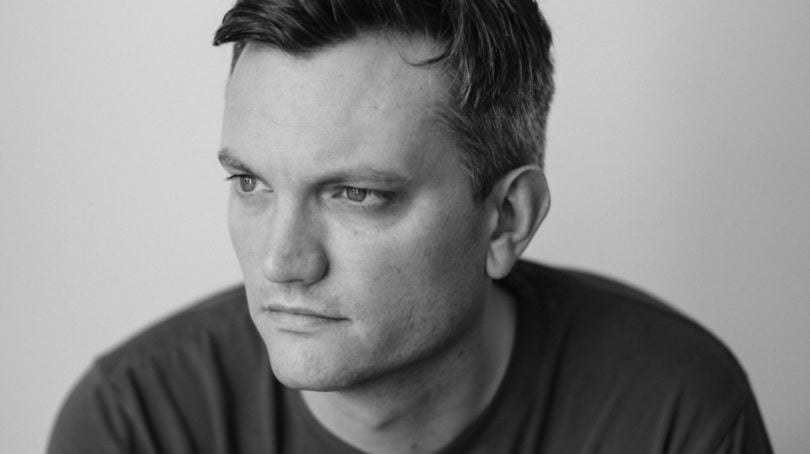 When Mark O’Connell set out to write his latest book, Notes from an Apocalypse, the Irish writer and father of two young children wanted to explore his own ambivalence about parenthood in a world of increasing darkness and fragility. Along the way, he encountered survivalists in South Dakota, billionaire preppers in New Zealand, would-be Mars colonists in Los Angeles, and in his own Dublin living room, the son and daughter who have filled him with so much anxiety and hope. Of course, he couldn’t have guessed that the book, published in April, would arrive in a world that really did seem to be ending. But, as O’Connell argues, with compassion, intelligence, and surprising humour, the apocalypse is always happening somewhere for someone. Here, he talks to Maclean’s about the “perverse pilgrimages” he went on, how children can change us, and what we might learn from the pandemic.

Q: The book opens with your son watching a cartoon about bears while you watch a video on your phone about a starving polar bear. And it ends with you talking about the birth of your daughter during the most intense heat wave of your lifetime. In the middle, you write that being a parent “radicalized” you. Can you talk about how your kids’ lives inspired the ideas in the book?

A: The book begins with almost literally the moment that gave rise to the book. That was a kind of representative moment during a period of my life where I couldn’t quite see a way to live as a parent and as a person given the darkness of what seemed to be coming. The way I’ve been thinking about it for the last few years, as the parent of young children, is you have to protect them from the world in a lot of ways. But you also have to lie to them in certain ways. It’s not quite a lie—I do believe the world is a good place and it’s worth being in. But you have to instill in them this really strong sense that the world is there for them, that it’s there to be explored and engaged with and looked after. That it’s a realm of possibility and good things. But that was also completely at odds with how I was actually looking around at the world. There was this real cognitive dissonance and that was the sort of mood the book grew out of.

Q: When seeking to assuage their anxiety about the end of the world, other people or writers might have sought out people who are doing good things: activists, scientists, politicians. That wasn’t your approach.

A: No, not me. But it wasn’t that I was setting out to assuage my fears actually; I was setting out to immerse myself in the anxiety. That’s the weird, slightly perverse, heart of the book—these things are terrifying and appalling but they’re also fascinating. So I really wanted that to be part of the ethos of the book—my own conflictedness about why I’m doing this stuff, why I’m submitting to it. As a writer, I often go towards what is pretty dark. I’m not particularly responsible as a writer. I don’t listen to the reasonable voices in my head that are going, “Oh, you should be looking at the scientists who are trying to mitigate these things.” I’m not that good at balance—I just go where my instincts tell me, and for better or worse, try to pursue those.

Q: You talk about how the people who seem to most eagerly anticipate the collapse of civilization—the doomsday preppers, say—are those who have no faith in society to begin with. But you argue that the only way we’ll survive catastrophe is through community. If we come, and work, together. We’re sort of seeing that right now with the pandemic.

A: This isn’t a book that has an argument with a capital-A. But if there is a kind of underlying idea in the book it is that: you can’t survive alone. You know, if you’re doing these radically selfish, radically individual things to prepare for the apocalypse, then civilizational collapse has already happened, and you embody it in a way. But yeah, you’re absolutely right, and I’ve been thinking about this a lot these last few weeks. There’s not a huge amount in the book about viral pandemics—it’s just one of a range of possibilities that these people throw out there—but preppers are quite preoccupied with the kind of situation we’re in right now. And I think a lot of them are feeling quite smug right now, and with some justification. Especially in the first week or so, when the big uncertainty was around supply chains, are the supermarket shelves going to be bare, should we be stockpiling stuff? But all those preppers—everyone from guys making bug-out bag videos on YouTube to Peter Thiel—all of their thinking is predicated on this idea that civilization is a really fragile thing and people are bound to revert to savagery as soon as some sufficiently bad catastrophe happens. But we’re in the middle of that catastrophe now and we’ve not seen that. For the most part, what happens is civilization is actually strengthened in a certain way in a situation like this. People act out of community interest and they act out of a shared interest in the common good in a way that we’re not used to. I haven’t seen anything like this in my lifetime.

Q: Society hasn’t quite collapsed but it has been placed in this kind of suspended animation. Do you think getting a kind of preview of collapse though, in this way, might actually galvanize us to do something about, say, climate?

A: I don’t know, I’m asking myself that question. You’re right, civilization has not collapsed. But we’re realizing that civilization is fragile not in terms of how people interact with each other but the way our economy and our societies function at a structural level. At least where I am, there’s a sense that things can’t go back to where they were. But people are also going to convince themselves that action on climate is a luxury that we can’t afford right now. That we just need to get the economy back. And that’s going to be the next crisis and it’s going to be significantly bigger than what we’re experiencing now. I’m wary of being complacent about these things. But I do feel this sense of optimism and hope about this renewed consciousness of how things have been and how they will have to change. I think most people are just becoming a bit more radical now.

Q: I feel like everyone—well, progressives anyway—are looking at this as a moment to intervene on housing, workers’ rights, climate. There’s a lot of opportunity.

A: It does feel like everything is up for grabs. Progressives are definitely having a moment where they feel the progressive agenda is seen as more of a necessity. But it’s easy to forget that actual fascists are seeing this as an absolute opportunity too. There are ways that anti-democratic forces are going to see this as a glimpse of a utopian future as well.

Q: One of my favourite parts of the book is the time you spend with the Dark Mountain people, a radical, sprawling art project critical of the very idea of civilization. Are they as giddy about this moment as they were after the financial crisis of 2008?

A: It’s hard to know. Next month, the group that I was a part of, we’re all going to have a Zoom chat; even the Dark Mountain people are being sucked into the Zoom vortex [laughs]. But I’ve heard from Paul Kingsnorth, one of the founders. He lives in such a post-apocalyptic way already so his life has not been radically changed—he home-schools his kids, he lives fairly self-sufficiently in rural Ireland. But he got in touch in the first week to see how I was getting on in the city. His perspective would be that cities are not a good place to be at a time like this. And you can see why people have that idea. But I live in a fairly densely populated inner-city neighbourhood in Dublin and it feels like a good place to be actually. It feels like there’s a strong community here. It feels safer. We know people, we’re not outsiders. We’re part of a loose community network and that’s not nothing.

Q: You make the extremely vital point that that for you, for me, people in our very fortunate, comfortable position, the collapse of civilization is abstract. But in fact, it’s always the end of the world for someone, somewhere—for people in war zones or in dire poverty. “The end of the world,” you write, “is not some remote dystopian fantasy. It was all around. You just had to look.” I found that idea oddly reassuring; it reminded me to be grateful.

A: Yeah, that’s kind of the tone of the book—it’s both comforting and terrifying at the same time. The apocalypse is a totally relative concept. That was something I realized organically as I was writing the book. I had my head in all these speculative scenarios, and then I’d be walking around and I’d be like, “Oh, shit, this is not some remote thing.” That homeless person over there, fifteen feet away from me, lives in a collapsed civilization over there, basically, because our quote-unquote civilization is doing nothing for them. The apocalypse is always going on.

Q: I think that’s very true. But it’s easy to forget. It’s something I’ve been reminded of so often during this crisis—how many people are suffering in this, and then beyond this crisis too.

Q: Towards the end of the book, which is quite hopeful, you write “it became apparent to me that a state of perpetual anxiety is no way to live.” When did that realization occur to you?

A: It had been creeping up on me all the way through. The really intense anxiety and hopelessness at the beginning of the book went on for a while. It took some work to get out of it. But I kind of knew I didn’t want to go back there. A lot of the anxieties that I wrote about at the beginning had to do with being a parent and real ambivalence about the ethics of bringing a person into the world. And the thing that pulled me out of it in the most radical way was having a second child. Which makes no sense. But then again, these things don’t make sense because you don’t make decisions like that rationally. At least I don’t anyway. It was really important for me to end on this note of tentative hopefulness, the birth of my second child, because it just brought this real sense of possibility into the world. Again, it’s hard to talk about without seeming corny—which is why I try and intellectualize it—but the birth of a child brings possibility into the world and there’s no getting around that. You can’t just foreclose that, just submit to the apocalypse by deciding, “Okay, the world’s a sh–hole and I’m not going to have kids.” Otherwise, the human race would have gone extinct a long time ago.