Following in her father’s footsteps, she became a radiation oncologist and pushed the boundaries of cancer care 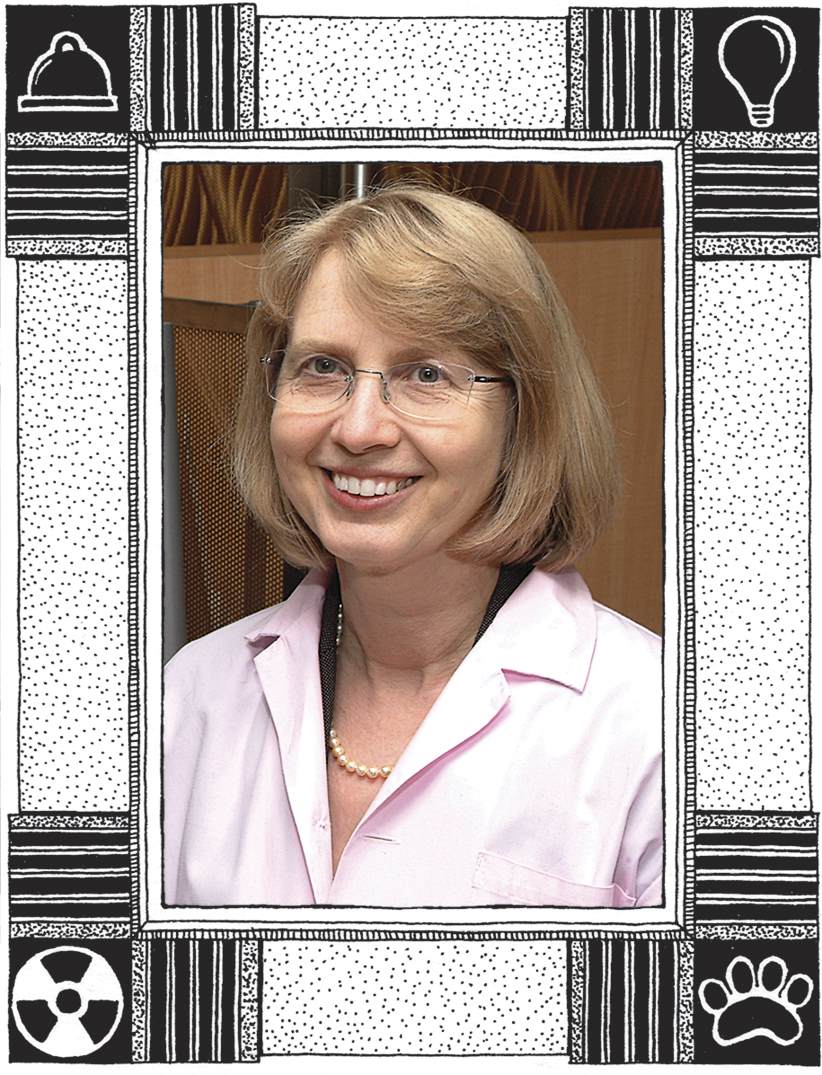 Pamela Anne Catton was born in Ottawa on Nov. 28, 1953. Her father, Dr. Gordon Catton, was a radiation oncologist and her mother, Mary Nicoll, was a nurse.

Pam grew up running freely around her Ottawa neighbourhood with older brother Charles, and younger sister Deb, before her parents had another daughter, Jane, and two more sons, Andrew and Jim. Pam especially loved her family’s dogs, first a dachshund and then two shelties. For 11 months of the year, Gordon worked round the clock at what’s now the Ottawa Hospital Regional Cancer Centre. Every summer, the family decamped to the woods near Gracefield, Que., for a month.

Pam attended the University of Western Ontario before pursuing a degree in medicine at the University of Ottawa. “I think she wanted to be a vet, but decided, ultimately, that human medicine might be more appropriate,” says Charles, also a radiation oncologist. “There was a very strong medical milieu that we grew up in.” Pam proceeded directly into training as a radiation oncologist, an unusually direct move at the time. “Clearly, she had a career path, which was going to follow in dad’s footsteps,” Charles says.

In the 1970s, while completing an internship at Toronto Western Hospital, Pam met Stephen Witchell, a fellow intern in her program. They started dating, and moved in together. Pam worked at Toronto’s Sunnybrook Hospital for several years before she was recruited to the Princess Margaret Hospital in the early 1990s. There, she worked tirelessly to further the field of radiation oncology, creating a degree program that turned technicians into radiation therapists. “She developed training programs that gave therapists a full university degree, tapping into this pool of talent that was horribly underutilized,” Charles says.

Perhaps Pam’s greatest accomplishment was the development and launch of ELLICSR (pronounced elixir), a health, wellness and survivorship centre designed to help recovering cancer patients. Planning and amassing funds for the project took the better part of five years, and ELLICSR opened in 2010. She hired chefs, comedians, fitness trainers and researchers to collaborate on the centre, the only one of its kind in Canada. “She had a very futuristic view of health care and wasn’t afraid to push it,” says Dr. Mary Gospodarowicz, Pam’s best friend.

Pam was also renowned for her dedication to her students, receiving numerous teaching awards. If trainees were struggling to pass exams or finish their training, they were sent to Pam. “There are a number of specialists in Canada who wouldn’t have become specialists if it weren’t for her help,” Gospodarowicz says.

Pam was fiercely loyal and known as a great fan of underdogs, both human and animal. Early in her career, she was asked by the Hospital for Sick Children to administer radiation on dogs during bone-marrow-transplant experiments. Standard procedure was to euthanize the dogs after the process, but Pam wouldn’t allow it. She took all the dogs in, keeping one and finding the others homes. She was constantly taking in strays. “You’d walk into her house and be mobbed by this very friendly but large pack of animals,” Charles says. She’d often encourage her colleagues to consider adopting dogs, sending out weekly emails with adorable pictures.

Five years ago, Pam was diagnosed with cancer, received treatment and went into remission. But, last March, the cancer returned. Knowing what treatments were available, she accepted some and declined others, opting for quality over quantity. Though she was no longer able to eat solid food, she threw elaborate weekly dinner parties for her friends, each one with a theme. “I went to the British pub dinner,” Gospodarowicz says. “Everything was authentic. That was very much Pam. She did not cut corners.”

This summer, she and Stephen invited their family and friends over to their home; they’d decided to get married. With Pam’s beloved standard poodles sitting at their feet, they held a ceremony in their living room. One of the rules of the day: No crying. Pam remained at home until the last day of her life, when she went to the Princess Margaret Cancer Centre. “She did it on her own terms,” Charles says. “Even in her last hours, she was still telling us what to do.” She died on Dec. 23, 2014. She was 61.