Payam Akhavan on the sacrifices needed to make the world safer

From 2017: A call to action from the UN's youngest-ever war crimes prosecutor 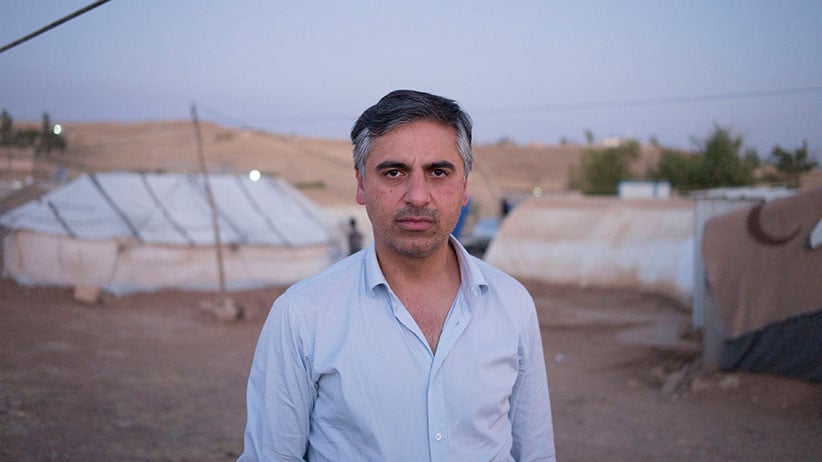 Payam Akhavan arrived in Canada at the age of nine in 1975, one of a Baha’i family who had presciently emigrated from Iran before the fall of the Shah. After the 1979 revolution he watched helplessly from Toronto as family and friends perished during the ayatollahs’ murderous religious persecution, an experience that profoundly shaped his life and career. By 26, Akhavan was the youngest war crimes prosecutor in United Nations history, and has since served with the UN in conflict zones around the world. Currently a professor of international law at McGill, Akhavan’s 2017 Massey Lectures are collected in In Search of a Better World: A Human Rights Odyssey. He describes his lectures as “part memoir, part history and part call to action.”

Q: In your last lecture you come to a sharp point: if we are really going to stand for the truth and support human rights, we are going to have to pay a price. What price do you mean?

A: The price is sacrifice. We need to sacrifice something. And this is what I find lacking. We want to construct an image of ourselves as virtuous but we don’t want to suffer for our beliefs. We want to change the world with a Facebook like. That’s not how the world works.

Q: The price then is more personal than institutional, something akin to what you advocate for: a UN force dedicated to stopping horrible things before they start?

A: I think it is both. It operates at all levels from UN reform to grassroots activism. Helping survivors of residential schools in Canada is not the same as the UN sending in peacekeepers to prevent the genocide in Rwanda. But both are a reflection of our culture and of our priorities. Where there is empathy there is always a solution, where there is apathy there is always an excuse. The price to be paid could be something as simple as the story that I tell of the immigrant couple who, after the residential schools inquiry, showed up at the door of a Native leader with muffins to show their sympathy. Or it could be sending a message to our political leaders that they will lose votes for failing to prevent far-away genocide. Paying the price can mean many different things: emotional, psychological or material. But we must sacrifice something in order to make the world better.

Q: You say the basis of any progress is “felt experience.” That’s where the empathy originates and that’s why you tell a lot of individual stories, because that is how humans respond to one another. Those stories come from throughout your career in conflict zones. And so too do the stories you convey from those we would call the villains: a mass murderer from Bosnia, a would-be suicide bomber you met in Iraq, a Rwandan genocidaire. Stories from both sides. Why?

A: Storytelling is very important. It is through context and relations that we understand the importance of human dignity. The concept means nothing as an abstraction. It’s important for us to understand why people do the things they do, including the monsters—the suicide bomber and the war criminal. Understanding is not acceptance. Understanding is exploring the human psyche. If we want to put an end to violence, we need to have the sort of conversation I had with the teenage suicide bomber.

Q: You are arguing there is nothing natural about mass murder. It arises from rational choices made by cynical and ruthless politicians.

A: I hate the tribal hatred thesis—in Yugoslavia and Rwanda and places like that they kill each other because that’s just what people do there. I think it’s profoundly ignorant. I was astonished when Samuel Huntington wrote his famous clash of civilizations essay in response to the Yugoslavian war. I was on the streets in Sarajevo and every other person I met came from a mixed marriage. And here is Professor Huntington from Harvard writing this is a clash of civilizations. That was absurd.

Q: We may be no more prone to slaughter than to succor each other but we are certainly prone to both. We cannot forget how easily we can and do go off the rails.

A: Yes, but go one step further and consider that in many instances violence—which obviously inflicts tremendous trauma on victims—also inflicts trauma on the perpetrator. Radical evil takes a lot of preparation, not just from an organizational point of view, but from brainwashing, psychological preparation and the legitimization of violence.

Q: For all your achievements, yours has been a career of emotional ups and downs as well. So much of what you find dispiriting about human rights law and procedures is how they amount to putting a bandage on a gaping wound after the fact. Okay, we’ve had a trial and sentenced a war criminal. But there are still thousands of bodies in a mass grave. Do you often feel the futility of international efforts?

A: Yes. When I joined the UN War Crimes Tribunal, it was a realization of the dream of justice, that finally after Nuremberg, the UN is going to put the accused on trial again! And I still believe that accountability that eradicates impunity is very, very important for transforming the sordid culture of politics and power that we see in the world. But we need to be humble about the fact that justice will not bring back the dead. That’s what made me explore the anatomy of genocide. When we deconstruct how radical evil occurs we realize that it is anything but spontaneous combustion. You need pyromaniacs. And underlying problems: in Rwanda in the 1980s because of the plummeting price of coffee, the commodity markets, and World Bank and IMF restructuring, basically the wealth of the country was halved. That certainly had something to do with the rise of extremism.

Q: You’re also dismissive of the realism versus justice argument: the one in which realists ask human rights activists, “How can we get the killers to put down their guns if they know they’re going straight to the Hague for trial afterwards?”

A: There are realities that one needs to deal with, but very often what we are told is political reality is merely cynicism. One could equally say that slavery is a reality, and misogyny too. In Yugoslavia we were told we were not only naive idealists in wanting war criminals to be prosecuted but that we were actually standing in the way of a ceasefire which would save more lives. The idea was that, by giving amnesty to these ruthless warmongers, you would give them an incentive to stop killing. I found that incredibly naive, never mind cynical. Having been on the ground and having met with these ruthless killers, I knew the only thing they understood was the language of force. The reason why the war ended in Bosnia was not because of amnesty but because a combined Croat-Bosnian offensive defeated the Serbs on the battlefield. Sometimes naïveté belongs not to the human rights activists but to the politicians.

Q: You make a compelling case that imposed amnesia—let’s just forget about the past in the name of present peace—is no solution. Of the two main ways of responding—trials, and truth and reconciliation commissions—do you like the latter as much as the former?

A: There’s not a single solution that works in every situation. The commissions have different functions, which I mention in relation to my current efforts in Iraq regarding ISIS crimes committed especially against the Kurdish Yazidi minority, from trials. Criminal trials are fundamentally about individual accountability whereas truth commissions are less about the guilt of the perpetrator and more about the suffering of the victim. A criminal trial is only incidentally a therapeutic or cathartic process for victims. But truth commissions, as we saw in South Africa, have the advantage of giving tens of thousands of people the opportunity to tell their stories, and not only does that contribute to healing but it also contributes to reconciliation, especially when perpetrators also come and express contrition. Wounds simply won’t heal if they are swept under the carpet.

Q: To return to “felt experience,” you raise the example of Raphael Lemkin, who lost 49 relatives in the Holocaust and coined the word “genocide” in his pioneering legal work. Was he a role model for you?

A: Yes, he was. When I wrote a book a few years ago about genocide, I was fascinated about how the word emerged. I read the works of Lemkin, which brought me to what I said about the personal and the professional, the disconnect that we have between emotion and reason. I realized that Raphael Lemkin was a profoundly traumatized individual. He had a very close relationship with his mother, who cultivated his academic interests. In his unpublished autobiography he writes that his proposed treaty criminalizing genocide was an “epitaph on my mother’s grave.” So all of a sudden we begin to understand how human suffering is also the engine of human betterment, and that the people who suffered the most are often most willing to engage in the struggle.

Q: It’s not easy for anyone to step aside from this integrated world, is it? Your family was in New York on 9/11 and heading for the World Trade Center. So thank God for cranky toddlers.

A: I just wanted to share that story, about how my two-year-old’s tantrum about his clothes prevented my family from catching their train to the WTC, because the irony of it. After a decade at the UN, I was thinking depression would destroy my life. And when my son was born—you know how you hold your child in your hands and you think?—I’d had enough of mass graves. Screw this, I’m going to go to New York and make lots of money and have a really good life. And then for several hours, I didn’t know if my family were dead or alive. It changes everything because all of a sudden it’s your child, it’s your wife, it’s your parents. It put things back in perspective.

An excerpt from the 2017 CBC Massey Lectures, In Search of a Better World, can be found here.