His father insisted he learn to play the fiddle, as he did his kids. Each year, they hosted P.E.I.’s Rollo Bay Fiddle Festival. 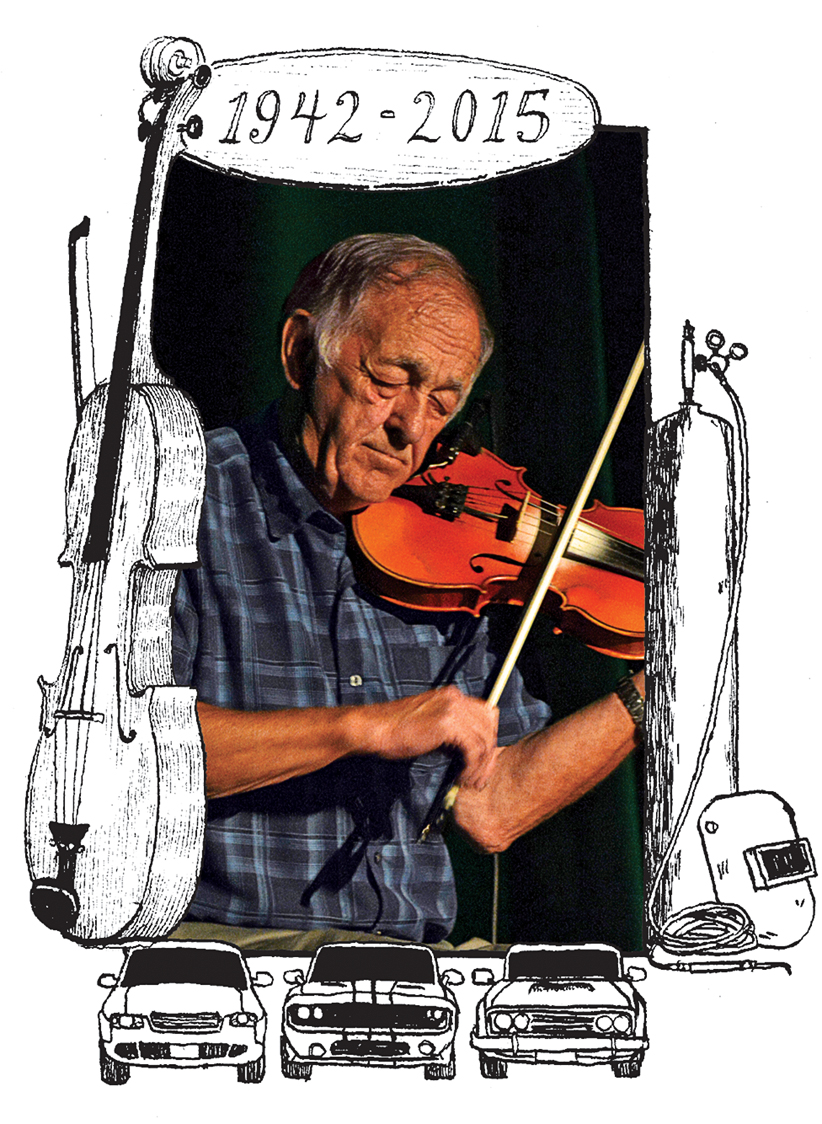 Peter Sylvester Chaisson was born in Charlottetown on July 21, 1942, to Joseph, a crane operator, and Margaret, who stayed at home to take care of their 10 kids: Catherine, Peter, Mary, Kenny, Shirley, Kevin, Gloria, the twins Dianne and Donna, and Darlene.

Growing up in Bear River, P.E.I., Peter was an animal lover and would often walk around with the family cat tucked under his arm. While the family also had a few farm animals, “he wouldn’t even eat a meal if he knew Mom or Dad killed the chicken for dinner,” Catherine says. The family home was always filled with music. Peter’s dad was a fiddler who insisted his boys learn to play. Living next to a pond where the neighbourhood kids would gather to play hockey, Peter could join only once he learned a tune on the fiddle.

In the early 1960s, Peter moved to Westminster, Mass., to work at a furniture store run by his older sister Catherine’s husband. “He brought his ﬁddle with him, of course,” she says. Peter later joined the U.S. army, but when troops starting being drafted to fight in Vietnam, he returned to P.E.I. and found work as an oil truck driver at his uncle’s company.

At a restaurant near where he worked, Peter sat down one day with Doreen Manning and struck up a conversation. It wasn’t long until he asked her out on a double date to the drive-in movie theatre in nearby Montague. A year later, in 1971, they got married.

The couple went to countless dances together, Peter playing the fiddle while Doreen danced.

To preserve the island’s traditional music, Peter’s father co-founded the Rollo Bay Fiddle Festival in 1976. Peter loved to perform, but never tried to stand out. “The farther he was in the background, the more he liked it,” Kevin says.

Not long after the inaugural festival, Peter and Doreen found out they were expecting twins. Doreen carried both to full term, but only one, Stephen, survived. “It was sad and happy,” she says. The family quickly grew with a girl, Melanie, in 1978, and then three more boys—Stanley, Bradley and Andrew—between 1982 and 1986. With a growing family, Peter starting working at the shipyard in Georgetown as a welder, until a heart attack at age 49 forced him to go on disability.

At home, Peter taught his kids how to split wood, camp and fish. “We’d be [out] late at night with a flashlight trying to catch smelts,” Stephen remembers. Like his father before him, Peter insisted his kids learn to play the fiddle. “He was our alarm clock for school in the morning, playing the fiddle,” Andrew says. “It was always waking us up at 6:30 a.m.”

After the death of his father, Peter eventually took over the duties of running the festival. “He lined up the talent. He got the grounds ready,” Kevin says. “He was Mr. Everything.” As soon as the snow was gone in the spring, Peter would be up at the property to cut the hay and manicure the lawn. “It was like a golf course,” Doreen says. On years with nice weather, several thousand attendees would show up.

The children grew to love to fiddle with their dad, travelling for shows from Cape Breton to Boston. Peter never learned to read a sheet of music; he had thousands of songs memorized. “I asked him, ‘What kind of a computer do you have in your head?’ ” Doreen says.

When he wasn’t playing the fiddle, Peter was out buying used cars. At one point, the family had more than 10 in the yard. “I always thought, ‘Why can’t we just have one good car?’ ” Stanley laughs. Worried he might upset Doreen, sometimes Peter kept his purchases hidden at friends’ houses or tucked behind trees on a nearby property. “At the registry office, he broke the record for how many times someone registered a car,” Doreen says.

In 2015, Peter decided it was time to sell the land where they held their festival. All the work was proving too much for him at his age, and he figured this would be the Rollo Bay Fiddle Festival’s final year. On a rainy Sunday, July 19—the last day of the festival—Peter was scrambling to gather extra chairs to fit inside the barn as they opted to move the music indoors. As his son Andrew, who had just returned from Australia, came on stage to play, Peter stopped at the back of the barn to listen. Tears welled up in his eyes. Moments later, he collapsed of a heart attack. Paramedics weren’t able to revive him. He was 72.