Pinning one on: The Queen's love of brooches

Fashions come and go, but the Queen remains famously loyal to one piece of jewellery: The brooch 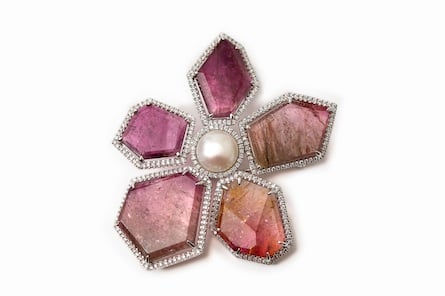 Brooches have undergone a renaissance in recent years, thanks to Michelle Obama’s fondness for wearing flamboyantly large costume pieces. Earlier this year, Vogue declared “the brooch is making a surprisingly chic comeback,” used by designers from Céline to Chanel. While fashion tastes come and go, there is one person who has long worn brooches whether they are au courant or not­—Queen Elizabeth II.

Related: A look at the classic fashions of Queen Elizabeth II

Sometimes the choice is dictated by both symbolism and the colour of the Queen’s outfit. At the start of the state visit to Germany in June the Queen decorated her blue coat with the large oval sapphire surrounded by diamonds given to Queen Victoria by her German husband, Prince Albert of Saxe Cobourg and Gotha.

Often, as with her choice in Berlin, she’ll wear something that has emotional resonance. For Prince William and Kate’s wedding, she chose a ribbon of diamonds tied in a lover’s knot. In 2013, she wore the colourful flower basket brooch, given by her parents to mark the birth of her first child, Charles, in 1948, to the christening of his first grandson, George.

Sometimes, years can pass before pieces are seen again. The spray of pink-and-green hued enamel maple leaves worn by the Queen during her 2010 Canadian tour is believed to be the brooch given to the future Queen Mary on a similar tour of Canada in 1901 and, as far as anyone can tell, had never been seen again before its 21st-century outing. According to the Court Jeweller blog, the Queen wore 10 brooches for the first time in 2014. One was a sapphire and diamond brooch bought by Queen Mary in 1934 that is said to have belonged to Empress Marie Feodorovna of Russia (the present Queen’s great-great-aunt).

In June the list got a big boost when she premiered a large ruby and diamond brooch that her mother had often worn. The brooch was given by Victoria to the Crown in her will; it will be passed down to the next monarch.

The collection may be priceless and historic in its nature and scope, but it’s still evolving. Recent additions include a strikingly modern pink tourmaline piece presented by Saskatchewan’s lieutenant-governor in 2013, while last year, the Queen debuted a new pearl and diamond brooch in the form of two swans, created by her personal jeweller, G. Collins & Sons. And when she turns 90 next year, it’s almost certain that another brooch or two will arrive at the palace on her birthday. 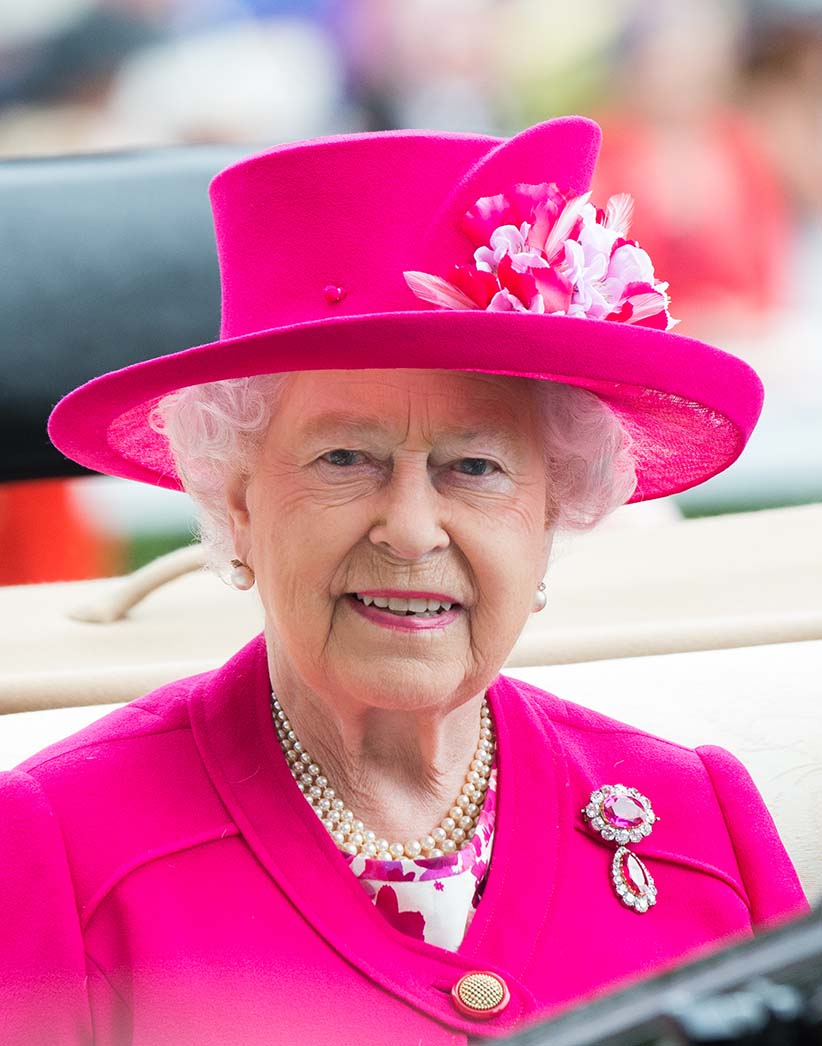 This brooch was given to the Crown by Queen Victoria and is passed from queen to queen. Previously worn by the Queen Mother, it was first worn by her daughter, the Queen, at this year's Ascot races.