There's more to retirement than just numbers. Emotionally preparing for retirement allows for getting the most out of your golden years. 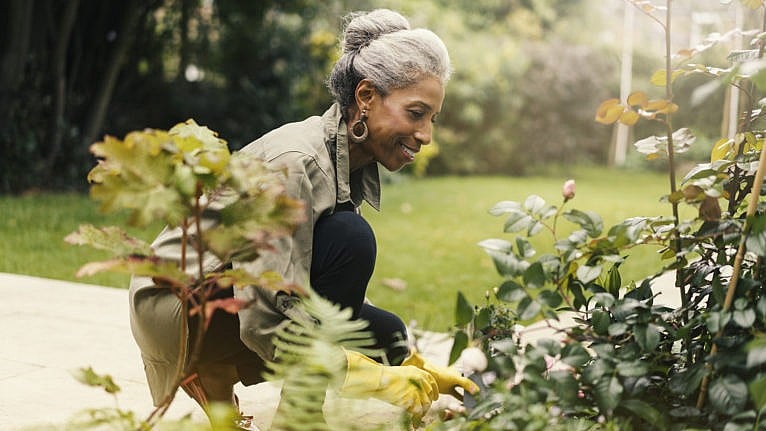 Marilyn Neuman retired from her job as the director of a daycare six months ago, but she still gets choked up remembering how much she loved her career. “I think it was the connection to people,” the 71-year-old says. Neuman’s job was varied and dynamic—she helped parents adjust to life with a baby, hired teachers and handled logistics—and it kept her at the heart of a vibrant community of healthy young people. “I feel lucky that I had that,” she says.

For some, retirement is a much-anticipated release; for others, it’s something to put off for as long as possible. “I remember being 50 and thinking, maybe only 15 more years, and at 60 thinking, only five more years, and at 65 thinking, well, what’s the rush?” Neuman recalls. In fact, if it weren’t for COVID-19, Neuman might still be working. But she began to feel that continuing in her role placed her assistant in an unfair position—Neuman had elected to work remotely, while her assistant remained on-site.

In some ways, the pandemic has eased the transition, as working from home meant getting used to being away from the physical workplace. In other ways, it has deepened the isolation that Neuman feels; the year before she retired, her husband of 44 years passed away. Financially, she is well prepared for the new phase of life she has entered. But the loss of structure and community is harder to navigate. Even though Neuman tapered off work slowly, going from full time to 75 per cent and then 50 per cent of her previous hours, it was still a shock when this stage of her life came to an end. “There’s so much variety, and you’re so busy—and then all of a sudden, it stops,” she says.

A retirement plan is often understood as a set of financial goals. Preparing for the often fraught period of psychological transition is just as crucial.

Psychologists stress that retirement is a process—one that may begin as long as 15 years before a person’s final day of work. The first phase, according to psychologist and gerontologist Ken Dychtwald, is characterized by imagination. For a person in their 40s with a secure job, retirement (and travelling the world) is a distant fantasy. The most important prep in this age group is establishing responsible spending and saving habits. For most people, the second phase begins five or six years before they expect to retire. This period is the anticipation phase, in which a person approaching retirement starts to think seriously about what they plan to do with their time once freed from the constraints of a job.

Retirement itself, in Dychtwald’s model, is referred to as the liberation stage, also known as the honeymoon period. New retirees may feel a burst of euphoria as they take ownership over their life after decades of work. They’ll plan trips and book quality time with family and friends that they never had enough time for during their working lives. But the honeymoon is usually brief, lasting six months to a year. Next comes the disenchantment stage, in which retirees are often bored and disconnected, or become depressed. There’s only so much golf a person can play. The final stage, however, is reorientation—retirees discover a renewed sense of purpose as they discover the activities that bring the greatest meaning to this chapter of life.

Brian Lambier is a Calgary-based career and retirement counsellor who has been working with people in the second stage of retirement since 2006. His clients, who are usually in their mid-50s, voice anxieties about staying healthy and active. But they’re also looking to answer some of life’s most profound questions: who am I, and what is important to me? While Lambier believes it’s best to begin laying this groundwork before retirement, he also works with clients who are in the disenchantment phase—people who find themselves rudderless a few years into their retirement. “A lot of people define who they are by what they do,” Lambier says. “So how do I replace that?” It’s not simply a question of a retiree finding other ways to spend time, he emphasizes. “You need something a lot deeper, that resonates more with who you are as a person, what your value system is, what you’re passionate about, who the people you want to hang out with are. You need to really understand yourself at a deeper level.”

Lauris DaCosta, a former nurse, has devoted her retirement to passion projects. One day in 2018, she received a call from Oliver Jones, the Canadian jazz musician. He wanted to talk to her about a project she was organizing: a short video celebrating Black Canadian history, set to a new arrangement of Oscar Peterson’s song “A Hymn to Freedom.”

DaCosta has been retired for 25 years, but her post-retirement resumé of volunteer work rivals her professional pedigree. She retired at 63, a few years earlier than she had planned, not because she was sick of working, but because a government restructuring of the public health sector had eliminated many of her duties and her job had become less stimulating and busy. “I can’t just sit and do nothing,” DaCosta says. “I’m not that kind of person.” Upon retirement, she and her husband moved to Waterloo, Ont., where they’d bought a house years earlier. It wasn’t really a suitable retirement house, and she knew virtually no one in town, so DaCosta had her doubts about the plan. But shortly after the move, DaCosta, who is originally from Jamaica, went with a friend to a meeting of the local Caribbean association. Before she left, she’d sewn up a spot on their board. Soon after, she started up a community theatre company, helping mount productions of Ain’t Misbehavin’ and Bubbling Brown Sugar.

The key to DaCosta’s fulfilling retirement life may be that she’d already acquired the habit of engaging in volunteer work for causes she cared about. Despite her busy schedule as a nurse, DaCosta spent years as the volunteer education coordinator for the Canadian Diabetes Association. When Lambier works with people who have a negative perception of retirement, it’s often because they associate the cessation of work with a narrowing of opportunities for achievement or self-expression. “This is not an end for you,” Lambier says. “There are still a lot of opportunities for you to contribute and to grow. You’re going to a new life that’s more expanded than just work.”

The transitional period comes after the end of work, but before the start of that new life. What transforms free time into meaningful time is the process of self-discovery that allows the retiree to find the pursuits that will sustain them. “You have to move through the psychological transition,” Lambier says, “to get to the beginning.”